Travellers may soon be forced to undergo facial recognition testing in Australian airports, as well as having their social media scrutinised, under a proposed new law.

The Home Affairs Department recently announced it is considering introducing the technology, LineSight, which uses biometrics and facial recognition to identify someone almost instantly.

It then uses the information to scour social media accounts such as Facebook and Instagram for any links to terrorism or criminal activity.

LineSight was developed by US company Unisys and is now being used at the United States and Mexico border.

Whether or not the tehcnology will be introduced into Australia has yet to be decided, but Home Affairs Minister Peter Dutton said he is looking into all options regarding aviation security.

Prime Minister Scott Morrison announced this week that police would be given greater powers within airports – a move Mr Dutton supports.

Mr Dutton said the Police Powers at Airports Bill 2018 expands existing powers to enable police to direct a person to provide proof of identity, ‘move on’ from airport premises, or not take a flight, where they pose a criminal or security threat.

‘While Australia already has strong and comprehensive aviation security, we need to remain ahead of this very real and evolving threat,’ Mr Dutton said.

‘We have seen the incredible fear and heartache caused by terrorists around the world who wish to target the aviation network. 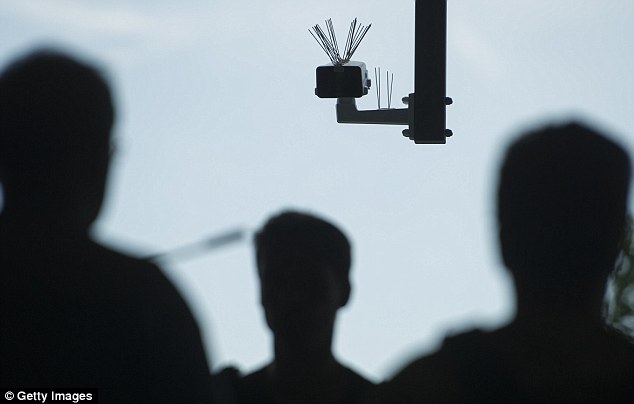 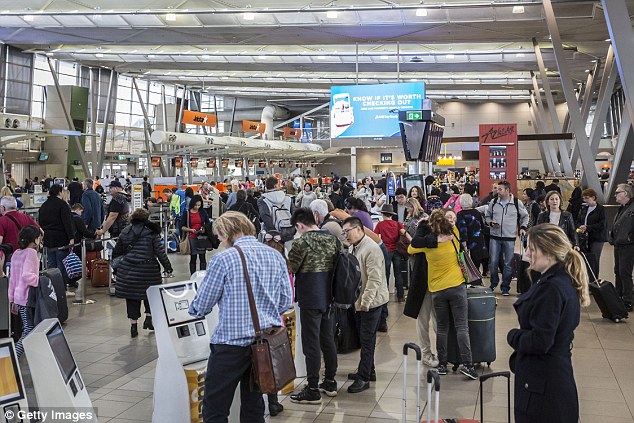 ‘We also know that Australia is at risk. This was most clearly illustrated last July, when catastrophic consequences were avoided through the disruption of a terrorist plot targeting a passenger plane in Sydney.’

The proposed powers complement a $294 million slate of Government initiatives designed to ensure Australia remains a world-leader in aviation security.

Police will exercise identity checking powers based on clear criteria in the legislation and rely on their specialist expertise and training.

Police will not have the power to check the identity of people at random in the airport environment.

‘Together with the range of Government-funded measures it will help keep the community safe and go a long way to making sure Australia remains a trusted destination for trade and travel,’ Mr Dutton said. 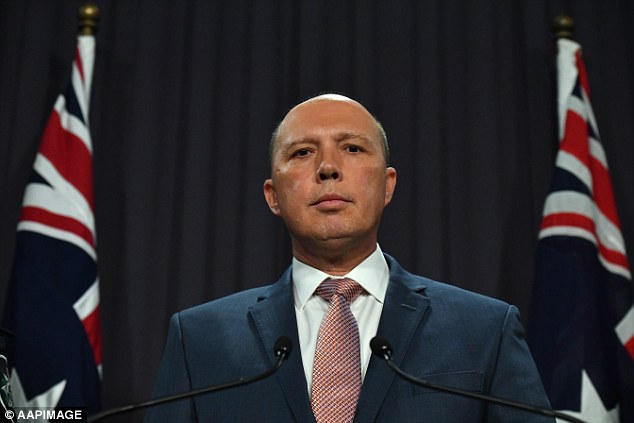 ‘While Australia already has strong and comprehensive aviation security, we need to remain ahead of this very real and evolving threat,’ Mr Dutton (pictured) said

Unisys CEO Peter Altabef confirmed that he has been in discussions with government officials about the prospect of introducing LineSight into Australia, The Daily Telegraph reported.

‘When you have a standard immigration check, whether at a machine or in detail with an agent you have less than two seconds to do a check of all of the databases you are looking at so obviously no human can do that,’ he said.

‘Ultimately to reduce things like sex trafficking and terrorism, this is the aim of the game here, what we have done with this system is go much deeper.’

Whether LineSight is used or not, the company still has a $44million contract from the Home Affairs office to overhaul all facial recognition scanners which is expected to be completed by 2019.