Blink-182’s Travis Barker is widely regarded as one of the best drummers in the music industry.

But he could face some stiff competition from a rather unexpected musician – Xiaomi’s humanoid robot, CyberOne.

A new video shows the $104,000 robot drumming along to a song with expert precision.

Drumming isn’t CyberOne’s only skill – it also has arms and legs that allow it to walk just like a real human, while the android is fitted with AI technology that allows it to detect 45 human emotions.

A new video shows Xiaomi’s humanoid robot, CyberOne drumming along to a song with expert precision

Degrees of freedom in motion: 21

In the short clip, which was posted to YouTube by IEEE Spectrum, CyberOne can be seen sitting behind a drum kit, playing along to a pre-recorded track.

‘The input for this performance is a MIDI file, which the robot is able to parse into drum beats,’ IEEE explains.

‘It then generates song-length sequences of coordinated whole-body trajectories which are synchronized to the music, which is tricky because the end effectors have to make sure to actuate the drums exactly on the beat.’

While CyberOne accurately plays along to the beat, its performance doesn’t exactly have much flair to it.

Commenting on the YouTube video, one user joked: ‘The performance is a bit…robotic.’

Another wrote: ‘He’s got rhythm, but he’s got no soul!’, while one quipped: ‘Drummers, your jobs are safe… For now.’

CyberOne was first unveiled on stage during a Xiaomi event in Beijing in August.

‘With AI at its core and a full-size humanoid frame as its vessel, this is an exploration of possibilities of Xiaomi’s future technological ecosystem and a new breakthrough for the company,’ said Lei Jun, Founder, Chairman, and CEO of Xiaomi Group. 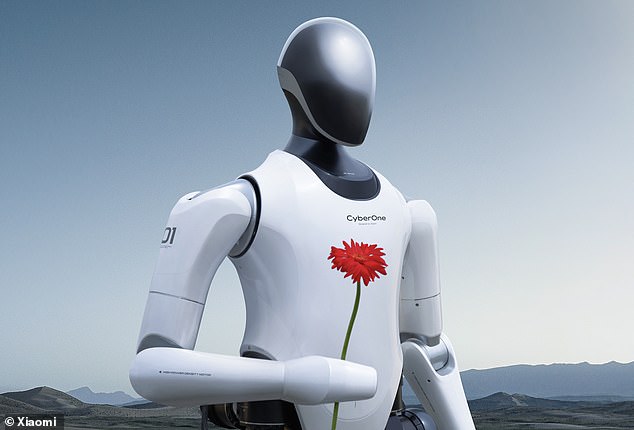 CyberOne has arms and legs that allow it to walk just like a real human, while the android is fitted with AI technology that allows it to detect 45 human emotions 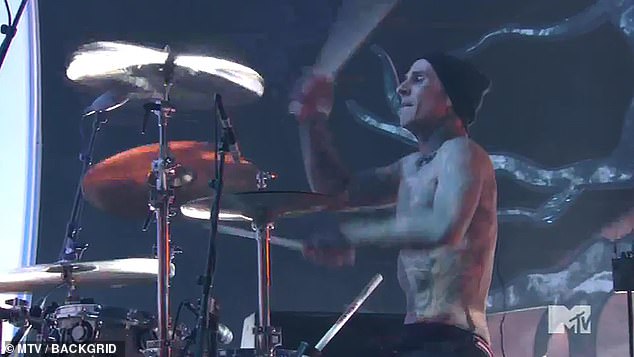 It was seen shuffling on stage during the event, albeit with slightly less fluid motion than a real human.

‘CyberOne supports up to 21 degrees of freedom in motion and achieves a real-time response speed of 0.5ms for each degree of freedom, which allows it to fully simulate human movements,’ Xiaomi explained in a statement. 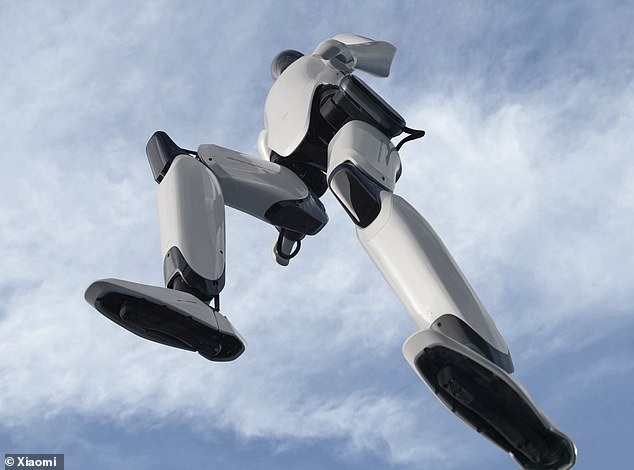 CyberOne is fitted with an AI interaction algorithm that allows it to perceive 3D space, as well as recognise individuals, gestures, and expressions.

According to Xiaomi, the bot can recognise 85 different environmental sounds, and 45 human emotions.

‘CyberOne is able to detect happiness, and even comfort the user in times of sadness,’ the statement added.