Travis Scott-penned script is being produced by A24: ‘Life is a movie’

Travis Scott-penned script is being produced by indie darling A24: ‘Life is a movie’

Travis Scott is making a movie with A24.

The film company, which is beloved for its cutting-edge style, announced the news on Monday via social media.

Keeping the details to the bare minimum, they shared a stark photo of a script with the title Utopia blacked out in marker and rap giant Travis’ name credited right below.

Action! Travis Scott is working with film company A24 to develop at new movie titled Utopia 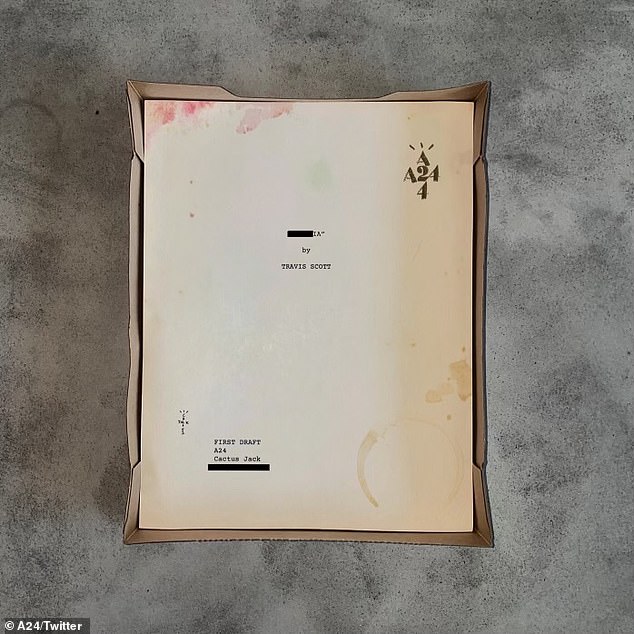 Read between the lines: Keeping the details to the bare minimum, A24 announced the project with a stark photo of a script with the title blacked out and rap giant Travis’ name credited right below

There was little more information, save for a ‘first draft’ mark and the name of Scott’s record label Cactus Jack down in the left corner.

The Astroworld rapper offered some personal insight in his Instagram caption, writing: ‘Life is a movie. So is this album.’

‘@cactusjack and @a24 set out to bring amazing content for the future . Thru film and media. Starting with this [mind blown emoji.] 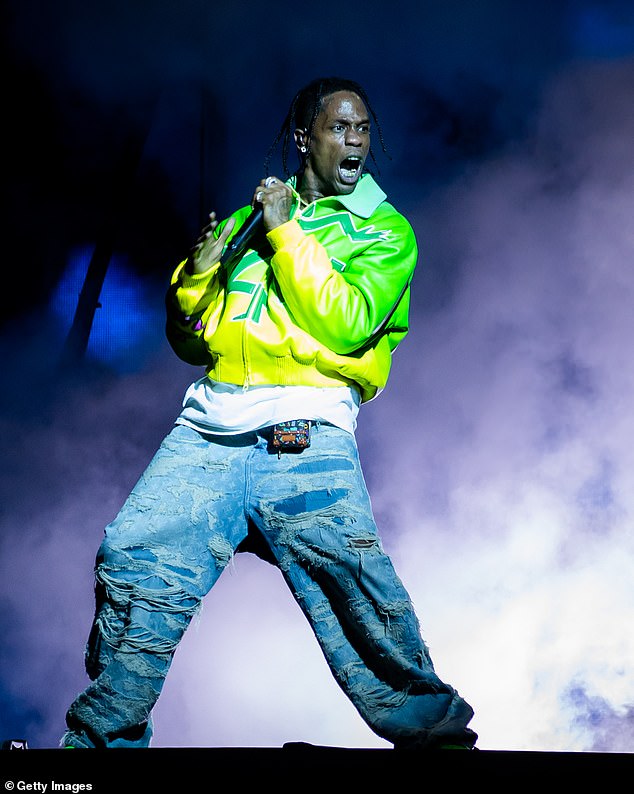 New stuff: He premiered a new song at the Rolling Loud Miami festival in July, above

The entertainment company has been behind some of the most riveting releases in the past few years, with credits including Moonlight, The Florida Project, Midsommer, and Uncut Gems in addition to the TV series Ramy and Euphoria.

They’ve been honored with 25 Academy Award nominations and has connections to Oscar winners including Room, The Lighthouse and Ex Machina.

Scott’s Cactus Jack started as his recording banner before expanding into high-profile projects like his McDonald’s meal and partnership with the video game Fortnite.

The A24 project is ‘in the works and will align with Scott’s upcoming album,’ according to insiders who spoke to Variety. 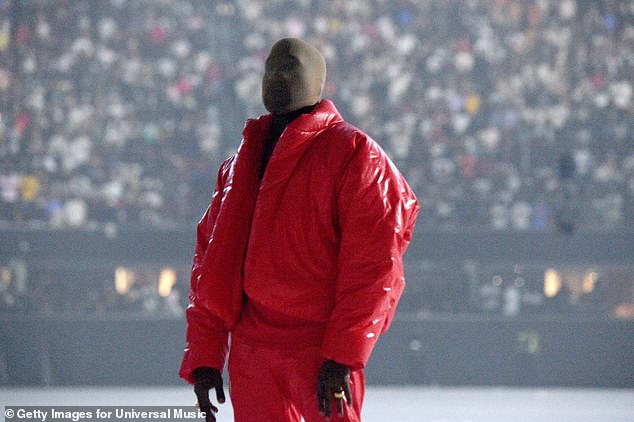 Travis, who shares a daughter with Kylie Jenner, has already been teasing new music.

He premiered a new song at the Rolling Loud Miami festival in July and also appeared on a new Kanye West track reportedly titled Praise God, which was first heard during an Atlanta, Georgia listening event on July 22nd.

Talking about his new stuff in an interview earlier this year, Scott said, ‘I’m totally working on an album — I definitely care more about making albums than just dropping songs.

‘I like dropping songs as much as I wanna drop them, but I love albums — I grew up on them.’