The contents of the home of a late Tory grandee who helped bring Margaret Thatcher to power are being sold by his family.

Over 100 items owned by Sir Edward du Cann, including a rare maquette sculpture of the Winston Churchill statue in Parliament Square, are going under the hammer for an estimated £90,000.

Sir Edward was an MP for 31 years and the longest serving chairman of the powerful 1922 Committee. It was his influence that led Thatcher to become the Conservative leader in 1975.

Despite his part in making her Britain’s first female prime minister, Sir Edward was not given a ministerial role, settling instead for chairman of the Treasury select committee.

He played a key role in making the parliament committee structure more important, was knighted in 1985 and left the Commons in 1987. 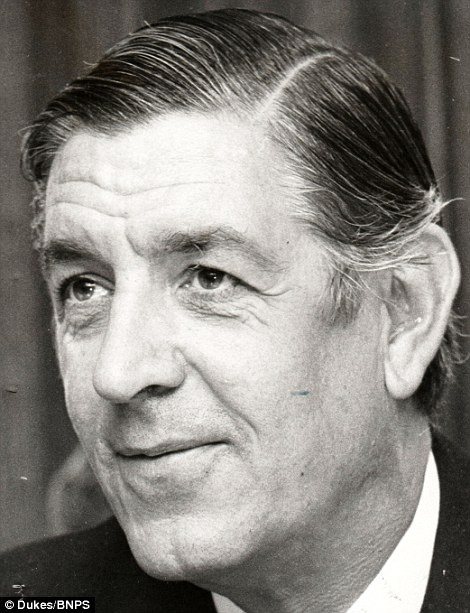 Sir Edward du Cann, one of the most influential public figures in Britain during the second half of the 20th century

He died last year aged 93 and numerous possessions for sale were taken from his living quarters at Barrington Court, a grand stately home close to his former Taunton constituency in Somerset.

Among the items being sold are several bronze sculptures of Prime Ministers Winston Churchill, Margaret Thatcher and Clement Atlee.

The 20inch tall maquette of Churchill was a prototype made by Ivor Roberts-Jones for the large-scale sculpture that stands in Parliament Square.

Sir Edward met Churchill when he first stood for election in 1951 as the Tory candidate for West Walthamstow – where the Prime Minister Clement Atlee was the sitting MP.

The maquette is unnumbered but bears the foundry stamp and Roberts-Jones’ name and is expected to sell for £50,000.

A bronze bust and a maquette of Thatcher, both signed by artist Anthony Dufort, are also up for auction.

The maquette is a copy of one made by Dufort for the 7ft 3in statue of Lady Thatcher which is in the House of Commons.

That original maquette sold at a charity auction for more than £200,000, but this 19inch copy – one of an intended limited edition of nine but so far the only one created – has an estimate of £3,000.

The bronze bust is expected to fetch £1,000, while a bronze of Labour Prime Minister Clement Atlee, who defeated Sir Edward in 1951, is expected to sell for £400.

Sir Edward retired to Cyprus but kept two apartments in England, one in London close to the Palace of Westminster and one at Barrington Court. 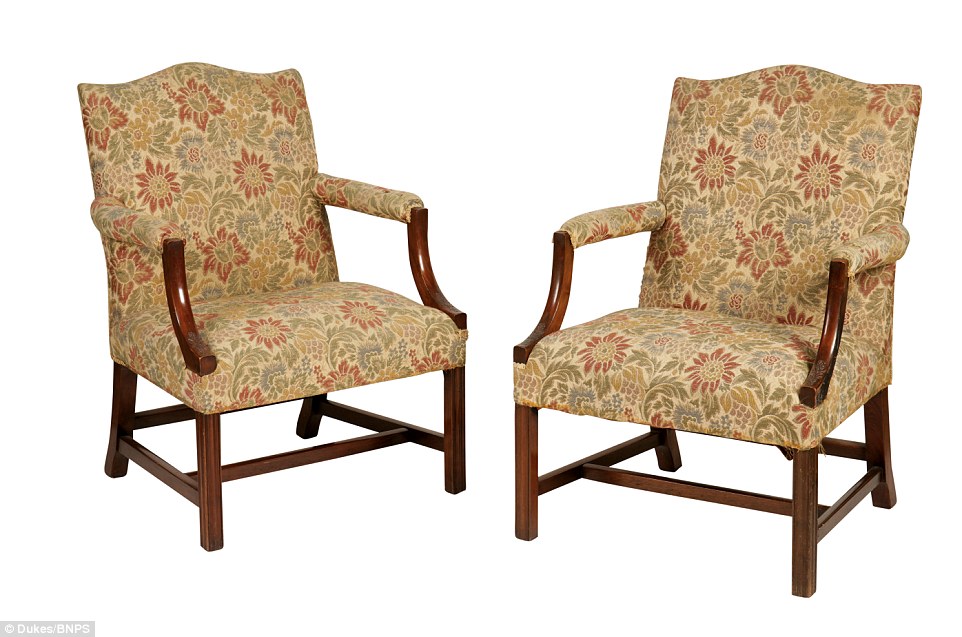 The collection will be sold in the Dorchester saleroom on September 6, with over 100 items expected to go under the hammer 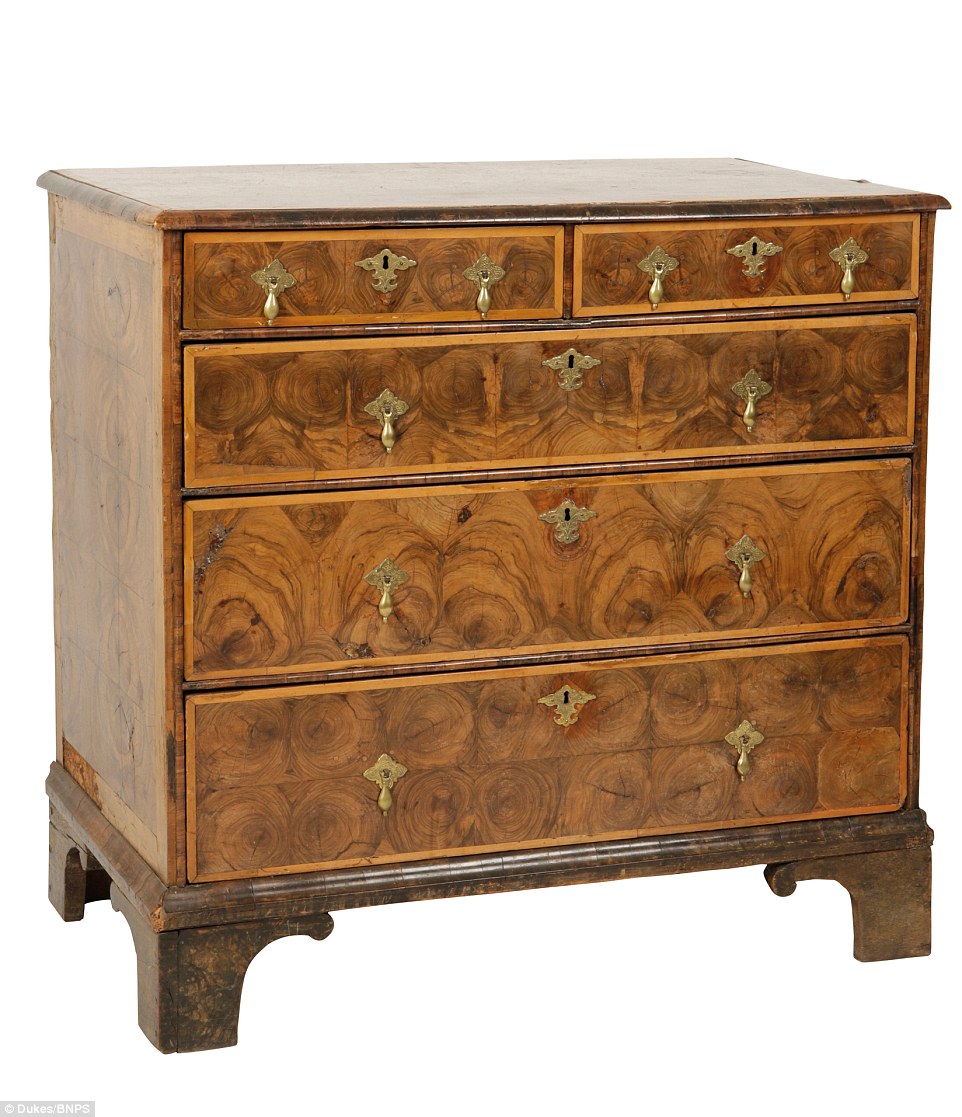 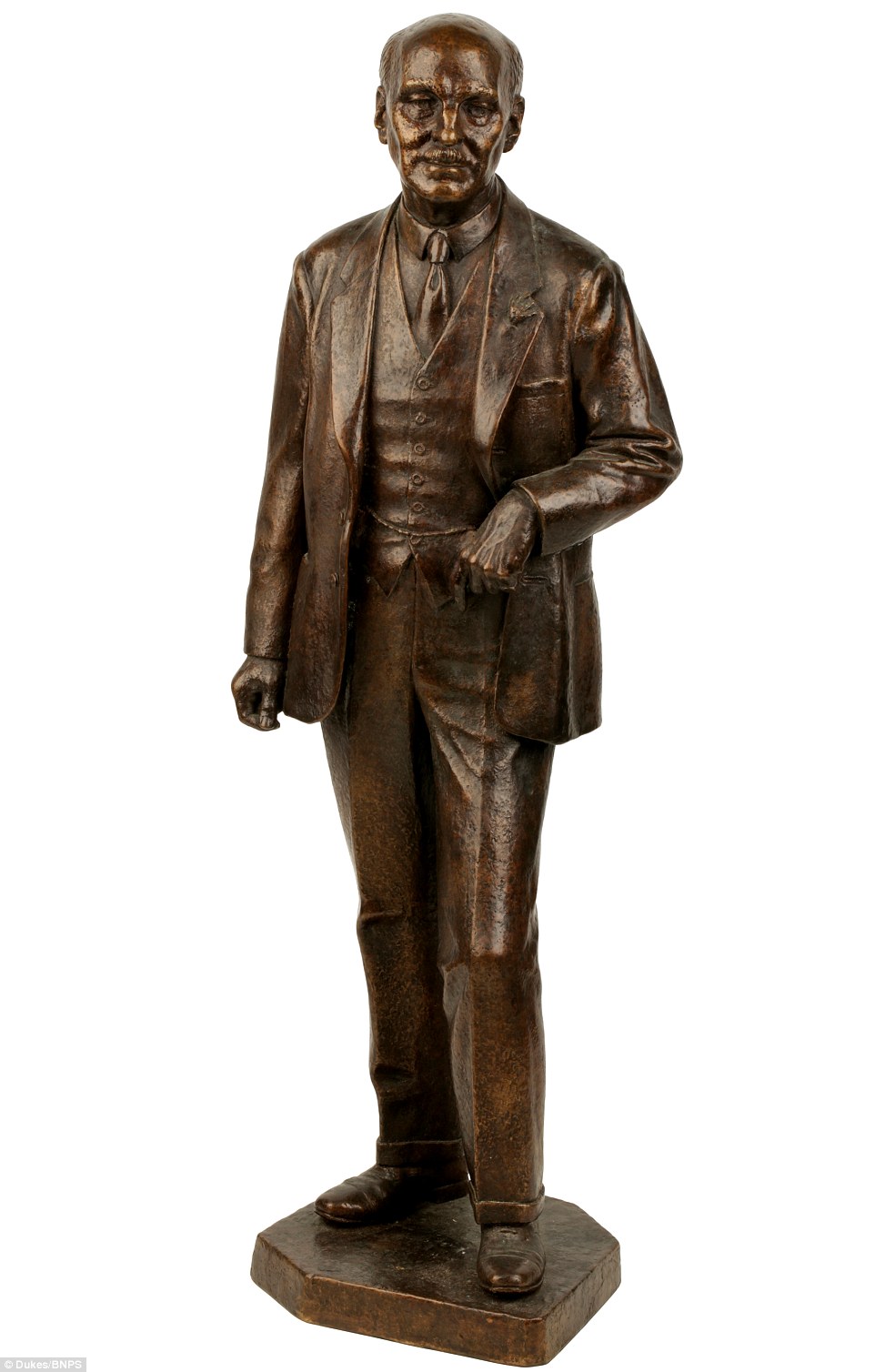 When Sir Edward retired to Cyprus he kept two apartments in England. The bust of Clement Atlee (pictured) is expected to sell for £400 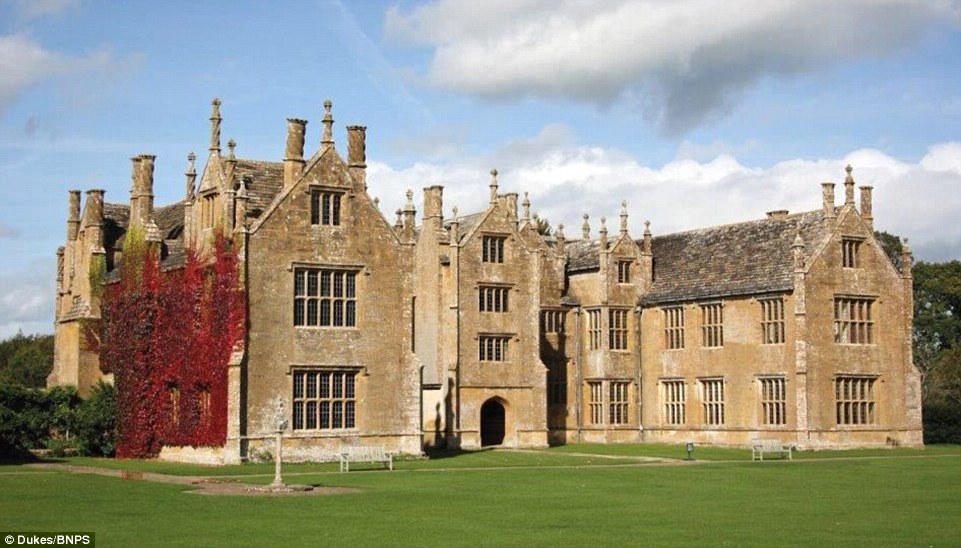 This collection of furniture, paintings, pottery, rugs, and sculptures is taken from those apartments and totals 124 lots.

One object is a 17th century oak stool given to him in the 1980s by the 1922 Committee for his service as chairman.

It also includes ceramics that reflect his passion for political history including commemorative pieces to do with the Battle of Trafalgar, the repeal of the Corn Laws and commemorating election results. 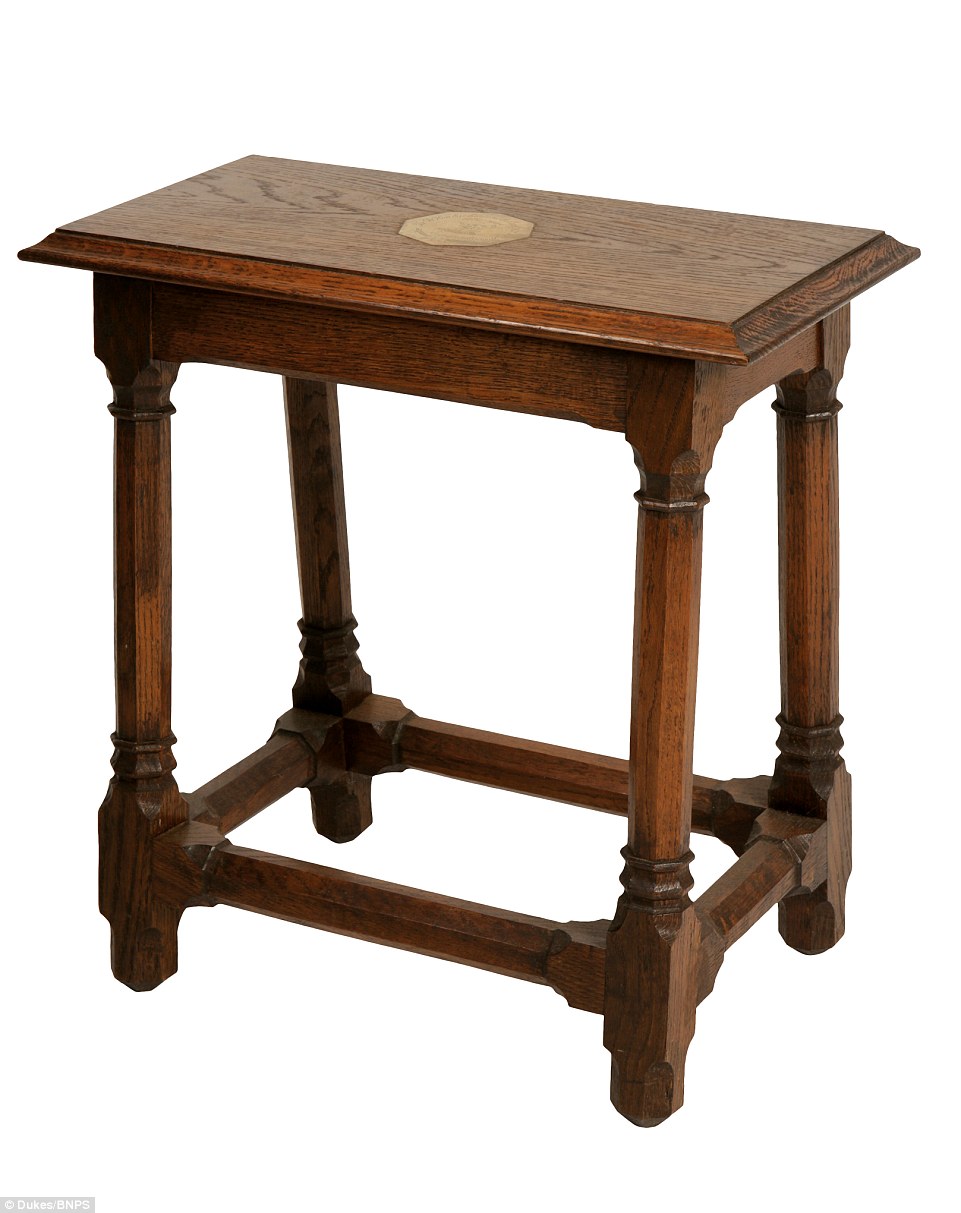 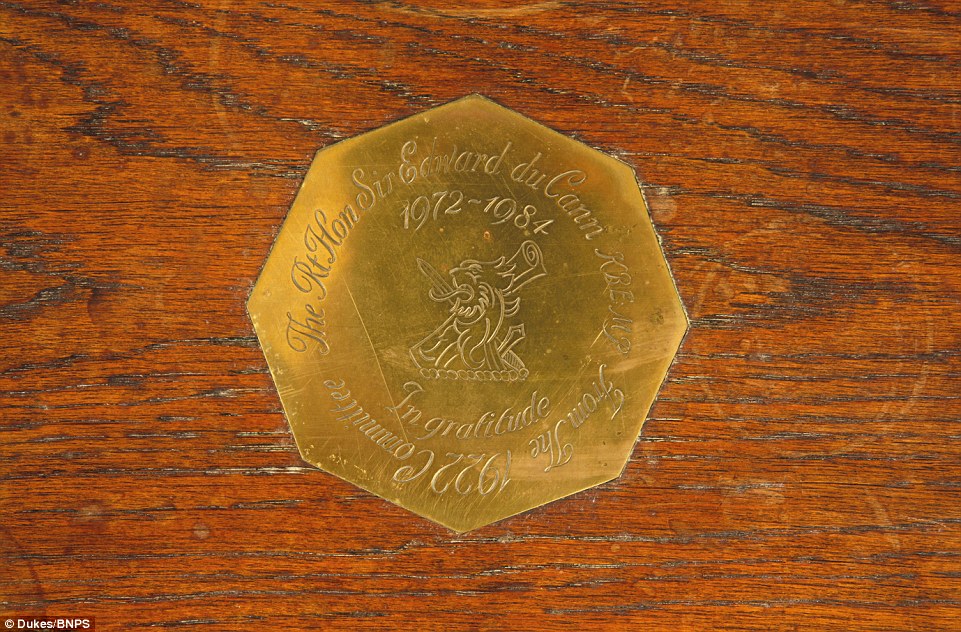 Over 100 items from his collection are set to go on sale on September 6. The octagonal plaque on an oak joined stall (pictured) is estimated to sell for £200

His family have given political memorabilia important to his constituency to the museum in Taunton and hope his collection relating to the political career of the Duke of Wellington after the Battle of Waterloo will go to the National Portrait Gallery in London.

‘At the height of his career Sir Edward’s name was rarely off the front pages and it is a great honour to be selling so many fascinating objects from his collection, which give a clear insight into the man behind the public figure.

‘The bronze of Churchill is an iconic piece of sculpture.’

The collection will be sold on September 6.

Sir Edward du Cann was claimed to have been one of the most extraordinary, elusive personalities in the financial and political history of Britain in the 1960s and 1970s.

He was one of the longest serving chairman of the 1922 Committee and he also played a considerable role in helping to elect Margaret Thatcher to the leadership of the Conservative party.

In the City, he was a pioneer in linking life insurance to unit trusts, promoting the then-alien idea of personal investment in the stock market.

From an early age Sir Edward had been involved in politics. In 1951 he fought Walthamstow East, the seat of Clement Attlee – then Labour Prime Minister – and in 1955 he fought and lost another safe Labour seat, Barrow-in-Furness.

The next year he had a stroke of luck, gaining the nomination for the supposedly safe Conservative seat of Taunton. The by-election came in early 1956 when the electors were already becoming disillusioned with the Prime Minister, Sir Anthony Eden, and Du Cann only just scraped home with a majority of 600 votes – but he retained the seat more comfortably for the next 31 years.