A newly published Trump administration list of Russian oligarchs – already being criticized for failing to impose any new sanctions – is now accused of being cribbed from a publicly available list of billionaires published by Forbes Magazine.

The Treasury Department released the list of powerful Russians and oligarchs worth more than $1 billion on Monday, shortly before a midnight deadline.

But the list of 96 oligarchs appears to copy Forbes’ famous 2017 rich list, which lays an array of figures in Russian energy and materials sectors who were able to secure vast resources for themselves when old Soviet assets got sold off.

But the list also contains some Russians who are simply rich, and didn’t accumulate their wealth by making off with state resources.

‘Forbes went through the lists and confirmed that indeed the Treasury Department’s list is an exact replica of the Russians on the 2017 billionaires list,’ the outlet reported.

A Treasury spokesperson didn’t deny lifting the list in a statement to the magazine. ‘There is not a statutory or regulatory definition of oligarch, so Treasury included the $1 billion threshold as a reasonable number, which is similar to criteria contained in the U.S. Forbes list.

The administration was already under fire for simply releasing a long list of Russian government officials and billionaires, while still not imposing any new sanctions.

Under a law past six months ago by an overwhelming majority following the intelligence communities conclusion that Russia interfered in the U.S. presidential election, the administration had 180 days to produce a list of sanctioned individuals and entities. 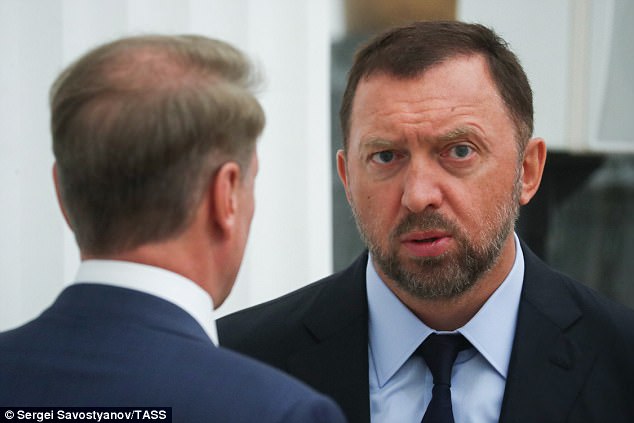 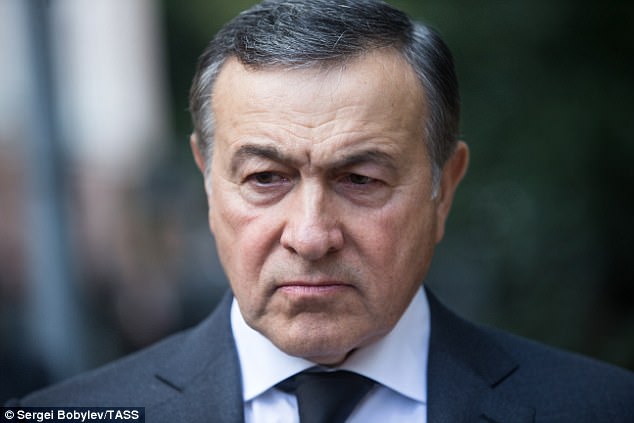 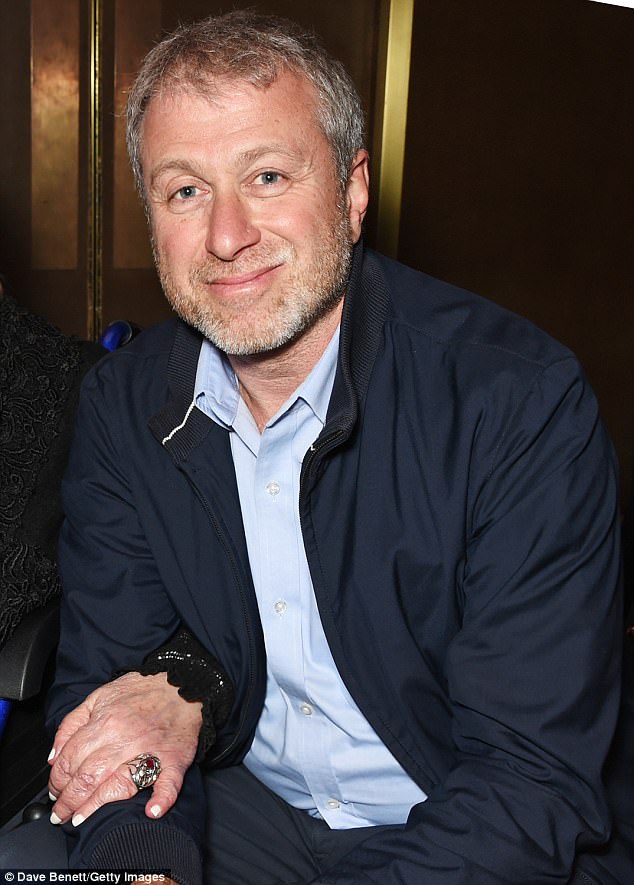 Roman Abramovich attends the press night after party for The Sovremennik Theatre Season at the May Fair Hotel on May 3, 2017 in London, England

President Donald Trump signed the law even while blasting it.

Nevertheless, Russian President Vladimir Putin expressed displeasure at the release of the list, even in its toothless form.

‘I am offended, you know,” he told supporters with a smile, citing a famous line from a popular Soviet-era movie, AFP reported.

Included on the list are two billionaires who have featured in the complex Russia saga. One is Aras Agalarov, whose estimated $2.1 billion net worth in real estate landed him on the Forbes and Treasury lists.

Agalarov’s pop star son, Emin, is the person who famously reached out to Donald Trump Dr. with an offer of dirt on Hillary Clinton.

Another is aluminum magnate Oleg Deripaska, whose worth is estimated at $6.9 billion. He hired Paul Manafort, who went on to become Trump’s campaign chair. He has since been charged with money laundering and conspiracy by special counsel Robert Mueller. 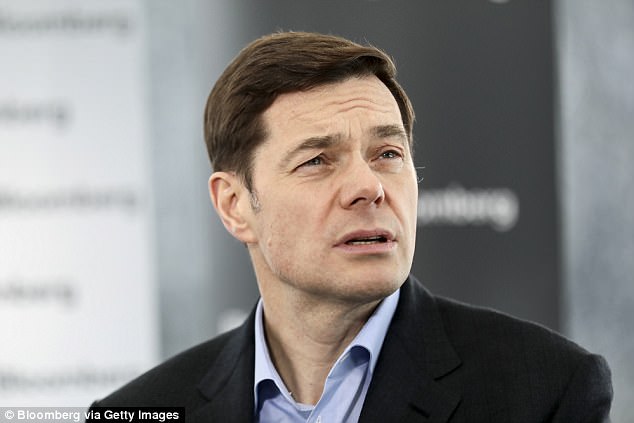 Alexey Mordashov, billionaire and chairman of Severstal PAO, speaks during a Bloomberg Television interview on day three of the World Economic Forum (WEF) in Davos, Switzerland, on Thursday, Jan. 25, 2018. 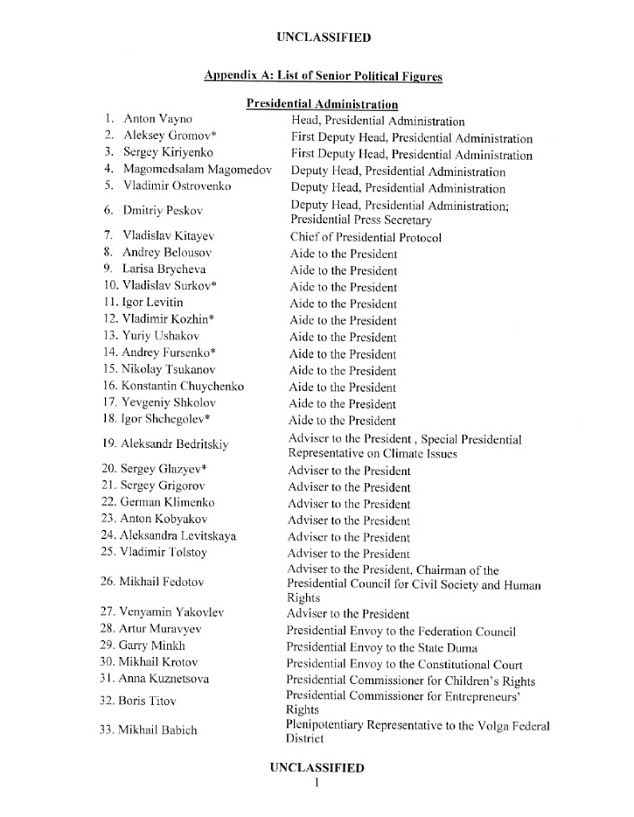 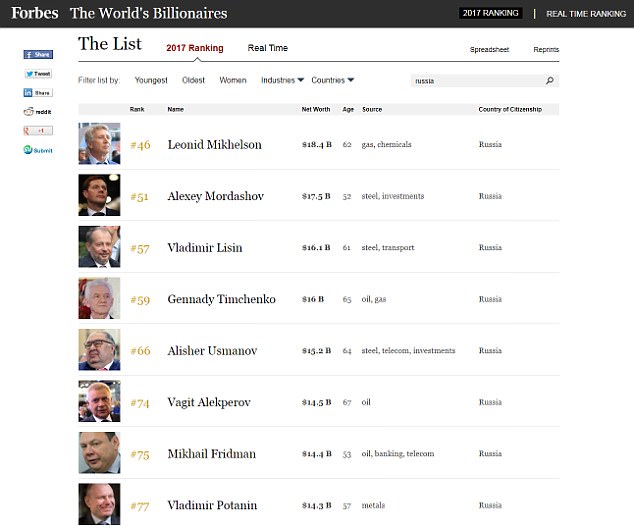 LOOKS FAMILIAR: The billionaires listed were also listed in a Forbes magazine list

Eugene Kaspersky, who according to Forbes started his own anti-virus company – which U.S. lawmakers have blasted as a security threat – disputed being included on an ‘oligarchs’ list. ‘It’s not a sanctions list,’ he wrote on Twitter, and ‘our operations are intact.’

Rep. Eliot Engel of New York, the top Democrat on the House Foreign Affairs committee, blasted President Trump for failing to call out Russia’s actions in his State of the Union address.

He told DailyMail.com there would be new pressure from Congress to impose sanctions. ‘You would think that Russia, having subverted our elections and trying again to do this – there seems to be an inability by this president and this administration to talk about Russia,’ he said.

Pressure was needed ‘To put Russia in its place to put Putin in his place,’ he said. ‘What is it between Russia and the Trump administration?’ Engel asked.