Radical plans to axe up to £34billion worth of annual tax perks on pension pots has triggered a fierce row within the Treasury.

Branded risky and short-sighted by experts, the proposal would abolish tax breaks on the money savers put into their pensions and instead let them withdraw it tax-free later on.

This is a complete reversal of the current system which allows money to be put into pensions tax-free but then charges a levy on the way out.

The radical overhaul being mooted by the Government could turn pensions into ISA-style savings accounts and is said be favoured by young Treasury officials.

Currently, taxpayers who put money into a pension receive a refund on the rate of income tax already paid – at 20 per cent, 40 per cent or 45 per cent – meaning their pension contributions are effectively tax-free.

This tax relief could now be scrapped under plans to simplify pensions, saving the Treasury billions of pounds a year, but with potentially devastating consequences for savers.

Whitehall mandarins are said to have come up against stiff opposition from others in Government who claim an entire generation could be deterred from saving for their retirement.

Instead, they have suggested a flat rate of tax relief of 30 per cent, and some taxation when workers withdraw their funds, so people would not be tempted to fritter away their cash too soon.

But Chancellor George Osborne signalled he was tempted to scrap all tax relief after announcing during Wednesday’s Budget that he was open to ‘radical change’.

Launching a Green Paper into different options, he said: ‘Pensions could be taxed like ISAs. You pay in from taxed income – and it is tax- free when you take it out. And in-between it receives a top-up from the Government.’

Mr Osborne said he wanted a pensions system which was ‘simple and transparent’ and raised concerns that people were being deterred from saving because of the ‘complexity’ of pension tax relief.

It is unclear how the Chancellor’s suggestion – that pensions could receive ‘top- up from the Government’ in between putting the money in and taking it out – might work.

Experts said it could involve bonus payments if people kept their money invested for a set amount of time without withdrawing it.

Pensions expert Malcolm McLean, of consultants Barnett Waddingham, said: ‘Getting rid of tax relief would be seen as an attempt to create a cash windfall for the Treasury.

‘It would also involve a lot of trust from younger workers that their money will still be tax-free when they try to take it several decades later.’ 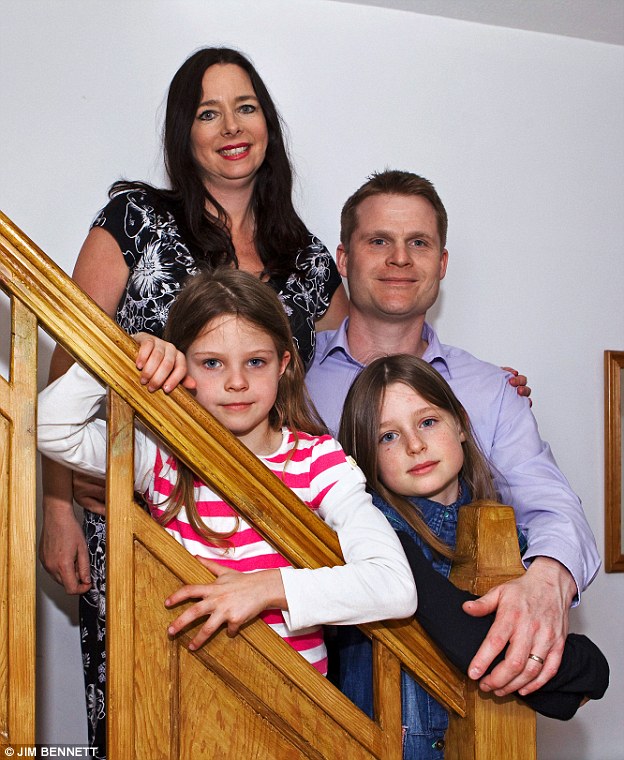 Receptionist Vanessa Powell said she would be less likely to save into a pension if she was not able to invest it tax-free.

Mrs Powell, who lives with architect husband Stacy, 39, and their children Jessica, ten, and Violet, eight (all pictured, above), in Surrey, said: ‘One of the reasons I put my money in is because the Government give you the tax back.

‘There would also be a risk you would be taxed again on the way out. In ten years a Government could say “we want to tax it again and change it again” and then what would we do?’.

She said she would also like to know how such changes could affect pensions which she no longer paid into.

Claire Trott, at Talbot and Muir, said: ‘No tax relief on money put into pensions would provide little incentive to save.

‘Currently, people get tax relief up front, it is money in your pocket from the Government immediately. It is extra money invested during your working life, growing and making money.

‘Offering tax-free withdrawals is so far in the future for many workers – and who knows what will happen in the future? Other than the employers’ contributions, it would make it the same as a savings ISA.’

Ashley Seager, of the Intergenerational Foundation, said younger generations could be betrayed if a future Government later reinstated rules taxing pensions upon withdrawal.

He said workers would be ‘hit by a taxation double whammy if future governments decide to tax these products when money is taken out as well as when money is put in.’

The question is how much do people trust that a future Government 20 years down the line will give them their money tax-free?

Others said ISA-style pensions savings accounts could tempt people to spend their funds before they reached old age if it was not ‘locked up’ until a certain age, or taxed upon withdrawal.

Currently, pension savers cannot take their cash until they are 55, at which point 75 per cent of all withdrawals are taxed.

He said: ‘Getting rid of tax relief would give this Government huge savings now but create a potential gap in tax revenue in the future – but by then it would be a different Government’s problem.

‘The question is how much do people trust that a future Government 20 years down the line will give them their money tax-free?

‘Running two separate pensions systems, the old and new, with two different tax treatments, would also have huge ramifications for the industry.’

Pension providers said they were pleased the Government had not rushed into any radical reforms and had launched a green paper to open up discussions.

Mr Osborne announced in the Budget that it would scale back the amount of tax relief people earning over £150,000 would receive, but the green paper suggests they could go far beyond this.

The paper said the Government is interested in an ‘alternative system that is simple and transparent’ and called on the industry for suggestions on ‘whether and how the current system of pensions tax relief could be reformed’.

A Treasury source said: ‘This is a discussion document and the Chancellor is agnostic about it. He wants to look at whether this is something we should consider, but there is no commitment to doing it.’

Does anyone care about retirement?

From the moment the Chancellor stunned everyone with his bold reforms on pensions in 2014, it seemed inevitable that further radical change on retirement saving would follow.

And so this week George Osborne ushered in the possibility of a second pensions revolution. This time though – rather than liberalising a broken system, the Treasury risks killing retirement saving for good.

In the Budget the Chancellor said: ‘Pensions could be taxed like Isas. You pay in from taxed income – and it’s tax free when you take it out. And in-between it receives a top-up from the government.’

Publicly the intention of further reforms is to make retirement saving fit for the modern day. Privately though, it is about saving some – if not all – of the £34billion the Treasury spends on pension tax relief each year. This is a pot of gold for a cost-cutting Government.

Currently, whenever someone pays money into a pension they get back the income tax paid on their earnings. 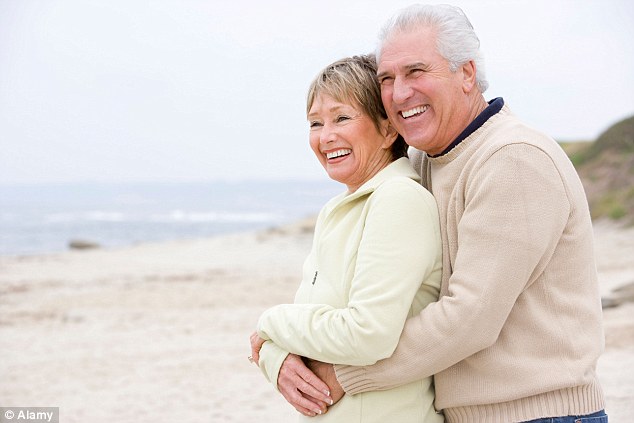 Currently, whenever someone pays money into a pension they get back the income tax paid on their earnings. (Picture posed by models)

So when a basic rate taxpayer saves £1 in to a pension, 80p comes from their own funds and 20p from the Treasury.

A higher rate taxpayer pays only 60p gets a 40p contribution from the Treasury and top rate payer just 55p, receiving 45p in tax relief. It’s a huge perk of the tax system.

The previous pensions minister Liberal Democrat Steve Webb advocated a flat rate of pensions tax relief of 33p for all, and this option has not been totally dismissed.

But whispers from Whitehall are that young Treasury officials are talking about scrapping all tax relief. They seem to want a type of retirement Isa – where you don’t get a tax top up, but the money taken out is tax free.

They probably don’t care deeply about the future of pensions, they just want to save their boss money.

But how we save for our retirement should not be dictated by civil servants whose own generous pensions are funded at our expense.

A retirement Isa could prove a disaster for future and for current savers, who have already put billions in pension funds.

With hardly any or no State top-up, there would be little incentive to save for old age – even if employers continue to make a small contribution.

Tax relief, or some kind of tax-top-up is how the nation rewards the diligent. Without it, young workers will sacrifice saving and, in the end, it will only increase the burden on the State.

The impact on existing pension savers could also be dramatic. History has shown that when savings schemes are closed to new business, whether it be with-profits plans, older pension schemes, or child trust funds, the funds in them are left to whither away.

Hundreds of billions of pounds in current schemes could become trapped in one of these ‘zombies’.

With so much money up for grabs it seems unlikely that all the tax breaks savers currently now enjoy on pensions will last. Other radical plans are also on the table.

But whatever the Chancellor decides – saving for retirement is likely to change forever.