The Treasury was today embroiled in a sexism row after it chose the only man on a shortlist to a senior job at the Bank of England.

Economics professor Jonathan Haskel was appointed to the Monetary Policy Committee (MPC) even though eight of the nine current members are men.

The controversial decision was made public just hours after government officials blasted boardroom bosses for failing to appoint enough women to top jobs.

MPs branded the decision ‘truly staggering’ and warned that they may decide not to endorse Mr Haskel in protest at the decision not to appoint a woman.

Politicians have warned the Treasury is must do more to tackle the yawning gender divide.

But officials decided to appoint a man – even though four out of the final five shortlisted candidates were women.

Labour MP Rachel Reeves, chairwoman of the Business Select Committee, said: ‘Eight of the nine-strong Monetary Policy Committee are currently men and it is truly staggering that the Treasury has failed to appoint a woman to this role.

‘The fact that four women were shortlisted shows that there are plenty of capable and well qualified women, but yet again the top jobs seem to be reserved for men.’

While John Mann, a member of the Treasury select committee, said they may refuse to endorse the appointment.

He tweeted: ‘It cannot be presumed that the Treasury Committee will endorse this candidate, having warned government of the huge gender disparity.’

Under current rules the Treasury select committee can decide to hold a hearing to question an appointment to the MPC – which meets several times a year to decide on interest rates.

While they do not have a straight forward veto, their questions and opinions are taken into account.

A Treasury spokesman insisted the appointment was based on merit. He added: ‘We are committed to diversity and encouraging the broadest range of candidates.

‘We actively contacted 44 women to apply for this role, 80% of those interviewed were women and the majority of those on the interview panel were women. The final appointment decision was based on merit.’

Today’s sexism row is a major humiliation for officials as it comes just hours after it tried to shame Corporate bosses for their own failure to appoint women. 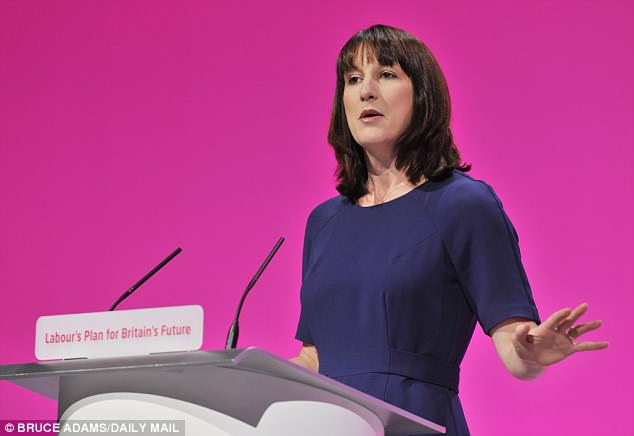 Labour MP John Mann, who sits on the Treasury select committee, said they might to decide not to give their stamp of approval to the appointment over the gender row

The business department released a report slamming top executives for using ‘pitiful and patronising’ excuses to keep women out of boardrooms.

It released a list of the worst excuses used by FTSE bosses to explain away why their boardrooms are male dominated.

Among the excuses from business leaders were ‘I don’t think women fit comfortably into the board environment’ and ‘most women don’t want the hassle or pressure of sitting on a board’.

Amanda Mackenzie, chief executive of Business in the Community, said: ‘As you read this list of excuses you might think it’s 1918 not 2018.

‘It reads like a script from a comedy parody but it’s true. Surely we can now tackle this once and for all.

‘Maybe those that give credence to these excuses are the ones that are not up to sitting on boards and should move over: we are in the 21st century after all.’