Great British Menu judge Oliver Peyton says opening a very modern funeral parlour – that claims to rip up the rule book on how we do death – has ‘changed his life’.

The successful restauranter, who has spent much of his working life in hospitality, says his new career as a funeral director offering the bereaved – and the well organised still-living – the chance to plot the farewell party of their dreams is proving hugely rewarding.

Peyton’s upmarket funeral directors, Exit Here, opened its doors in West London seven weeks ago and, with its sleek white exterior, neon sign and trendy showcase coffin in the window, it’s a million miles away from the traditional high street funeral parlour.

The 58-year-old says he feels many modern funeral directors have ‘skipped a century’ and are still operating as their Victorian counterparts did. 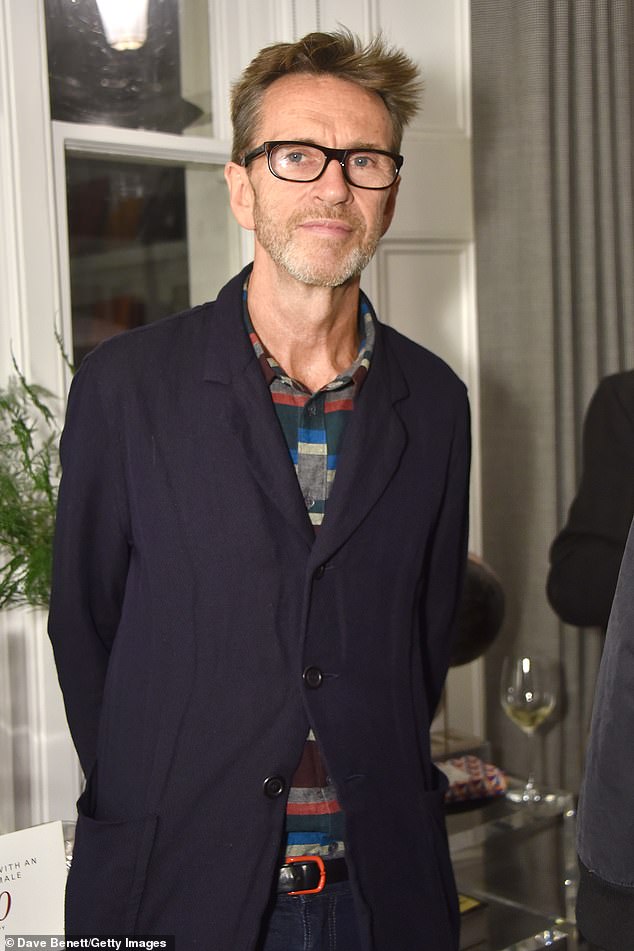 Restauranter Oliver Peyton, a judge on BBC series Great British Menu, decided to enter the funeral business after being disappointed with his own parents funerals 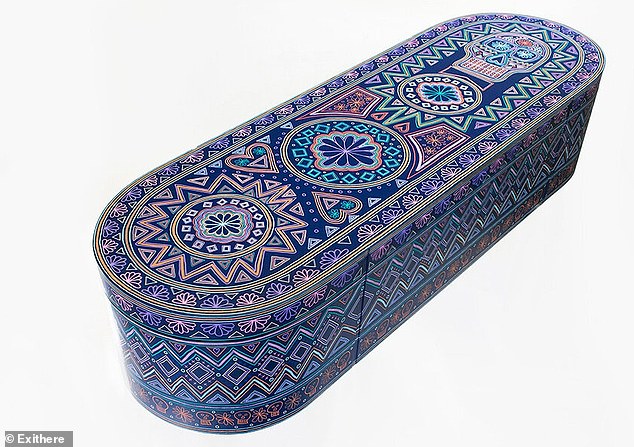 A Day of the Dead inspired-coffin has a new wider design to suit 21st century physiques. It costs £950, while a plain casket in the same design costs £650 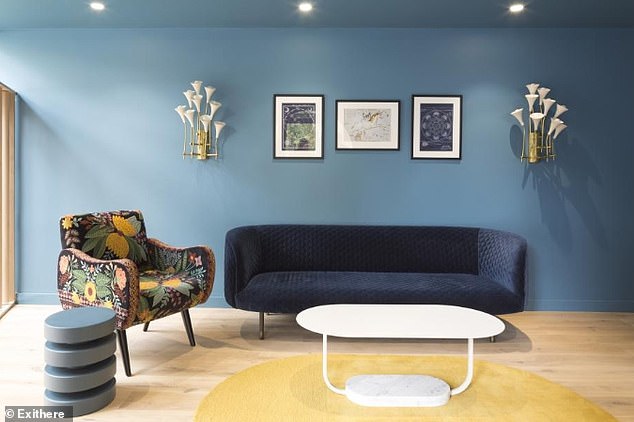 HOW MUCH DOES AN EXIT HERE FUNERAL COST?

The colourful Day of the Dead casket costs £950, with a plainer design available at £650.

A cremation costs £4,700 which includes crematorium fees, an Exit Here casket and an ashes urn.

A natural burial at Sheepdrove Organic Farm in Berkshire costs £5,900, including the cost of the plot at Sheepdrove and an English Willow casket

His commitment to updating the industry’s image hasn’t been entirely easy however. Peyton says he resorted to asking female personal trainers at his gym if they’d be interested in becoming pallbearers because he couldn’t find any women who were in the profession.

He told Femail: ‘I wanted to have female bearers and there weren’t any. I asked female personal trainers in the gym because they’re quite fit. I couldn’t think of how else to do it!’

The grieving pushing through Exit Here’s doors will find rooms that look more like the interiors of the million-pound Chiswick properties in the streets that surround it than the traditional sombre office mourners might usually find themselves in when organising a loved-one’s funeral.

The taboo-breaking company hopes that by offering trendy coffins, designer ‘bitter pill’ urns and wakes that range from organic country retreats to all-night beach parties, they are re-inventing an industry that offers kindness but limited choices, says Peyton.

‘On a personal level, it’s the most satisfying thing I’ve ever done. It’s a vocation and it’s changed my life. The satisfaction you get compared to the hospitality industry is on a completely different level because you’re helping people through a different time.’

He adds: ‘I think it’s bad to leave people not knowing what you’d like with your funeral. You should let people know – it’s a courtesy.  We do all the things that a traditional funeral director would do but I looked at the process and said “Is there a better way we can do this?” 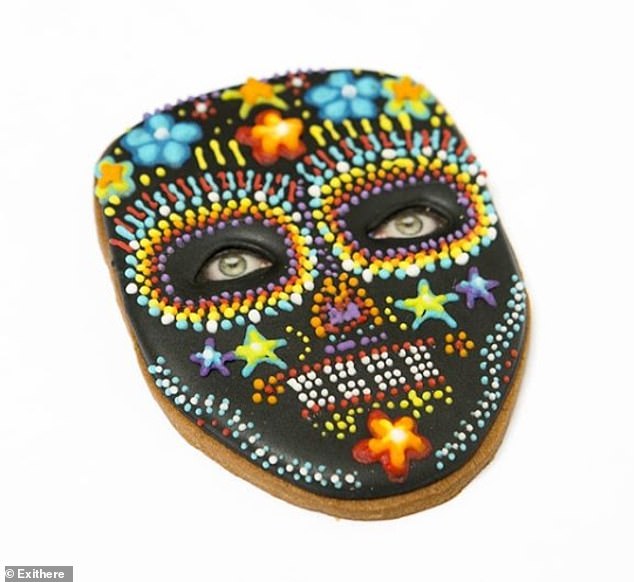 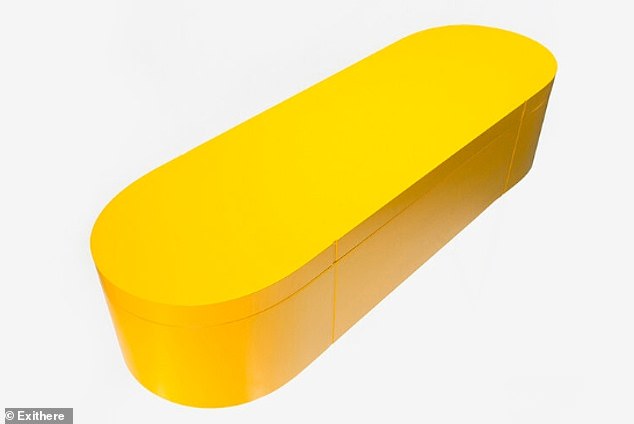 Coffin designs are, says the company, up-to-date with 21st century physiques and no longer carry the tapered design that we’re used to – because our hips are bigger than those of our Victorian ancestors.

The casket in the window of the company’s Chiswick High Road store is inspired by Mexico’s Day of the Dead in design and costs £950. A local baker has created a range of iced biscuits in a matching design that could potentially be served at a wake.

When the parlour opened in October, Peyton told the Funeral Service Times: ‘At the heart of our approach is the belief that the death of a loved one should be marked with a celebration, and be unique to the individual. We want to completely transform the way people approach celebrating the end of life.’

Funeral director Barry Pritchard, a partner in the business, said he believed ‘we can inject new life into the funeral business, offering choice and value and being a trusted partner to our clients.’