Liverpool right back Trent Alexander-Arnold believes the experience of losing last year’s Champions League final to Real Madrid will help his side when they face Tottenham in Saturday’s showpiece.

The Reds lost 3-1 to Real in Kiev last May and all 10 of the outfield starters from that game are still at the club and in contention to feature against Spurs.

Speaking on the eve of the 2019 final, Alexander-Arnold told a press conference: ‘We learnt a lot from that game and it would be daft of us to try to forget what happened last year.

‘The way they won the game, the way Madrid went about beating us, we’ve proven we’ve learnt from that and

‘We’ll use that as motivation again tomorrow. We don’t want to feel how we did last year so we’ll put the extra one or two per cent in.’

Left back Andy Robertson added: ‘The last final is irrelevant. As this squad, it’s our first time in the final.

‘We can’t focus on the previous finals. We won’t be thinking about that and will try to create different feelings.’

He said: ‘I don’t think they’re underdogs. The games against Tottenham have been the toughest games we’ve played.

‘The way they set up, they can cause us problems. If both teams play at 100 per cent, it’ll be decided by a special moment.

‘They’ve had an unbelievable season, and they’ll be full on confidence, but so will we. For me it’s very even.’ 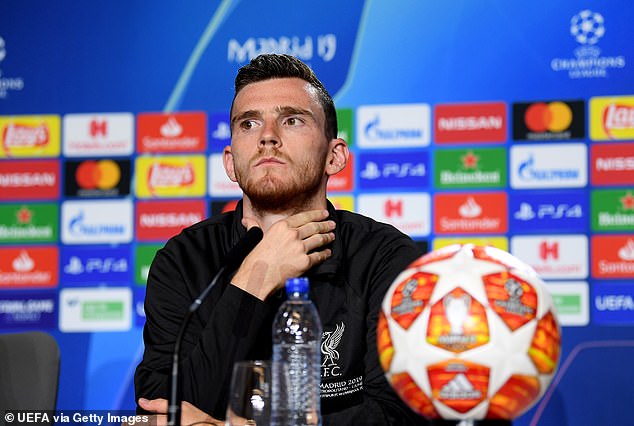 Liverpool are expected to dominate the final off the pitch, with many more Reds fans in Spain compared to their Spurs counterparts.

But Alexander-Arnold insisted that the huge backing from Merseyside will inspire him and his team-mates, more than it will pressurise them.

The England international said: ‘I don’t think it’s extra pressure. The numbers that are already here, it’s impossible to fit that many into the stadium. We know there is a lot of support here already.

‘We know that no matter where we go around Europe and the world, the support is always going to be there. That is part and parcel of playing at a massive club like Liverpool.

‘We already experienced it last season. All the lads are prepared to put everything on the line for the fans. Hopefully everyone will be able to celebrate tomorrow night.’ 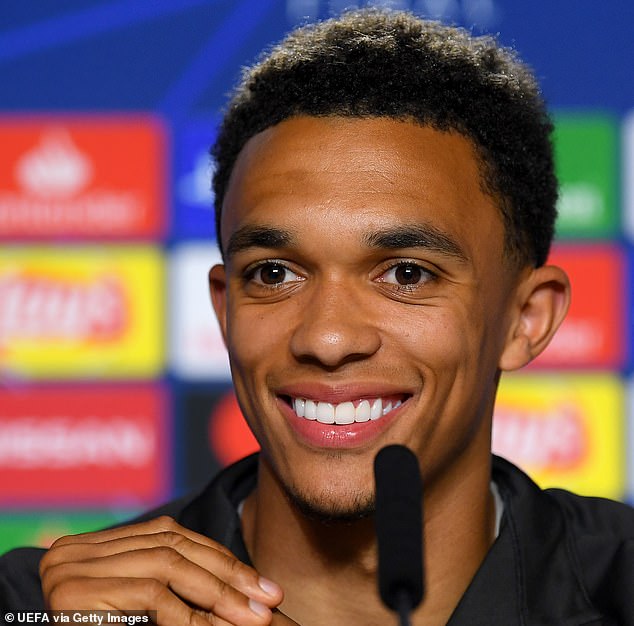