Trent Alexander-Arnold will crown an emphatic breakthrough season with a Champions League final… but how did a twist of fate as a six-year-old send him on a path to Liverpool’s first team?

Liverpool starlet Trent Alexander-Arnold has revealed how a stroke of luck as a six-year-old boy set him on a path to the Champions League final later this month.

The 19-year-old has enjoyed a phenomenal breakthrough campaign at Anfield this season, cementing himself as the Red’s number one right-back.

However, Alexander-Arnold has revealed how the luck of a classroom draw 13 years ago gave him the chance to realise his dream of playing for his boyhood club.

‘I was about six and Liverpool had a community summer camp,’ Alexander-Arnold told BBC Sport.

‘They sent a few invites to my school for my age group specifically and the teachers asked who wanted to go. Every lad in my class put their hand up so the only fair way was to pick names out of a hat.

‘Luckily my name was picked out so I went along in half-term and within 30 minutes of the first drill or session one of the coaches went up to my mum and asked if she could bring me up two or three times a week from then on.

‘Ever since then I’ve been at the club.’ 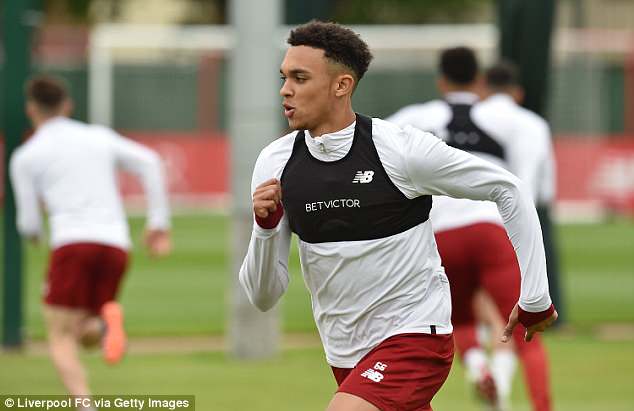 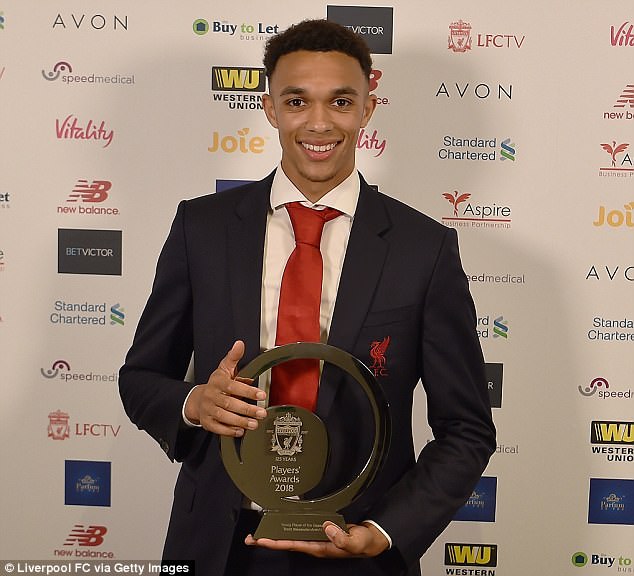 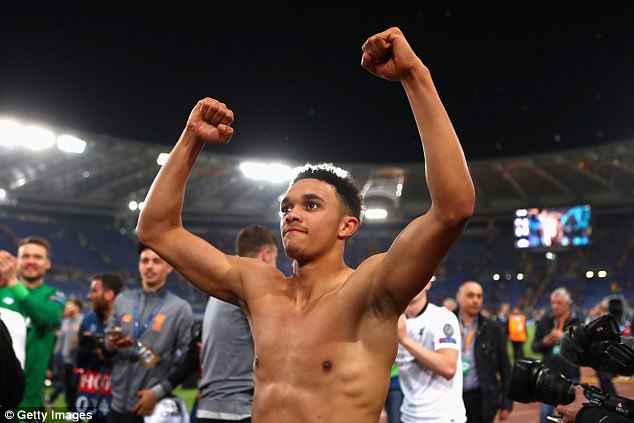 Alexander-Arnold capitalised on a long-term injury to Nathaniel Clyne in pre-season to nail down a regular position in the Liverpool defence, making 31 appearances this campaign.

He burst onto the scene with a stunning free-kick against Hoffenheim in a Champions league qualifier back in August and has continued to go from strength to strength.

His performances even earned the Young Player of the Year prize at Thursday night’s glittering awards ceremony at Anfield.

The teenager has shown maturity beyond his years and has seemingly earned the full trust of manager Jurgen Klopp while he retains an outside chance of going to this summer’s World Cup with Gareth Southgate’s England.