The mother of a young AFL player left his teammates in stitches in a hilarious FaceTime call when she found out he would make his debut.

Trey Ruscoe will take to the pitch for the first time for Collingwood on Thursday night and broke the news to his mother Fiona the day before.

But the 18-year-old’s phone call didn’t go as planned as he was roasted for never calling his mum and told not to be a ‘wuss’.

‘Oh, I see, you decided to ring, did ya? How about a phone call every now and then?’ Fiona said when she answered.

Ruscoe then revealed he would star in the Magpies’ game against the Sydney Swans.

‘Oh f**k off are you joking? Oh my God Trey that is unbelievable. Are you stirring me up?,’ she said.

‘Trey, that is so good. I can’t believe it! What, the whole team fall over or something, did they?’

His surrounding teammates then erupted into laughter before Fiona left her son with one final message of advice. 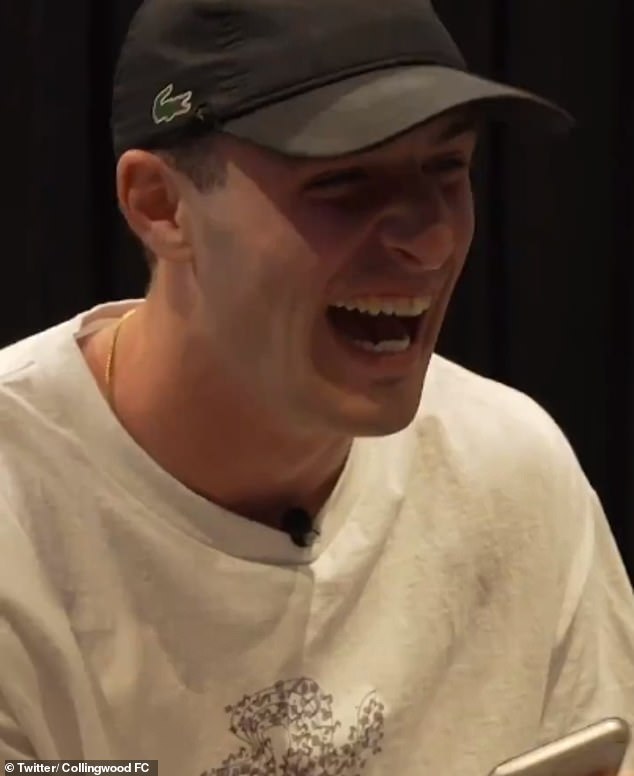 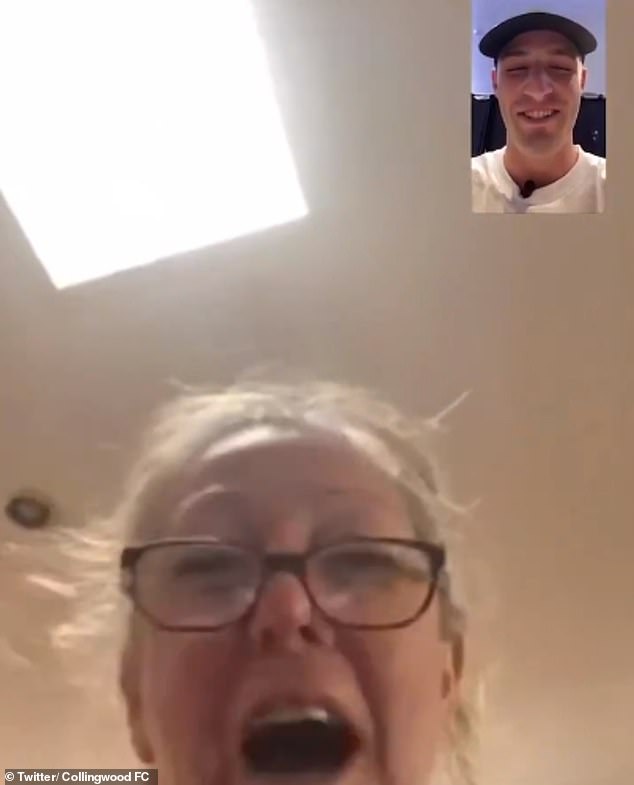 ‘No I’m so proud of you darl. I can’t believe so quick. Good on you darling, I’m really happy for you,’ she said.

‘Make sure you go out there and do the colours proud all right. Don’t be a big wuss.’

Ruscoe announced he’d be making his debut against the Sydney Swans on Wednesday.

The Western Australian was the number 55 in the draft pick last year. 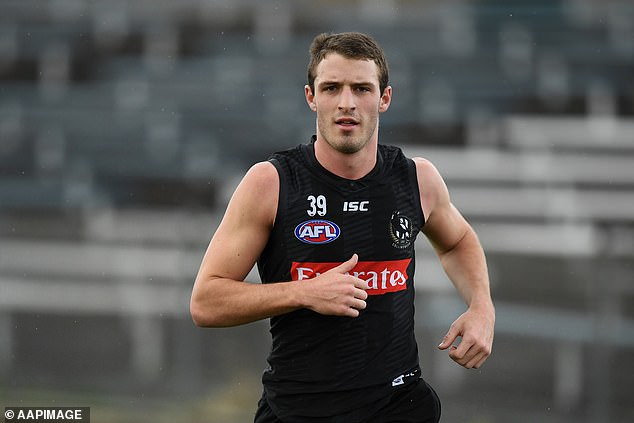