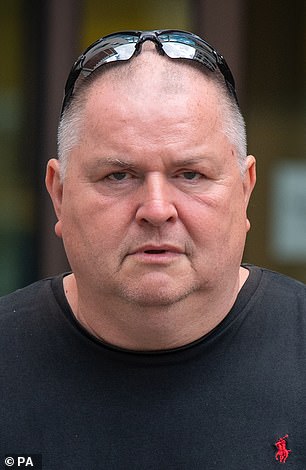 James Goddard (left, pictured today), admitted causing alarm and distress using threatening or abusive language. He had been due to stand trial alongside Brian Phillips (right) 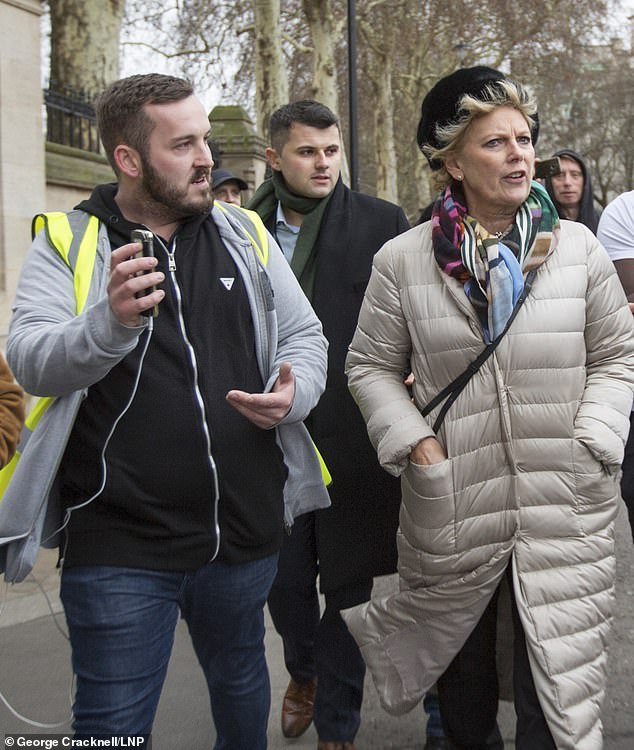 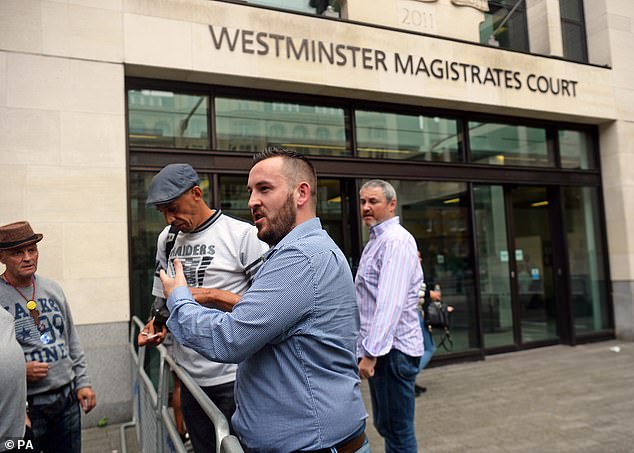 He had earlier wanted to remove District Judge Emma Arbuthnot from the bench to ensure a fair trial.

Her husband James was a Conservative MP for almost 30 years and now sits in the House of Lords.

District judge Emma Arbuthnot stepped down from the case about Uber’s legal battle to operate in London to avoid any conflict of interest over her husband’s links to the company.

Emma Arbuthnot, the chief magistrate who reinstated Uber’s London licence after it was judged not a ‘fit and proper’ private car hire operator, then withdrew from hearing further appeals.

Senior Tory Lord Arbuthnot was the director of SC Strategy Ltd, which advised one of Uber’s largest investors, Qatar Investment Authority, until December 31 last year – three weeks after the start of the company’s appeal.

Once this connection was pointed out however, a spokesman for the judiciary confirmed that Lady Arbuthnot would not hear Uber-related cases in the future.

The spokesman added that it it was the first time that the chief magistrate and her husband had been made aware of such a link.

Goddard represented himself at a previous appearance but after instructing a lawyer 36 hours ago, the start of the trial was delayed.

He told the solicitor in open court: ‘Say what I told you to say. Her husband is a Tory MP who is against No Deal Brexit.’

Lady Arbuthnot said back: ‘As it happens I don’t know Anna Soubry, we don’t know any of the witnesses in this case, otherwise I wouldn’t be sitting here’.

Goddard was a well-known face at pro-Brexit demonstrations with his supporters wearing a hi-vis vests like those worn by the ‘gilet jaunes’ in France.

Goddard was thrown out of court during a previous case management hearing at Westminster Magistrates Court last month after interrupting the judge.

He had been due to stand trial at the same court alongside Brian Phillips, 55, of Erith, South East London, who denies one count of harassment without violence.

Goddard also faces one count of using threatening/abusive words/behaviour or disorderly behaviour likely to cause harassment, alarm or distress; and one count of racially/religiously aggravated harassment/alarm/distress by words/writing, towards Pc Mindaugas Sciukas, court documents show.

Ms Soubry is a member of the Change UK party after defecting from the Tories in February.