The long-awaited federal trial of a Puerto Rico woman accused of hiring a hit man to kill her rich Canadian husband began on Thursday, and the judge warned the jury ‘it would get hot.’

A decade has gone by since Aurea Vazquez Rijos was charged with offering a man $3million to kill real estate developer Adam Anhang.

Vazquez at that point was no longer in Puerto Rico, and she was extradited three years ago from Spain with her 1-month-old baby after a lengthy manhunt.

‘This is a murder case,’ Jose Ruiz, assistant U.S. district attorney, said in his opening statement. ‘It was to collect money from him.’

Anhang was killed September 22, 2005, at nearly midnight on a Friday, on the corner of a cobblestone street in the historic part of San Juan’s capital.

The trial for Puerto Rico woman and former beauty queen, Aurea Vazquez Rijos, began on Thursday. Vazquez is accused of killing her rich Canadian husband, Adam Anhang, more than a decade ago. She is pictured in San Juan in September 2015 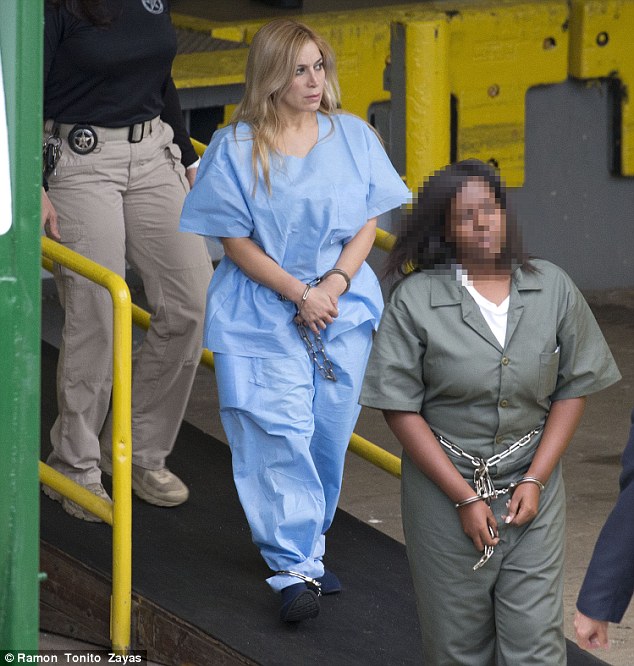 Vazquez Rijos (pictured again in San Juan in September 2015) was indicted in 2008, but she had already fled Puerto Rico and was living in Italy with her new husband and their twin children

He was hit in the head with an object and then repeatedly stabbed. Twelve hours earlier, he had told his wife he wanted a divorce, prosecutors said.

‘That is something she didn’t want,’ Ruiz said, adding that the couples’ therapist had earlier recorded her reaction in his notes: ‘I am not going to let you go that easy.’

The couple had begun dating two years before the killing, with Anhang buying Vazquez a car, an apartment and a business in Old San Juan called ‘The Pink Skirt.’

A day before the wedding, they signed a prenup, with Anhang’s value estimated at more than $24million and Vazquez’s at nearly $62,300. If Anhang died, his wife would receive $8million.

Six months after he was killed, Vazquez sued his parents seeking $1million in damages and $8million from his estate. Shortly after filing the lawsuit, she left for Florence, Italy.

Once there, prosecutors said she wrote emails to her family pleading for money.

Defense attorney Lydia Lizarribar rejected the allegations and told the jury that her client is innocent.

She said she would prove that Vazquez had been wanting to go to Italy to study and work since 2002, and that she was living there under her real name. 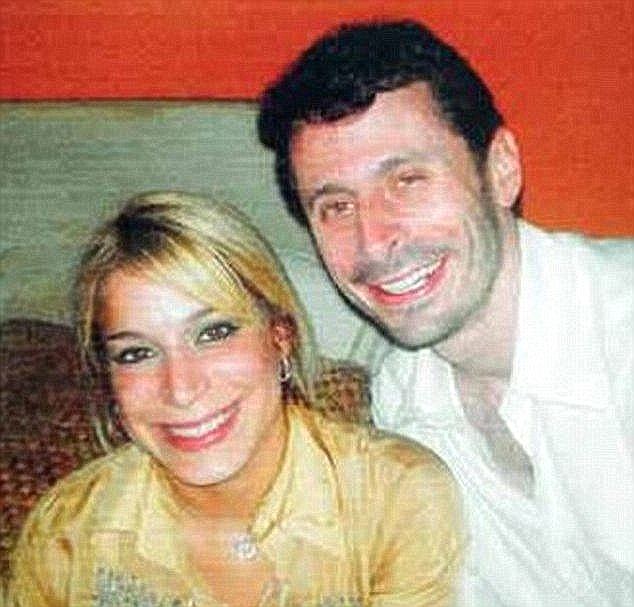 Vasquez Rijos is pictured with Adam Joel Anhang, who was her husband of six months before she allegedly murdered him 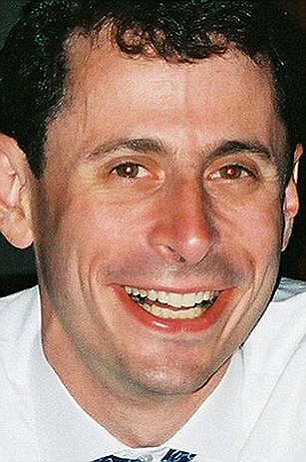 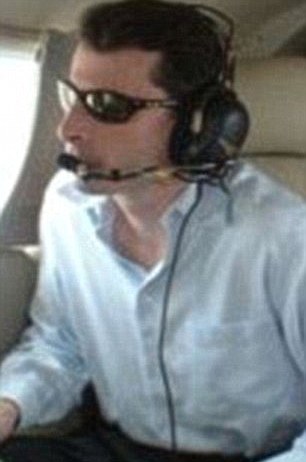 Real estate developer Anhang (pictured in handouts) was killed September 22, 2005 on the corner of a cobblestone street in the historic part of San Juan’s capital

‘She was not hiding at all,’ Lizarribar said, adding that the couple was a perfect match and liked to travel together.

‘The evidence will show that Adam was in love with his wife.’

Among those testifying in the trial is Alex Pabon Colon, whose nickname is ‘The Crazy One.’

Prosecutors said he sold drugs at ‘The Pink Skirt’ and elsewhere, and that Vazquez, her sister and a friend agreed to hire him as a hit man.

They said he killed Anhang and injured Vazquez to make it look like a robbery, but that he forgot to steal Anhang’s wallet and other belongings.

Prosecutors said he then told a friend what he had done and asked him to drive by the crime scene to ensure Anhang was dead.

Also testifying is a man who sued for wrongful conviction after he was convicted of killing Anhang and spent eight months in jail. He was released when Pabon was charged.

When police interviewed Vazquez, she said that a tall, black man with tattoos on his forearms had attacked them. 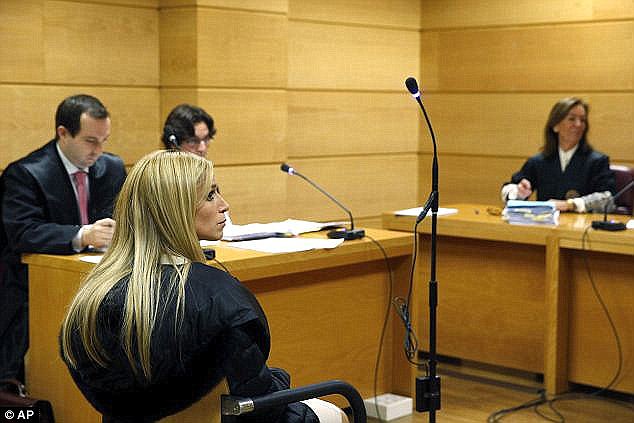 Vazquez Rijos is pictured during a hearing in Madrid in 2013. She was charged with offering a man $3million to kill Anhang, after he expressed he wanted to divorce her hours prior

In the weeks after the murder, prosecutors said Pabon kept sending letters to Vazquez’s sister with demands for money and other things: ‘I don’t give a damn if the victim’s old man kept everything,’ they said he wrote.

Lizarribar, however, said that Pabon only mentions ‘loans’ in the letters, and that he does not specifically ask for a payment.

Meanwhile, Vazquez was thinking about moving from Italy to Israel, falsifying documents to prove she was Jewish and asking an attorney whether Israel had an extradition agreement with the U.S., prosecutors said.

In June 2013, she was arrested when she flew to Spain from Italy. Two years later, in September 2015, she was extradited to Puerto Rico.

A pair of female twins that she had with a man in Italy stayed with their father.

Abraham Anhang, the victim’s father, told The Associated Press that he is looking forward to seeing an ending to the case.

‘Closure is something we’re praying for,’ he said in a phone interview. ‘Thirteen years is a very long time to wait for justice.’