The UK’s court system ground to a halt for at least four and a half hours yesterday due to a ‘software problem’.

Courts in Teesside, Liverpool, Manchester, York and the Old Bailey in London were among more than 20 that could not operate normally, according to the Criminal Bar Association.

The technology disaster, which disrupted trials and sentencing hearings, comes as courts faced a complete IT outage six weeks ago when the system was updated.

IT systems in at least 26 courts across the country, including Liverpool (pictured), were affected by the blackout

A spokesman for the Criminal Bar Association, which represents practising lawyers, said: ‘We first heard about problems in Teesside at 11.30am, and then suddenly from all over the place.

Courts affected, according to the Criminal Bar Association

‘They were simply unable to log onto the Digital Case system. That is the equivalent of walking in and being told that some one has taken all your records, locked them in the cupboard and lost the key.’

When court workers tried to log on to the system, they were met with a message that said: ‘We are aware of users experiencing slowness when using DCS.

‘Our suppliers are investigating as a priority. Apologies for any inconvenience caused.’

The IT system started working again from 4pm. There have only been further IT problems in Croydon today.

HM Courts & Tribunals Service wrote on Twitter: ‘We are aware that some users are experiencing issues with our Digital Case System.

‘Our supplier is working hard to fix this and we’ll update you once the issue has been resolved. We’re sorry for the disruption. Wifi remains unaffected.’

‘Our supplier has made some changes and the vast majority of DCS users should already be seeing an improvement. Users are being asked to restart DCS as work continues to fully resolve the problem.’

At 3pm they advised users to log out and log back into the system, as they had made some changes to fix the problem.

A spokesman for the Ministry of Justice said: ‘We are not aware that there are any issues today.

‘It was a software problem that affected users.’

The outage may have affected victims of crime the most, who would have taken time off work to come to court and find closure on what they had experienced, according to the Criminal Bar Association. 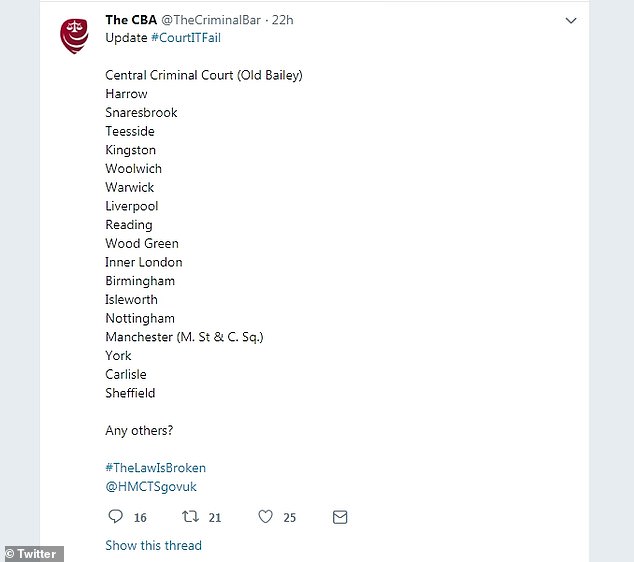 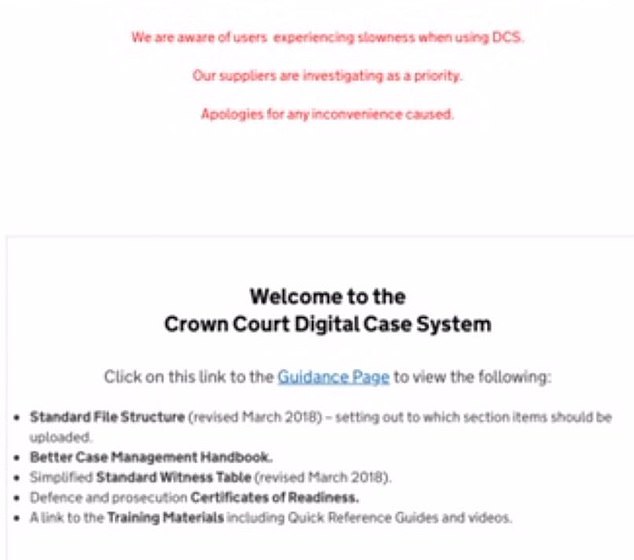 The IT failure comes just six weeks after 75,000 lawyers and judges were locked out of their emails in a court update glitch.

The government announced this week that the completion of its £1billion court modernisation programme has been delayed until 2023.

The Ministry of Justice budget is due to have another £300million shaved off it this year, bringing the total to £6billion, having already suffered budget reductions in previous years. 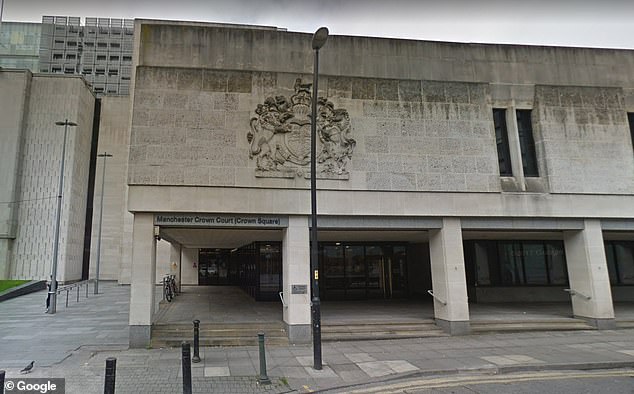