An elder known to the teenage boy who is accused of killing an 18-year-old mum has been given ‘tribal payback’ and ‘physically punished’ for the alleged crime.

The body of Britney Watson was discovered in a wheelie bin just four weeks after she gave birth, with a 17-year-old boy accused of killing her and dumping her body.

Police confirmed that people from the indigenous community of Jigalong travelled to the remote mining town of Newman, where Ms Watson was found.

An elder man known to the teenage boy was reportedly physically punished through a traditional tribal payback.

No complaints have been made about the punishment, with tensions eased locally since it was performed, police said.

Britney Watson, who is the mother of a young toddler (pictured together), gave birth to her second child in the past month 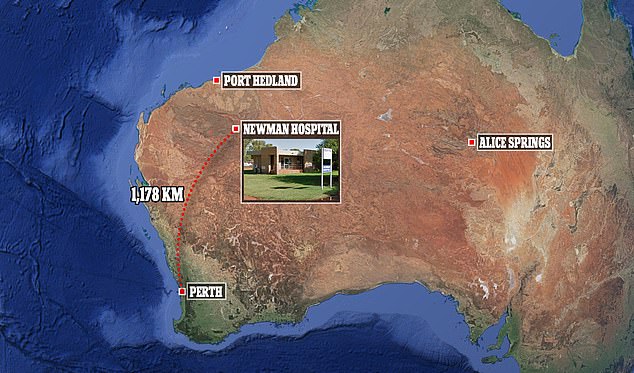 The woman’s body was found outside the Newman Hospital, which is 1,178 kilometres from Perth at 4am on Wednesday

‘Police can confirm a respected elder attended a culturally appropriate location, where he underwent his obligations according to cultural traditions,’ a police spokeswoman told the Weekend Australian.

‘To date, police have not received any complaint in relation to this matter, however there has been a noticeable reduction of tension in some sections of the community’.

Police will allege the teenage boy killed Ms Watson, dumped her body in a wheelie bin, then dragged it outside the local hospital at 3.45am on Wednesday.

He is then alleged to have pressed the out-of-hours button and left the scene, before being arrested at a nearby house later. 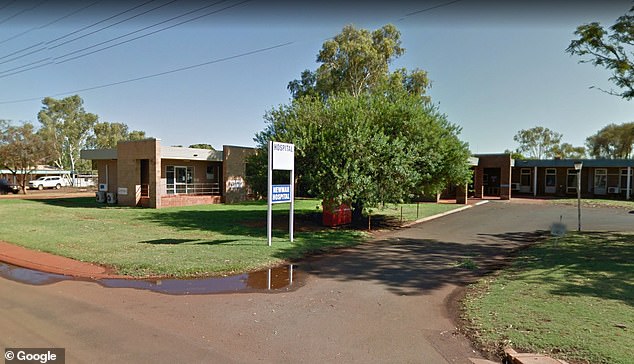 The boy will appear at Perth Children’s Court on May 28.

Rocks are understood to have been seized by police during an investigation into Ms Watson’s death, and she is said to have received serious head injuries.

It is also alleged the boy took the young mother to the house of an elder before taking her to the hospital.

Ms Watson, who gave birth to a little boy named Justin only a month ago and was already a mother to toddler Nate, was pronounced dead at the scene.

Her relative Mena Tennahleah Watson paid tribute to her ‘big sister’ on Facebook hours after her death.

‘RIP my big sister N Watson good young mother for two kids. Love and miss you my big sister. Watson Breeds For Ever.’ 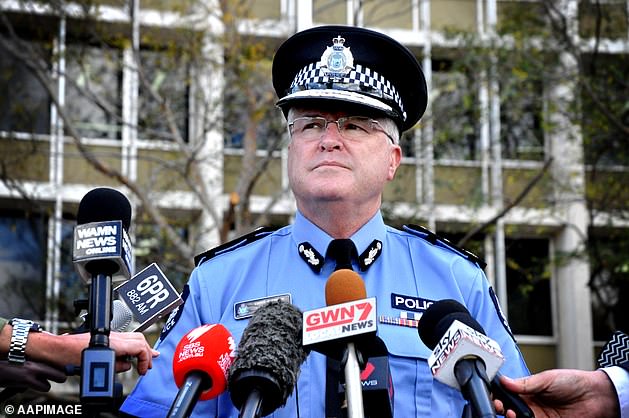 ‘It’s a real tragedy in the sense that the community, the woman is known… and there are a couple of kids involved,’ Mr Dawson told ABC radio on Thursday.

Broken glass and blood were seen on the ground outside a nearby home, with neighbours hearing shouting from the property late on Tuesday night, The West Australian reported.

Homicide detectives from South Hedland Police, located 452km north of the town, have launched a joint investigation into the death with local police.

Alcohol sales were banned in Newman for the remainder of Wednesday.

Bottleshop owner Anita Grace said the closure was the right move after the incident.

‘I think at this stage with everyone being so raw and upset and trying to work out what is going on the best thing was to stay closed,’ she said.

‘Everyone was very supportive. It is not that there are any tensions at the moment but there could be tensions. It is just precautionary at the moment.’