A tribe seized a newborn baby after a Native American woman gave birth to a child with her white partner.

Rebecca Sanders was at Baptist Hospital, Florida, after giving birth to her daughter Ingrid Ronan Johnson, when Miccosukee tribal detectives and Miami-Dade officers entered with a court order and took the newborn.

Sanders and her baby’s father, Justin Johnson, spent the next four days desperately trying to get their little girl back. They say the court order came from Sanders’ mother Betty Osceola who wanted to keep Johnson out of her granddaughter’s life.

Justin Johnson and his Miccosukee girlfriend, Rebecca Sanders, who gave birth to baby Ingrid Ronan Johnson on March 16, only to see the baby whisked away by Miccosukee Police

‘I’m still trying to wrap my head around how this has happened,’ Johnson said.

‘I can’t even begin to explain how hard this has been. I don’t see how people of the Miccosukee tribe can look me in the face and tell me this is OK.’

Now the tribal court on the Miccosukee reservation have overturned the decision and ruled that the baby must be returned to the new parents. Miami-Dade says its officers were misled.

‘I’m beyond ecstatic,’ Johnson said.  It wasn’t immediately clear when the child would be returned. Just two days after giving birth to baby Ingrid, the little girl was taken away from her parents on a court order 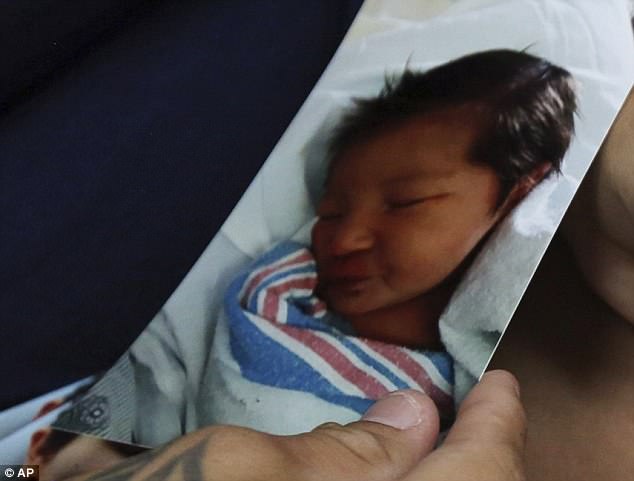 But it’s been a harrowing experience for the new parents who haven’t seen their daughter since she was born.

Sanders, 28, said she too feels like she has no rights. ‘I thought the tribe was to protect its people, not use its own rulings to control its people,’ she told the Miami Herald.

Authorities are reviewing what happened at the hospital, which said in a statement that its officials followed a court order. Miami-Dade police said its officers were asked to provide backup while tribal officers executed a ‘federal court order,’ but the order came from the tribe, not the federal government. 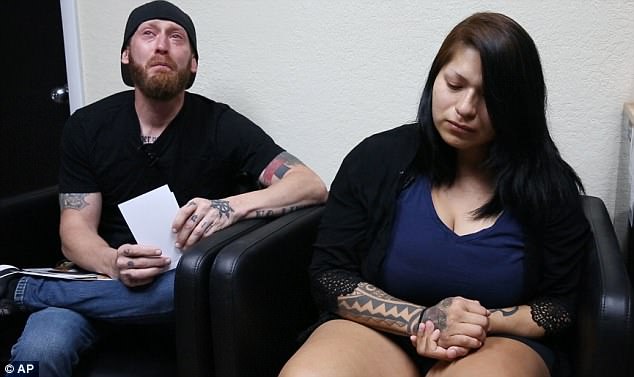 The tribe’s police chief hasn’t returned a phone call from The Associated Press.

Florida Sen. Marco Rubio said in a tweet on Wednesday night that the tribe used its court to ‘kidnap’ the baby.

‘They don’t have any jurisdiction outside reservation,’ Rubio tweeted. ‘I’m in contact with fed officials & this won’t end well for tribe if they don’t’ return child asap.’

Baby Ingrid’s parents have had conflicts and said they are no longer a couple, but remain amicable and plan to co-parent the girl. The Herald reports Sanders was arrested three years ago for misdemeanor battery on Johnson, and she told the newspaper her mother had pressured her to get a restraining order barring Johnson from the reservation.

Sanders said her mother became agitated when she saw Johnson at the hospital, and that Osceola had hospital security remove him. Johnson said he wouldn’t leave until he saw his baby.

‘I remember kissing her forehead and telling her, ‘Daddy will see you soon,’ Johnson said. ‘I haven’t seen my daughter since.’