Pictured: Mother-of-two found dead in her Solihull flat with ‘neck injuries’ as police quiz man, 37, on suspicion of murder

A 38-year-old woman found dead in her flat in a leafy Birmingham suburb has been named by police, with pictures of her also released.

Kerry Woolley was discovered with fatal injuries to her neck at her Solihull flat on Warwick Road at about 3.20pm on Sunday, July 12.

West Midlands Police have been granted more time to question a 37-year-old man who was arrested on suspicion of murder at the scene.

They have released pictures of Kerry and her family have also made a short statement. 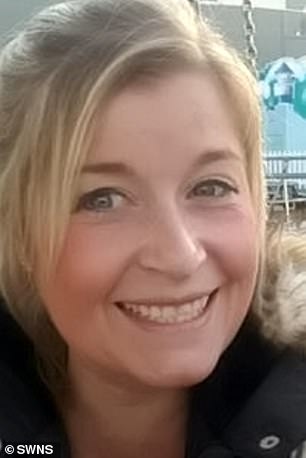 Kerry Woolley was discovered with fatal injuries to her neck at her Solihull flat on Warwick Road at about 3.20pm on Sunday, July 12

A post-mortem examination revealed she died of an injury to her neck.

Ms Woolley’s family said her death has ‘devastated’ them, she leaves behind a young son and daughter.

In a statement, they said: ‘As a family, this has devastated us.

‘We would like to thank everyone for their support. We ask that we are now left alone to grieve in peace.’

Detective Inspector Nick Barnes said: ‘My thoughts are with Kerry’s family at this awful and upsetting time. 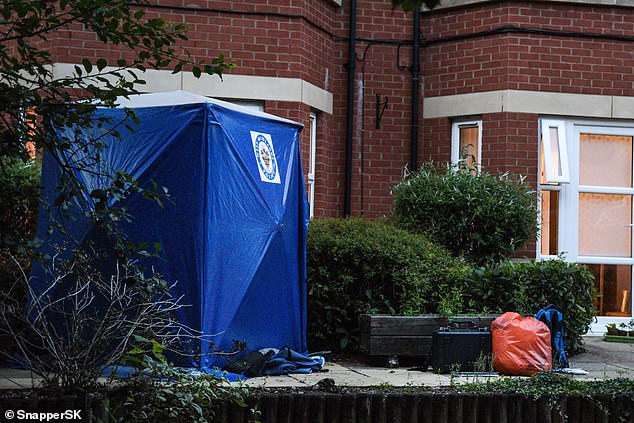 West Midlands Police guard a ground floor flat on Warwick Road in Solihull. A blue tent was placed to protect evidence at the scene 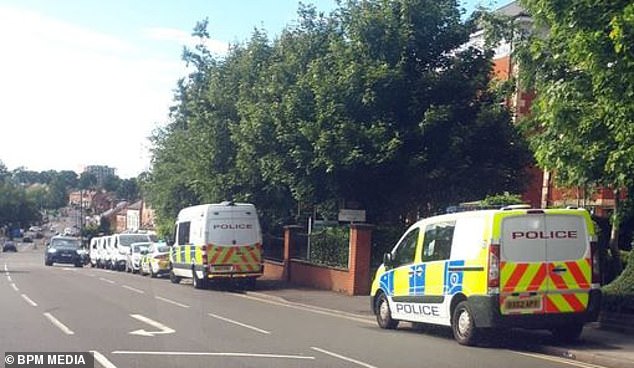 A murder investigation is underway after the body of a woman was found in a flat in Warwick Road, Solihull

‘Our investigations are continuing and I’d urge anyone who may have any information to contact us as soon as possible.’

A friend of the mother-of-two took to Facebook to share a tribute to the ‘lovely, friendly girl’, writing: ‘I honestly couldn’t tell you about a nicer girl. Absolutely harmless.’

Another friend paid tribute: ‘Absolutely shocking and terrible loss of such a beautiful soul Kerry I hope you find peace and your beautiful children and family my thoughts are with you all.’