Tributes have been paid to Barry Dodd, the Lord-Lieutenant for North Yorkshire, who is believed to have been killed in a helicopter crash.

Although formal identification is yet to take place, the pilot is believed to have died after the aircraft crashed into a field near Aldborough, Boroughbridge, at 1.23pm on Wednesday, North Yorkshire Police said.

Speaking at the scene on Wednesday, Superintendent Dave Hannan said the helicopter was alight when emergency services arrived on the scene.

He confirmed there were no other people on board, adding: “We are working with the Air Accidents Investigation Branch (AAIB) and the Civil Aviation Authority (CAA) to establish what the cause of that crash was.”

The AAIB said the Bell 206B helicopter, which took off from Husthwaite, in North Yorkshire, will be taken to a specialist facility in Farnborough, Hampshire, on Friday for a detailed examination.

“Our inspectors have been working on site, speaking to witnesses and gathering other evidence,” a spokesman said.

“We will publish a report on our findings when our investigation has concluded.”

The Queen with Barry Dodd

North Yorkshire Police said: “Sadly, the pilot of the private aircraft … was pronounced dead at the scene.”

“Whilst we await formal identification, we believe he is Her Majesty’s Lord-Lieutenant for North Yorkshire, Mr Barry Dodd CBE.

“Our thoughts are with his family and friends at this difficult time.”

Police said Mr Dodd’s family were being supported by specially trained officers, and requested the family’s privacy “at this very sad time”.

The Lord-Lieutenant is the Queen’s representative in the county, responsible for the promotion of civic, commercial, voluntary and social activities. 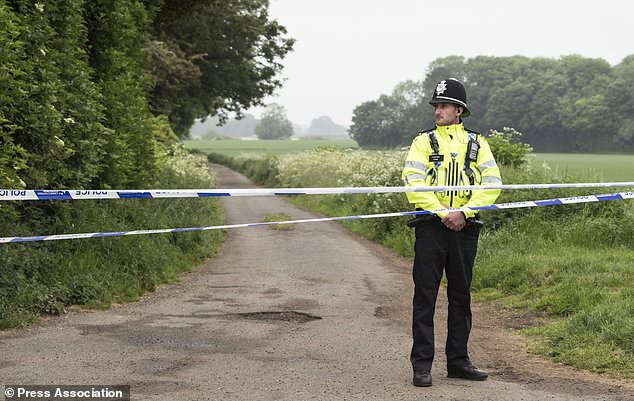 North Yorkshire County Council said Mr Dodd was a successful entrepreneur, who had a passion for helping others in business.

“Wherever he went, Barry was a positive influence,” said council leader Carl Les.

“He carried out his role as Lord Lieutenant of North Yorkshire with enormous dignity and pride; he added value wherever he went, helping other organisations and people – he will be greatly missed.

“He has been a personal friend of mine for the last 30 years and the county council has lost a great friend and champion.”

Julian Smith, Government Chief Whip and MP for Skipton and Ripon said: “Barry was enormously liked by many people and helped a great number in the business and wider community.

“The scale of his work and public service was enormously impressive and his tragic death is a great loss to us all.” 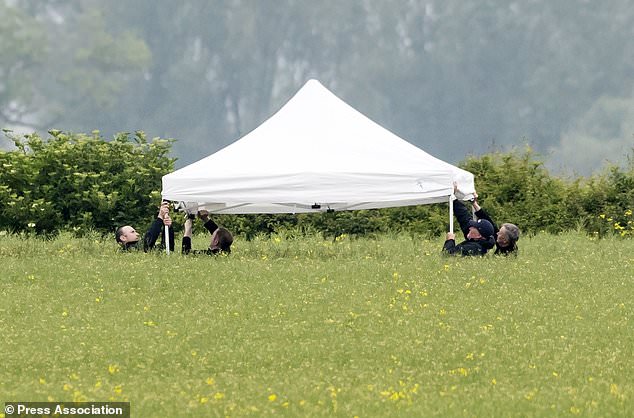 Police activity near the scene in Aldborough, Boroughbridge

It said he owned and ran a number of companies and created a multinational global services and manufacturing group, which has four plants in the UK.

He was also serving as chairman and pro-chancellor at the University of Hull, and chairman of the joint Hull York Medical School.

In 2014, he was awarded a CBE for his services to the UK economy.

Pilot named following helicopter crash near Aldborough. Whilst we await formal identification, we believe he is Her Majesty’s Lord-Lieutenant for North Yorkshire, Mr Barry Dodd CBE. Our thoughts are with his family at this difficult time & request that their privacy is respected. pic.twitter.com/LABaHa86qT

He is said to have had a passion for helping others succeed in business and creating jobs in rural areas.

“There are many businesses in North Yorkshire that are enjoying success and doing better through the work that Barry did with them,” said Richard Flinton, North Yorkshire County Council’s chief executive.

“He touched the lives of many people and was always encouraging.

“He was very passionate about public service and will be remembered for this great work.

“He will also be missed by many people in the county council who knew him personally as a very good friend and colleague.”

The Dean of York, Vivienne Faull, added: “This is a very sad day.

“Barry’s passing will of course be most acutely felt by his wife and family and friends.

“He was greatly admired and he will be missed by a much wider community of people across North Yorkshire and beyond.

“He was a dear colleague and adviser and a great friend and supporter of York Minster.

“His loss is profound and will be deeply felt by a great many people.”