Tributes pour in for Dean Mercer, 47, after his death

Tributes have poured in for Ironman champion and father-of-four Dean Mercer, who died Monday morning.

The 47-year-old was taken to Gold Coast University Hospital after his car crashed into a fence in Mermaid Waters following a medical episode, but he could not be saved.

Shocked by his passing, friends, family and fans took to social media to acknowledge the giant of the sport.

Tributes have poured in for Ironman champion and father-of-four Dean Mercer, who died Monday morning following a car crash on the Gold Coast 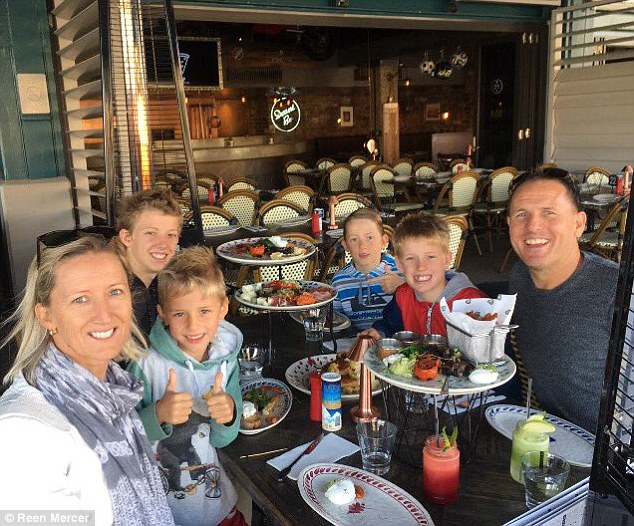 Mr Mercer’s family released a statement following his death, saying he was a ‘champion bloke,’ and ‘an amazing husband and loving father’

Mr Mercer’s family released a statement following the death, saying he was a ‘champion bloke and a true champion in every sense of the word.’

‘Dean was an amazing husband and loving father who loved nothing more than sharing his and Reen’s love of life and love of the surf,’ the statement read.

‘Reen, surrounded by close friends, has had to tell her boys of the shocking news. You can only imagine the grief surrounding the Mercer family at this time.’

‘Our thoughts and sympathies are with the family and friends of Dean Mercer at this sad time,’ it said.

Gold Coast Mayor Tom Tate was also among those who expressed his sympathy at Mr Mercer’s passing, calling it a ‘sudden and tragic loss for our city’.

‘A husband, father and former Ironman champion, Dean was an idol in the surf life saving world,’ he said.

‘The city’s thoughts and prayers are with Dean’s wife Reen and their family during this extremely difficult time.’

Fellow competitor Ky Hurst posted a moving tribute, expressing his sadness at ‘losing one of the greatest athletes of all time,’ in his post to Instagram

Federal Minister Greg Hunt wrote: ‘Dean Mercer was a legend in and out of the water, on and off the beach. His contribution to surf life saving was enormous.’

While Barry Newman, a senior water coach at Kurrawa Surf Club where Mercer was Nippers Coach, said he was shocked by his friend of 30 years’ death.

‘He’s a champion surf lifesaver and the most tenacious competitor I’ve ever met – we were rivals but he was always a good mate,’ he told Daily Mail Australia.

‘I saw him just last night when I picked his family up from the airport, he’s healthy for sure,’ he said.

Other sports stars also offered their condolences to his family and paid tribute to his immense talents as a surf lifesaver.

Fans were saddened at the passing of the Ironman athlete, calling him a ‘great bloke and speaker’ 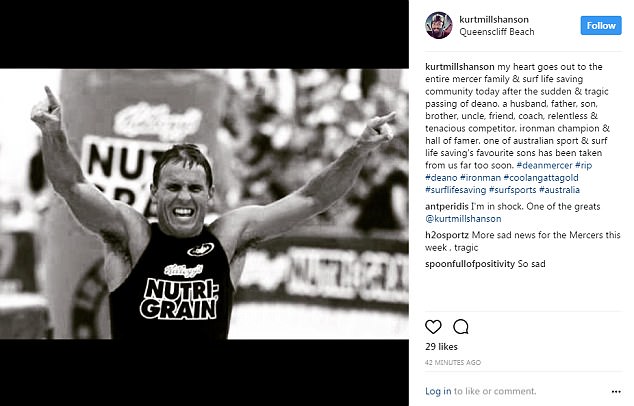 While other fans called him a ‘relentless and tenacious competitor’ who had been taken too soon, in their Instagram posts

While fellow Ironman competitor Ky Hurst expressed his sadness at ‘losing one of the greatest athletes of all time,’ in his post to Instagram.

‘Dean was someone I raced most of my career. I looked up to him as an athlete and as a friend,’ he wrote

‘He was the perfect roll model in every way. My love goes out to the Mercer family. #wewillmissyou’

Toby Coote, the head coach at Sunshine Coast Tri Academy called Mr Mercer ‘one of the toughest competitors you’d ever seen’ in his tribute on Facebook.

‘Thoughts are with the Mercer family. Only had a beer and chatting with him at Garth Prowd’s farewell a week ago. RIP Deano,’ he wrote.

The Australian Swim team also sent their condolences, saying: ‘Thoughts & prayers are with the family and friends of Dean Mercer, Australian Ironman champion and friend to many in the swimming community.’ 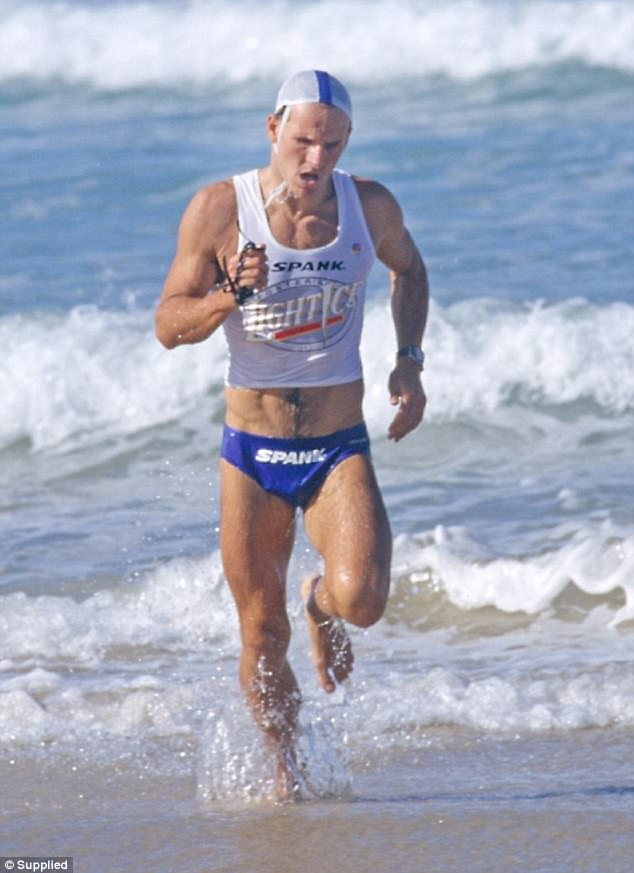 Gold Coast Mayor Tom Tate was also among those expressing their sympathy at Mr Mercer’s passing, calling it a ‘sudden and tragic loss for our city’. 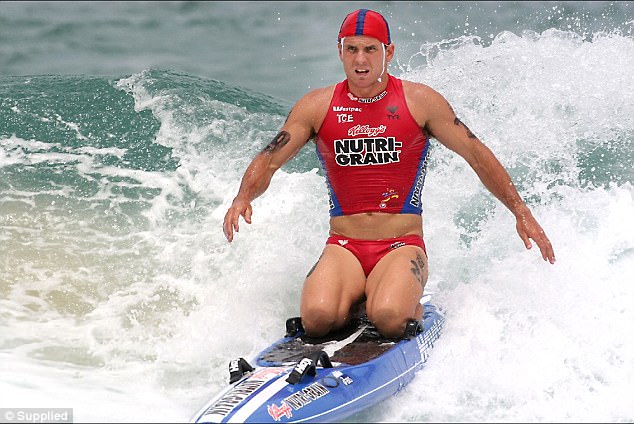 And Federal Minister Greg Hunt wrote that Mr Mercer was ‘a legend in and out of the water,’ pictured here at the 2009 SLSA Championships

Matt Thistlewaite, the Federal Labor Member for Kingsford Smith, said he was ‘shattered’ over the athlete’s death.

‘Shattered to hear of the passing of #DeanMercer. The guttsiest competitor, great coach & a friend. Love to his family,’ he wrote on Instagram.

Fans also flocked to social media to mourn the loss of the ‘surf-lifesaving legend’.

‘So sad to hear about Dean Mercer. One of the guys I looked up to in the sport as a young Ironman. Very sad,’ one Twitter user wrote:

While another added: ‘Shocked about Dean Mercer, I remember watching the Mercer brothers in the early 90s Nutri-Grain Ironman series.’

Others spoke of Mr Mercer as an ‘amazing Ironman, lifesaver and competitor’ and as a ‘great bloke and speaker’. 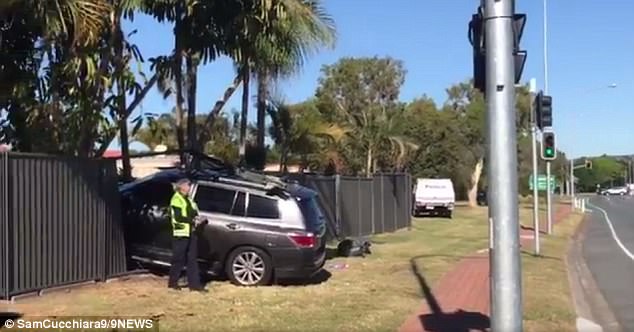 Mr Mercer was taken to Gold Coast University Hospital Monday morning after his car crashed in Mermaid Waters, believed to be following a medical episode, but he could not be saved 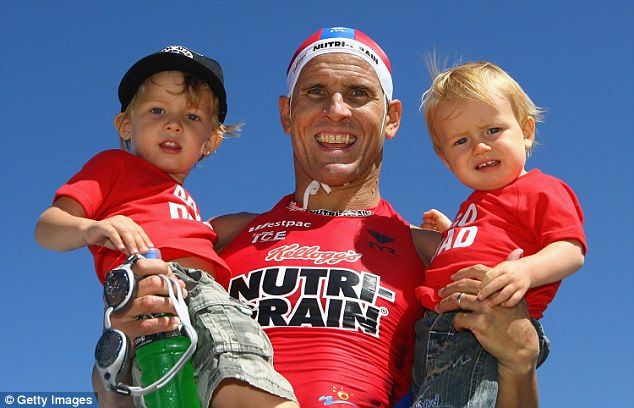 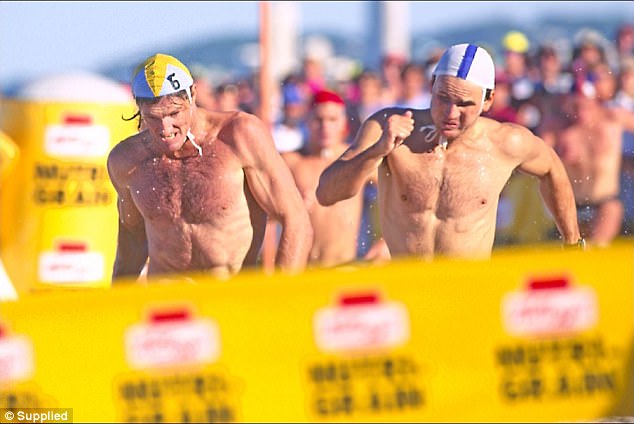 Mercer (pictured) was rushed to hospital in a critical condition, but suffered a cardiac arrest in the emergency room

Emergency services found Mercer and worked on him for more than an hour, an ambulance spokesman said.

He was rushed to hospital in a critical condition, but he suffered a cardiac arrest in the emergency room and died.

Mercer had only just returned from his grandmother Jessie’s funeral in Wollongong the previous day.

The retired Ironman won two Australian crowns and had a swag of titles to his name, including an equal record five NSW state championships and two Test of the Toughest titles.

He also won an Order of Australia Medal for services to life saving and was inducted into the sport’s NSW Hall of Fame.

He is survived by his  wife Reen and young sons Brayden, Rory, Lachlan and Joshua. 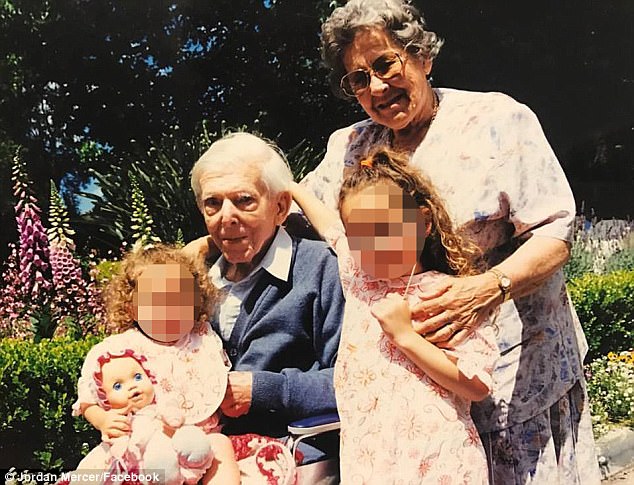 Mercer had only returned from his 94-year-old grandmother Jessie’s (right, pictured with her husband) funeral in Wollongong the previous day 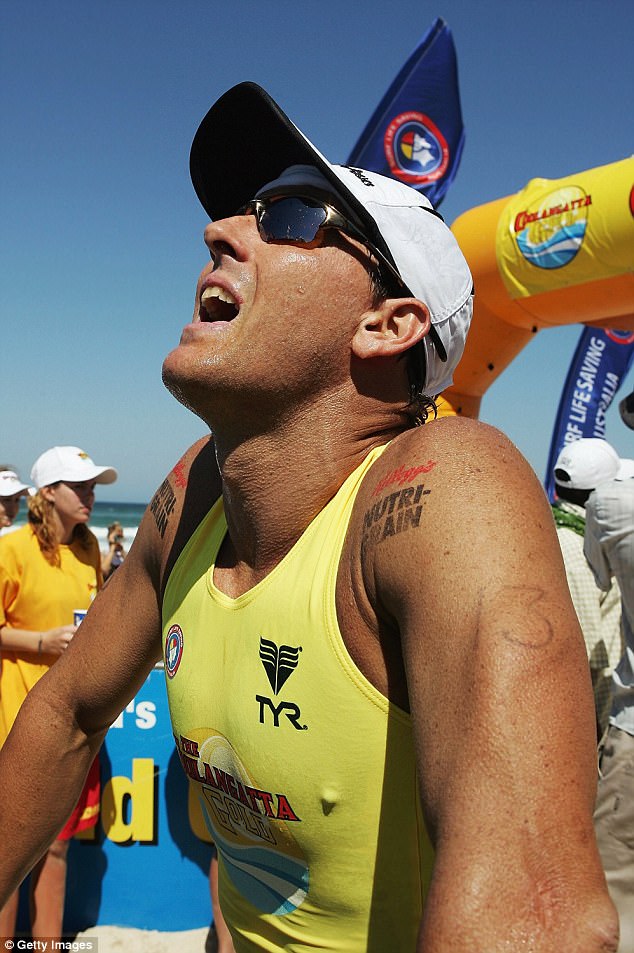