A Tennessee father tragically told his three daughters ‘I got you’ moments before he died while rescuing them after they got caught in a riptide at a Florida beach.

Fred Pepperman, 53, and his family were on vacation and went to the beach at the Seacrest and Miramar area beaches when one of his daughters, Grace, 16, was caught in a riptide.

His older daughters, Olivia, 20, and Kathryn, 24, went out to help her, but they were swept out to the sea and required assistance, WTSP reported.

A Tennessee man tragically told his three daughters ‘I got you’ moments before he died while rescuing them after they got caught in a riptide at a Florida beach. Fred Pepperman is pictured above with his four girls 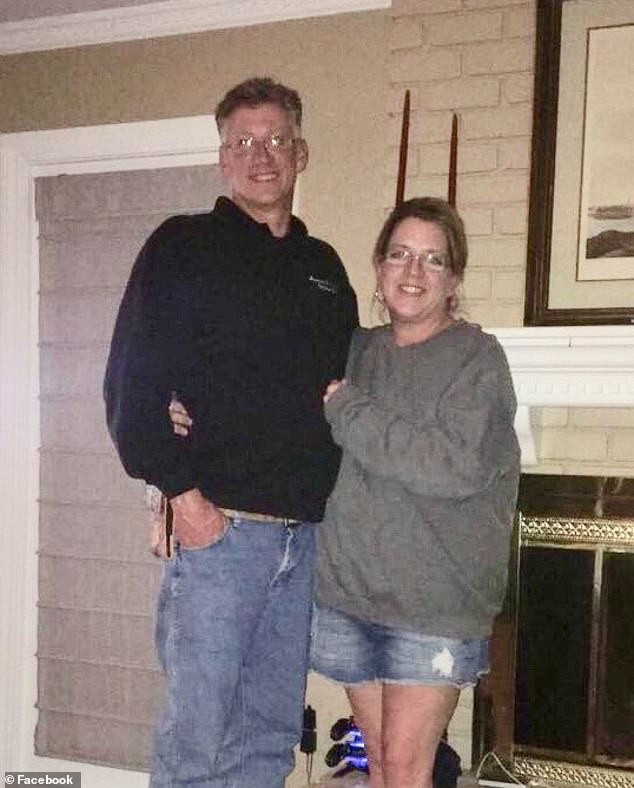 Fred Pepperman is pictured with his wife Julie. The couple were married for 27 years and she praised her husband for saving the lives of his daughters

The incident occurred on July 14 when Tropical Storm Barry was barreling towards Louisiana. The South Walton Fire District had posted double red flag conditions on the beach that weekend.

Fred Pepperman’s wife Julie told WTSP that they were at the beach with extended family and the ‘water was fine.’

However they later noticed that ‘something was wrong’ when the 16-year-old was far out, and Fred and his two other daughters went to help her.

Pepperman told the news outlet: ‘Without him, three of mine definitely would be gone. It doesn’t seem real.

‘I just want people to know a lot of dads say they would do it, and he did it, so that’s a dad.’

Pepperman, who has a fourth daughter called Mallory, swam out to rescue the three girls and put them on a board that another family had given him to help in getting them back.

Tragically he became unconscious and was brought back to shore by bystanders who administered CPR. 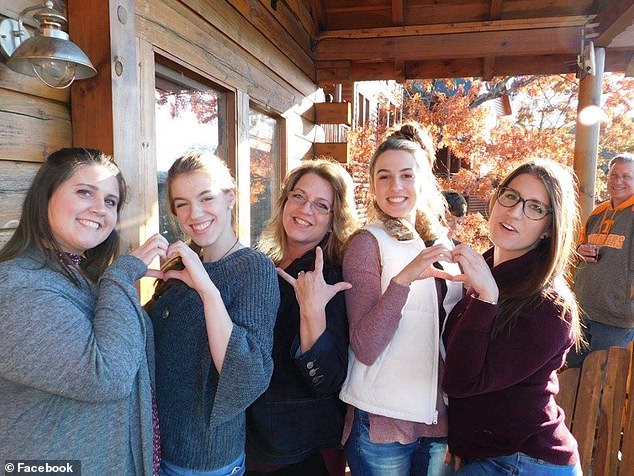 His eldest daughter Kathryn told her aunt that the last words her father said as he rescued her was ‘I got you.’  The four girls are pictured above with their mother Julie, (center) 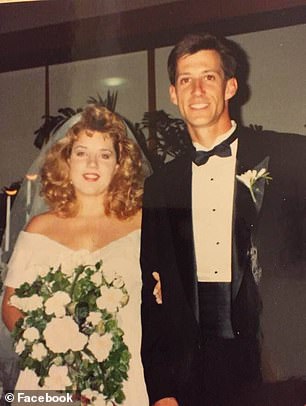 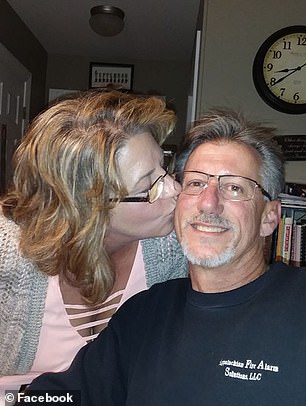 Julie Pepperman said husband Fred fell unconscious and had to be pulled back to shore by a group of bystanders who then gave him CPR. The two are pictured together above

He was later pronounced dead after being rushed to a local hospital, the outlet reported.

Pepperman’s sister-in-law, Colette James, shared the touching last words he said to one of the girls before he died.

‘Freddy has been there for many family rescues. Any time somebody needed him, he was there,’ she added.

James claimed there was a double red flag warning alert before the tragedy happened, but no one knew what they meant as the family were from out of town. 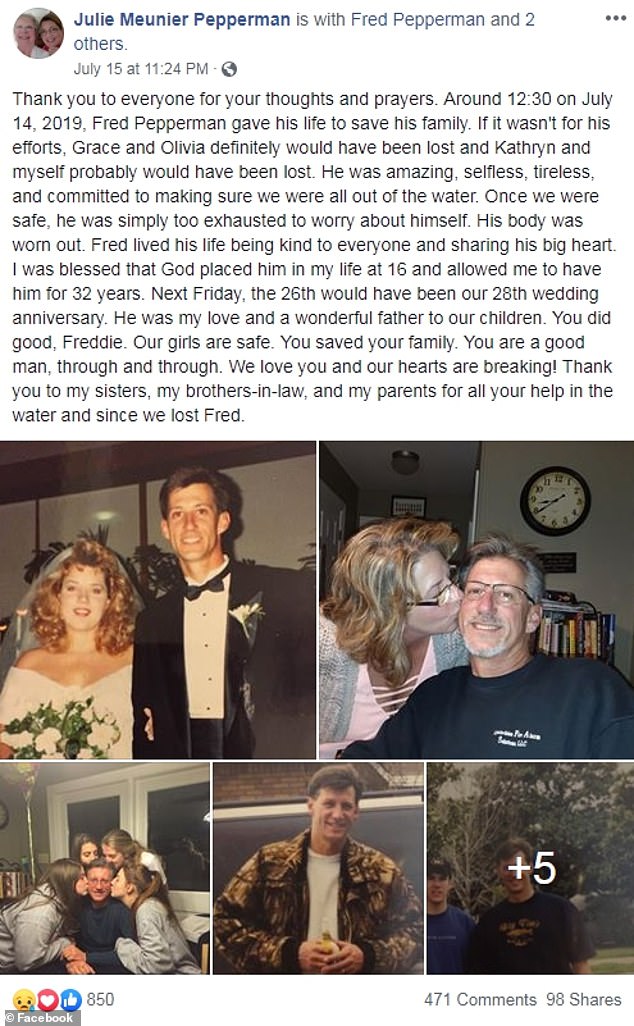 Julie Pepperman paid a moving tribute to her husband on Facebook, describing him as ‘amazing, selfless and tireless’ 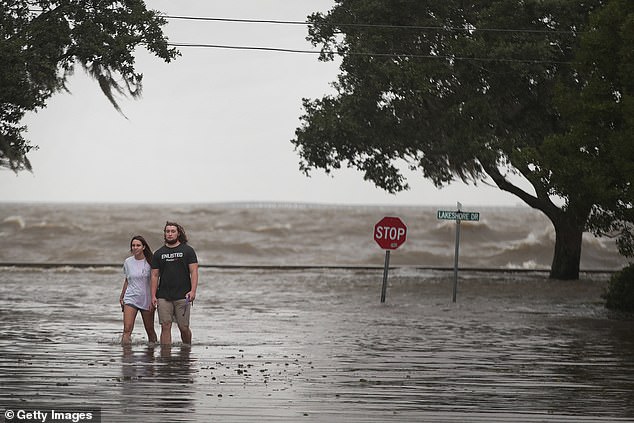 The incident occurred on July 14 when Tropical Storm Barry was barreling towards Louisiana.  However Julie Pepperman said that the water was fine that day on Seacrest beach

Julie Pepperman posted an emotional tribute to her husband of 32 years on Facebook, sharing several family images of him with his daughters and her.

In it she said: ‘He was amazing, selfless, tireless, and committed to making sure we were all out of the water.

‘Once we were safe, he was simply too exhausted to worry about himself. His body was worn out.

‘Fred lived his life being kind to everyone and sharing his big heart. I was blessed that God placed him in my life at 16 and allowed me to have him for 32 years.’

She claimed that the couple would have celebrated their 28th wedding anniversary on July 26.

The post added: ‘He was my love and a wonderful father to our children. You did good, Freddie. Our girls are safe. You saved your family. You are a good man, through and through. We love you and our hearts are breaking!.’

It claims Pepperman’s interests included the outdoors, hunting, fishing, and most especially his time at the beach.

‘Freddy was the true embodiment of integrity, honor, and selflessness. He was a family man and always made those around him feel welcomed and loved,’ the GoFundMe page adds.