This is the shocking moment a quiet game of pool in a pub erupts into a Wild West-style saloon brawl.

The fight broke out at 8pm on Sunday, when two groups of heavy-set men were exchanging words by the pool table at the pub in the sleepy market town of Tring.

The conversation becomes heated, and the men appear to be tugging an unseen object to and fro. Finally a man in a white jumper throws a punch.

The brawl begins close to the bar area of the pub (top left). A heated conversation quickly leads to a thrown punch and the fight escalates from there 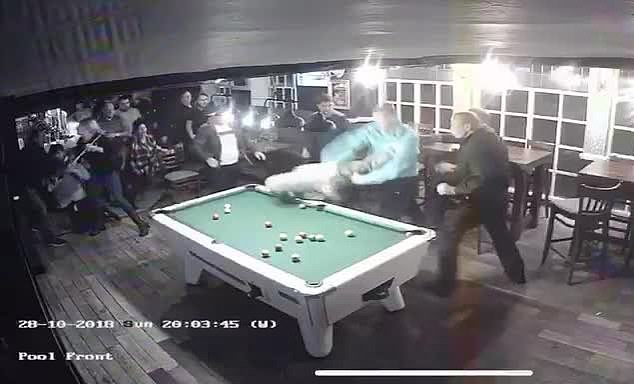 Soon after the brawl begins, a man in a green jumper is seen smashing the head of another onto the pool table. The man in the white jumper tries to retaliate but is dragged to the floor

The blow glances off his victim’s chin but appears to cause no injury. It was enough to spark a mass brawl, however, that would not have been out of place in a film starring John Wayne.

A scuffle breaks out to the left of the frame, as a number of men, several of whom appear to be intoxicated, tumble to the floor and start to grapple.

Meanwhile, two other men square up on the other side of the pool table and trade loose boxing punches.

One man has his head slammed on the pool table but continues blindly throwing hooks at the people around him before being dragged to the floor.

A man in a pair of glasses tries to come to his aid by shimmying around the table with a chair and bringing it down on one of his assailants. This is of limited impact, however, and he is swiftly disarmed by a good Samaritan. 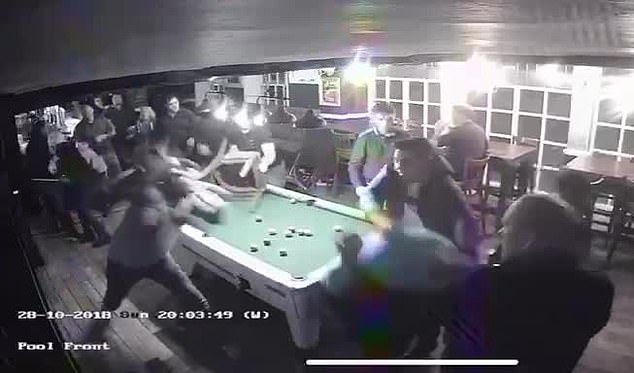 As the fight escalates, two men pick up chairs and brandish them as weapons 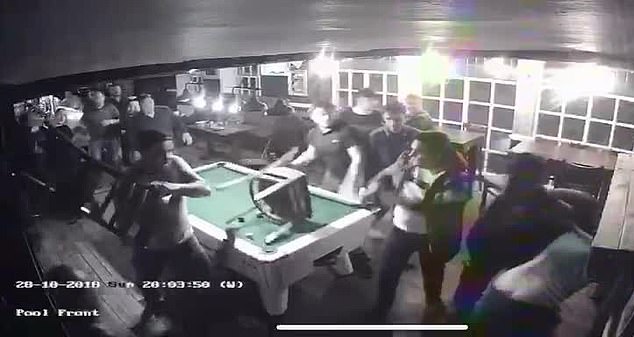 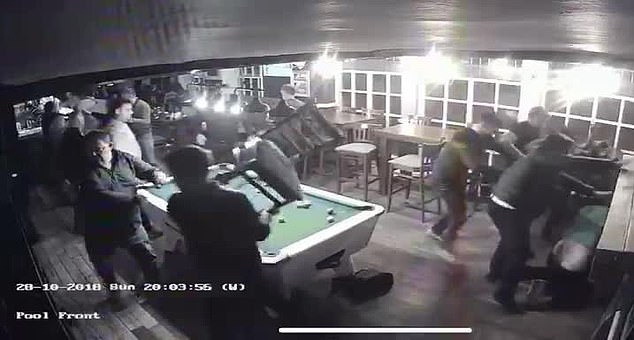 A man carries a chair away from the pool table before being disarmed. Meanwhile a group of people are fighting in a corner of the pub (right)

Three separate fights then break out around the pool table, with packs of men setting upon their victims on the ground and the chair being reused to attack others.

A blonde woman attempts to intervene and calm the situation, taking a chair away from one of the men and trying to break up a fight. But when she herself is punched, she puts up her fists and joins the fray.

This sparks the intervention of a dark-haired, middle-aged woman in a flowery blouse, who targets her friend’s assailants with a succession of blind and largely ineffective rabbit-punches.

Her attempts are unsuccessful, and the blonde woman is seen receiving several heavy blows to the face, one of which causes her head to collide with a wooden mantel-piece.

These are insufficient to knock her out, however, and two men grab handfuls of her hair and haul her to the ground. 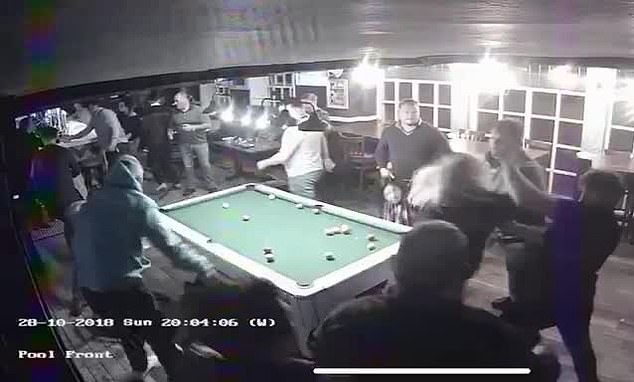 A blonde woman eventually attempts to intervene (right) but ends up getting caught up in the brawl. She swings wildly with her fists, but ends up being surrounded by a number of men 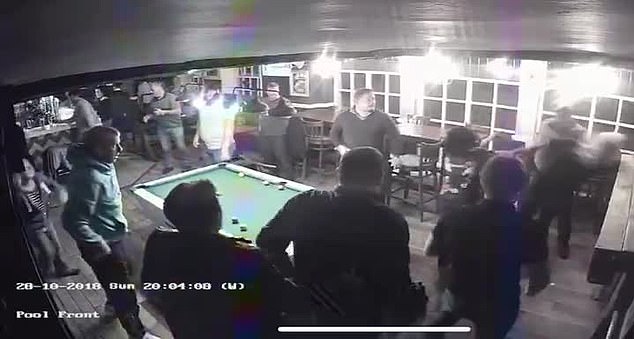 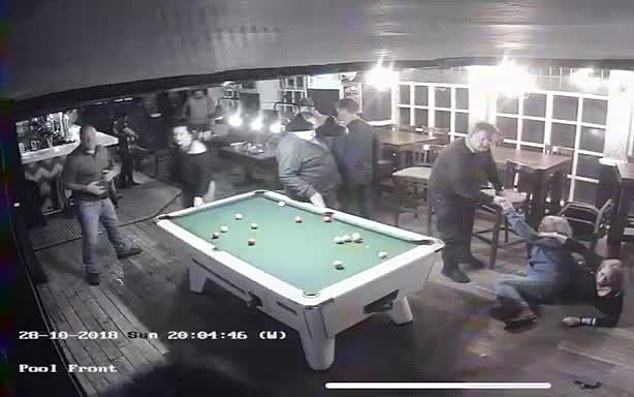 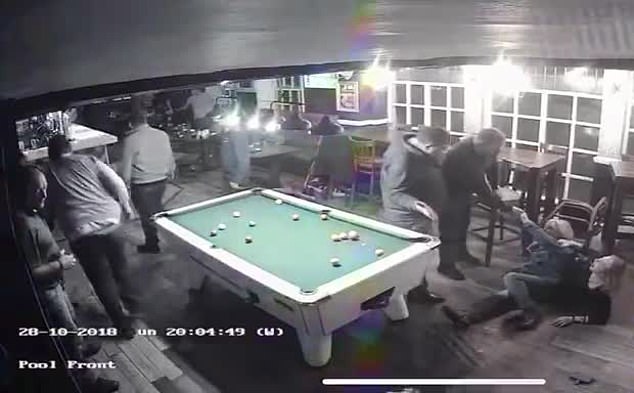 Meanwhile, a second blonde woman launches an attack on the middle-aged brunette whose rabbit-punches had proved so ineffective. The scenes quickly descend into all-out chaos, evoking scenes both from Western films and from Laurel and Hardy movies.

The middle-aged woman is eventually dragged away, still throwing punches. Recognising that she has been overpowered, she stalks out of the bar along with most of the men.

In the aftermath of the scenes, the two blonde woman are seen sprawled on top of each other while an elderly man hobbles over to gallantly help them up.

As the remaining pugilists leave the premises, a woman with short, dark hair is seen congratulating one of the men involved, who accepts her handshake and staggers unsteadily towards the exit.