A man from Trinidad who ended up serving two years behind bars while awaiting trial for a 2017 murder he didn’t commit ended up walking out of a Bronx courthouse as a free man after his case was dismissed on Tuesday.

Virgil Mitchell, 34, was clearly elated as he was pictured leaving the courtroom with his defense attorneys by his side when his double-shooting case was formally thrown out by Justice James McCarty.

Mitchell, who is also dad to a three-year-old boy, said he was looking towards the future with optimism despite being locked up for the last two years at Rikers Island Jail in the Bronx.

Virgil Mitchell (right), who was accused of murder in the first-degree and other related charges, stands next to his lawyers Murrry Richman (left) and Valerie A. Casali (center) 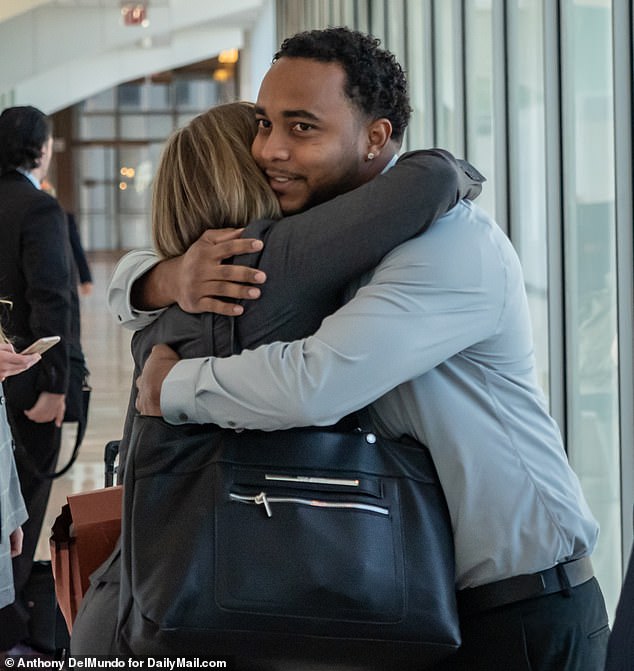 Virgil Mitchell hugged one of his lawyers Valerie A. Casali after the Bronx District Attorney’s office dismissed all charges against him inside Bronx County Hall of Justice 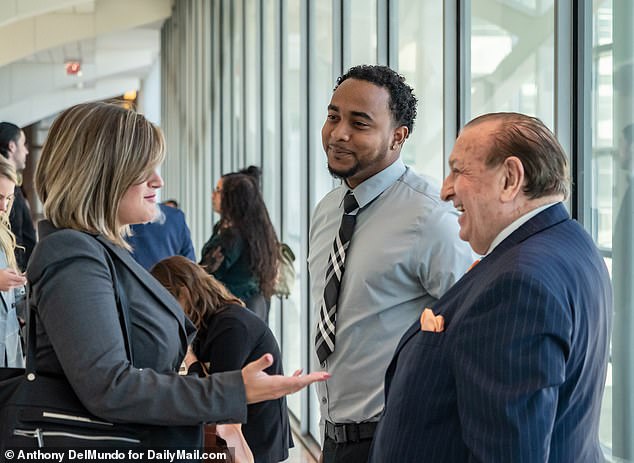 Virgil Mitchell, center, after the hearing that saw his 2017 murder charges dismissed. His attorneys Murray Richman, right, and Valerie Casali, left, are pictured in a Bronx courthouse

‘I want to get back on with my life and just pick up back where I left off, and move forward,’ he said to the New York Daily News.

Mitchell admitted that being in at Rikers Island Jail ‘did some emotional damage,’ but vowed to ‘not to let it defeat me.’

‘Man, I don’t wish that on nobody,’ he said, reflecting on his time behind bars.

Prosecutors believed that Mitchell was innocent during a Hunts Point shooting near an annual Caribbean music festival known as Moksha on June 25, 2017 around 6:10pm.

Atiba Ramsey, 36, was killed in the gunfire while a second victim, Kenda Verwayne, 36, was wounded. 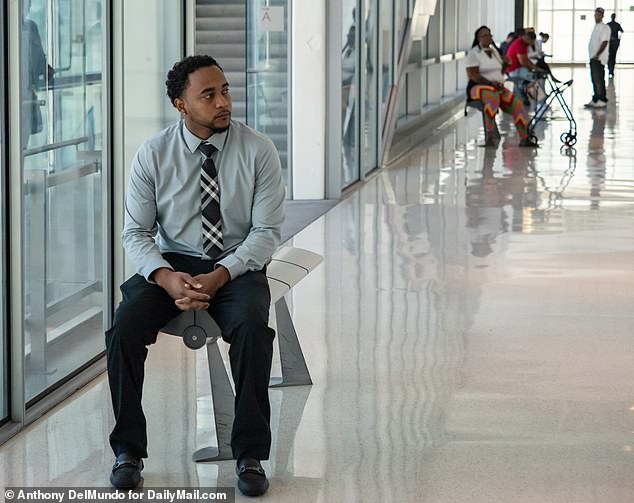 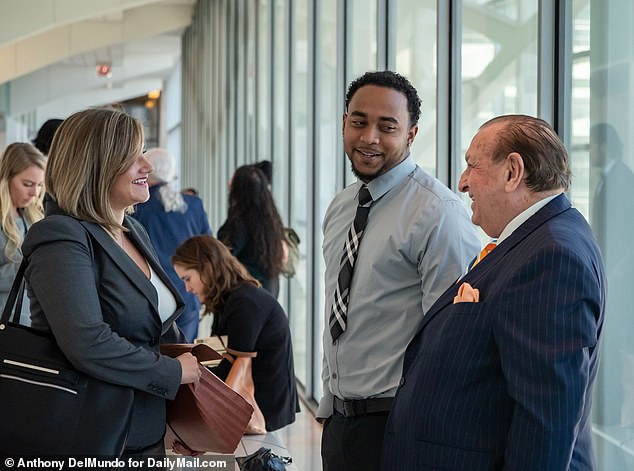 Mitchell’s defense attorney’s both pictured here, urged the judge and DA’s office to take a closer look at the case 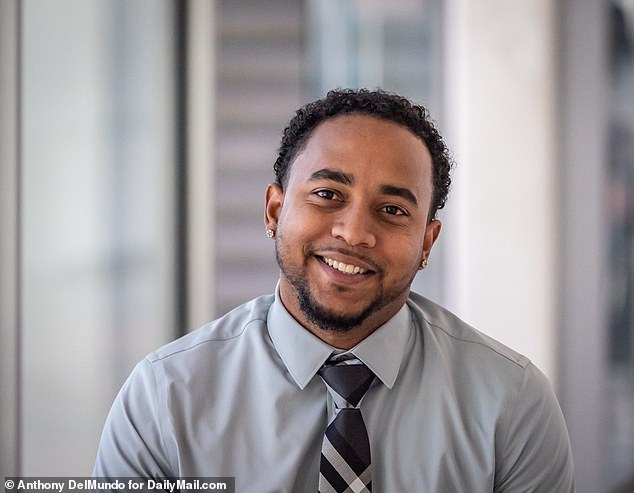 Plenty to smile about: ‘I want to get back on with my life and just pick up back where I left off, and move forward,’ he said

The District Attorney’s office began to re-investigate the circumstances after his lawyers urged prosecutors to take a second look at the case.

Mitchell ended up being wrongly convicted of the shooting after being picked out of a police lineup as a result of a Crime Stoppers tip.

But there was only one eyewitness who failed to provide accurate information.

There was also plenty of other evidence that exonerated him, the DA’s office said.

An anonymous 911 caller referred to the shooter as ‘heavyset,’ weighing about 240 pounds and about 6-foot-2. Mitchell is 5-foot-9 and about 180 pounds, according to police records.

Several witnesses also placed Mitchell inside the heavily-secured Trinidadian festival ‘the entire time that they were.’ 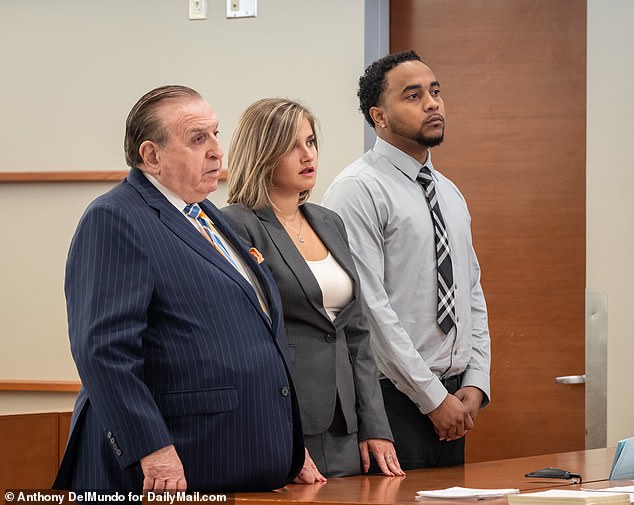 Mitchell, pictured fare right, who is also dad to a three-year-old boy, said he was looking towards the future with optimism despite being locked up for the last two years

They told prosecutors there was tight NYPD security with the use of metal detector wands at an event known as the ‘Holiday of Colors’ in which those attending were splashed with paint.

Prosecutors also conceded that it was ‘highly likely’ Mitchell’s clothes would have been drenched with paint and could not have ‘looked like he was wearing a white t-shirt’ which the gunman was said to have been dressed in.

Prosecutors eventually conceded that the case against Mitchell was flimsy.

‘The People’s assessment is that there is sufficient proof to support the position that the defendant is not the shooter,’ prosecutors wrote in a dismissal memo filed Tuesday in Bronx Supreme Court.

‘Virgil Mitchell’s physical attributes differ markedly from the description provided by witnesses,’ the DA’s report says. ‘It is difficult to imagine how Mitchell could have gotten a gun into the festival such that he could have access to it later in the day given the tight security …’

Mitchell had no criminal record at the time of his arrest and had a steady job as a utilities worker for National Grid.

Mitchell had been held without bail at Rikers on murder, assault and other charges since his 2017 arrest.

Another suspect was since identified through palm prints found on a vehicle at the scene.