Trio who lived on space station for six months return…

By Ian Randall and Joe Pinkstone For Mailonline

A trio of space travellers have returned safely to Earth after a six-month mission on the International Space Station.

After a brief medical check-up, the three will be taken to Dzhezkazgan, from where they will depart for home.

A trio of space travellers have returned safely to Earth after a six-month mission on the International Space Station. Pictured, NASA astronaut Chris Cassidy 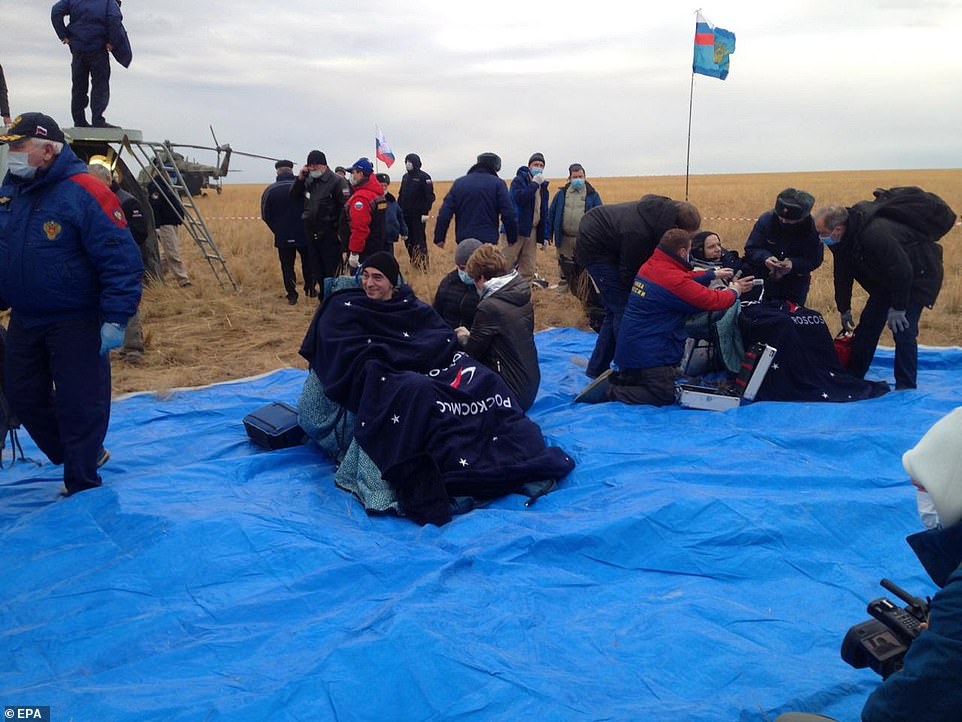 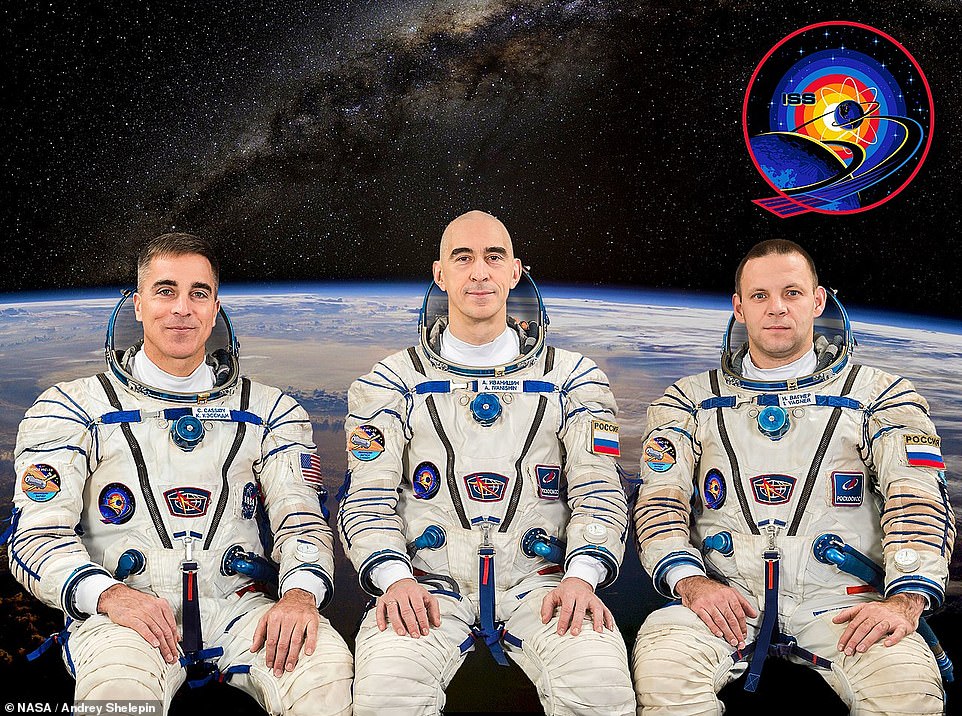 The crew smiled as they talked to masked members of the recovery team, and Nasa and Roscosmos reported that they were in good condition.

As part of additional precautions due to coronavirus, the rescue team members meeting the crew were tested for the virus and the number of people involved in the recovery effort was limited.

The trio had spent 196 days in orbit since arriving at the station on April 9.

Although the COVID-19 pandemic had already begun when they arrived, the global health crisis was not as severe as it is now.

In preparation for his return in a Soyuz capsule tomorrow evening, Mr Cassidy tweeted two pictures of himself donning a facemask onboard the space station.

‘Training myself for my new reality when I get home on Wednesday.’ 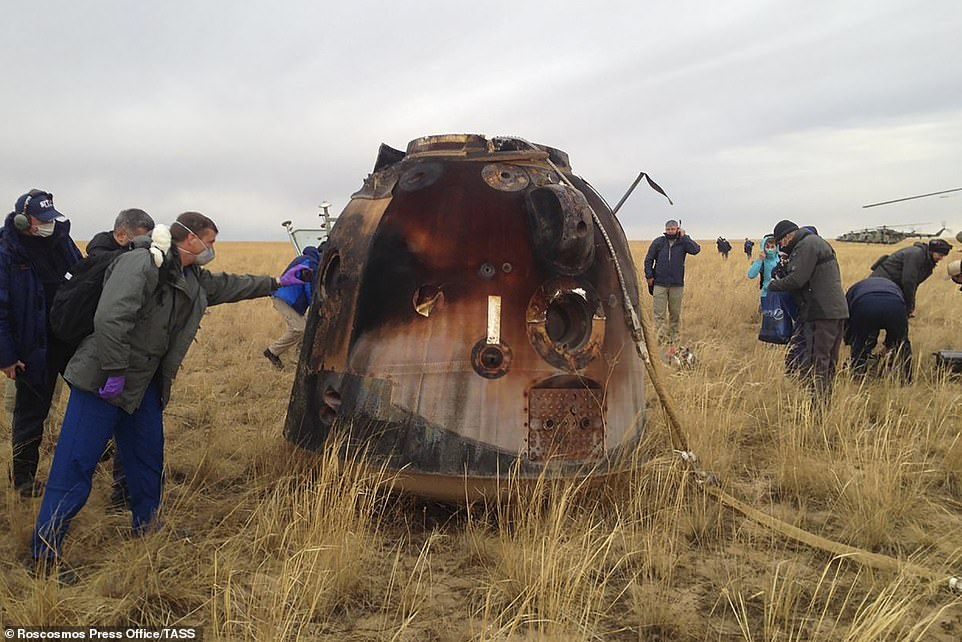 The Soyuz MS-16 reentry capsule has successfully landed in the steppe southeast of Zhezkazgan, with the members of the ISS Expedition 63 crew, Roscosmos cosmonauts Anatoly Ivanishin, Ivan Vagner and NASA astronaut Christopher Cassidy, returning back to Earth 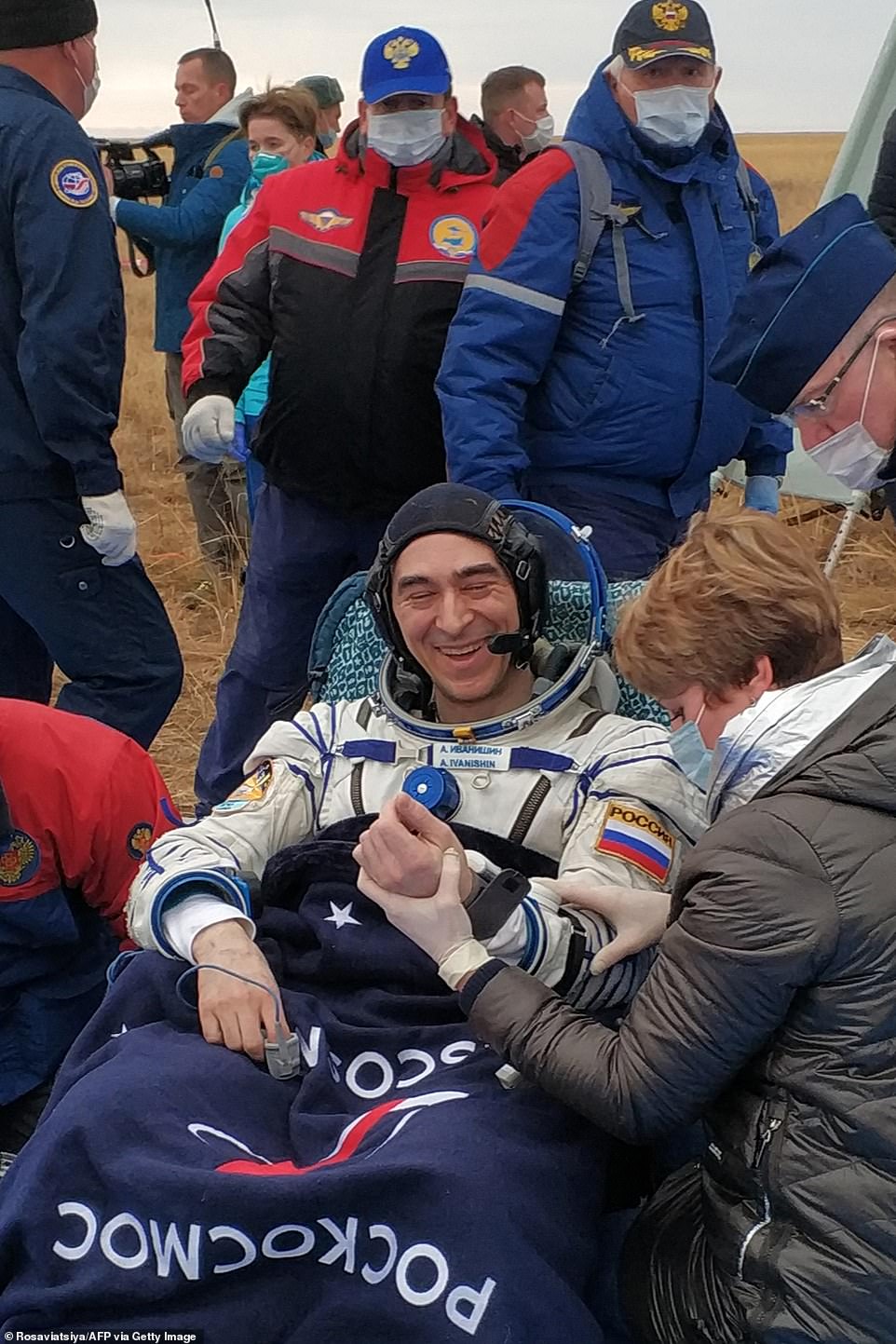 Pictured, Russian cosmonaut Anatoly Ivanishin gets medical check shortly after landing. The astronauts were sent to space in the early days of the Covid-19 pandemic and return to a different world 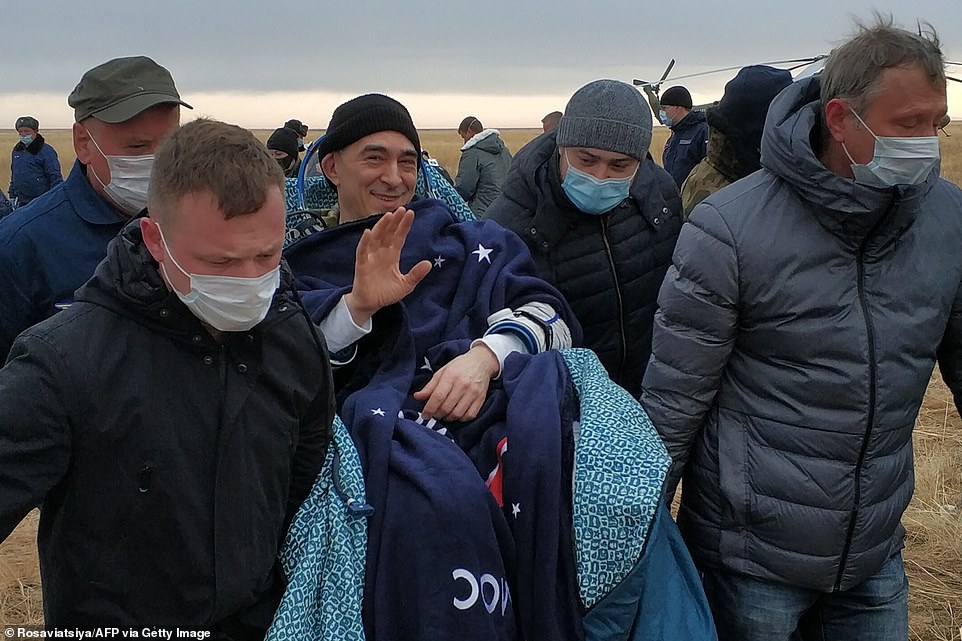 Ground personnel carry Russian cosmonaut Anatoly Ivanishin. As with all visitors to the International Space Station, Mthe astronauts went into isolation prior to their trip. This precaution helps to ensure that astronauts do not accidentally bring newly contracted diseases on-board the station 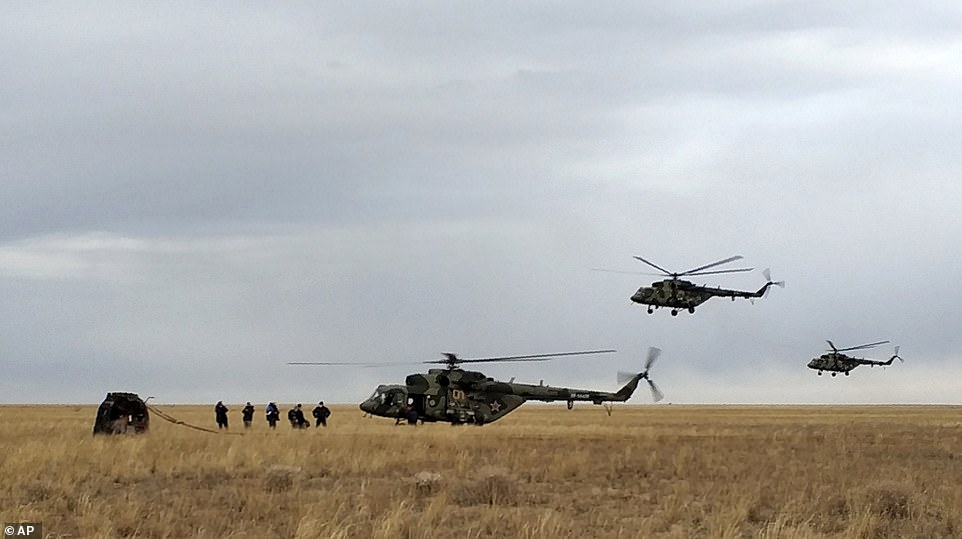 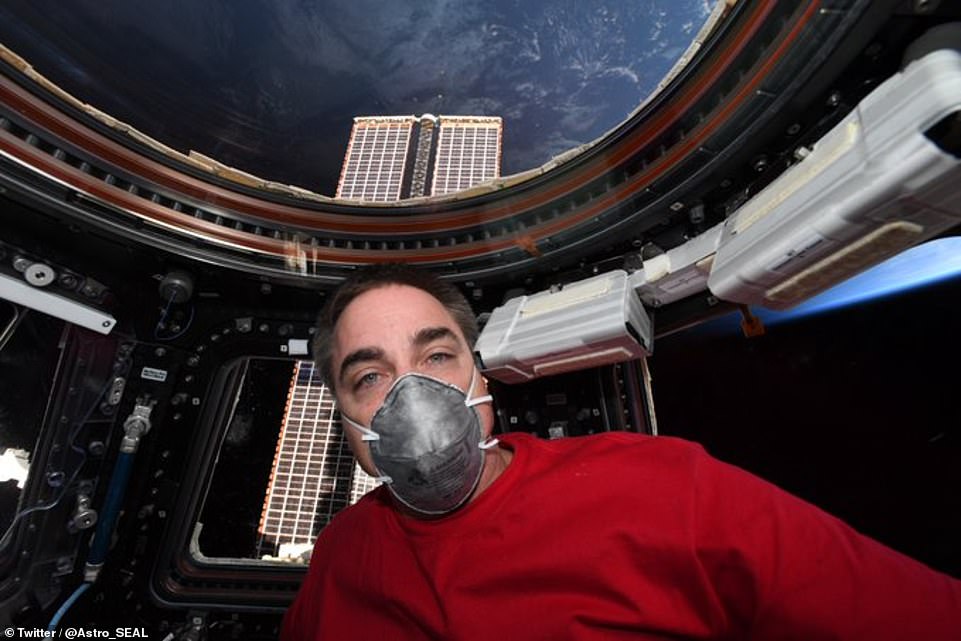 Having been in their own very special ‘social bubble’ for almost six months, three astronauts will return from the International Space Station tomorrow. In preparation for his return in a Soyuz capsule, NASA’s Chris Cassidy tweeted pictures of himself donning a facemask

As with all visitors to the International Space Station, Mr Cassidy and his crewmates went into isolation prior to their trip.

This precaution helps to ensure that astronauts do not accidentally bring newly contracted diseases onboard the station, where they could develop to endanger their health and those of the other crewmembers.

Normally this quarantine last for a couple of weeks prior to lift-off, but given the COVID-19 crisis, Mr Cassidy and colleagues were isolated for a whole month.

As part of Expedition 63, the trio have performed a series of spacewalks, undertaken routine maintenance on the station, carried out various experiments, installed a new space toilet and even identified the source of a mysterious air leak.

Before the crew’s departure, Russian cosmonauts were able to temporarily seal the air leak they tried to locate for several months.

The small leak has posed no immediate danger to the station’s crew, and Roscosmos engineers have been working on a permanent seal.

Nasa’s Kate Rubins and Roscosmos’ Sergey Ryzhikov and Sergey Kud-Sverchkov arrived at the orbiting outpost a week ago for a six-month stay.