Tristan Thompson’s alleged baby mama Maralee Nichols is breaking her silence after DailyMail.com exclusively obtained court documents earlier this month claiming they were having a child together.

The fitness model – who has now given birth to her child – gave a statement to both E! News and UsWeekly on Friday stating she did ‘everything possible’ to not draw attention to herself throughout the pregnancy, contrary to what Thompson has claimed.

Nichols says her only ‘goal’ now is ‘raise our son in a safe, healthy, loving and private environment.’

The statement comes a day after Thompson’s set back in their ongoing paternity case, as a judge dismissed his attempt to have the case conducted in Houston, Texas, with the case now likely to be heard in California.

Nichols also claims that Thompson – who was allegedly still in his relationship with Khloe Kardashian at the time of their liaisons – told her he was ‘single and co-parenting.’

Breaking her silence: Tristan Thompson’s baby mama Maralee Nichols breaks her silence as she says her goal is to ‘raise our son in a safe, healthy, loving and private environment’

‘He told me he was single and co-parenting,’ Nichols claimed in the statement. ‘I would never have gotten involved with Tristan if I thought he was in a relationship.’

She also denied the former Cleveland Cavaliers player’s claims that the pair had only a ‘casual sex’ arrangement.

Nichols claims Thompson told her at the time that he was ‘not having a sexual relationship with anyone else.’

She said their relationship was ‘not casual sex nor did we have any arrangement. Tristan and I communicated daily and talked on the phone. We would see each other several times a month.’

Speaking to ‘defend her character’ Nichols also denied reports that she has spoken to the media and claimed to set the record straight on ‘inaccuracies’ about the situation.

Nichols told the outlet: ‘I have not at any point released – nor have I directed anyone else to release – any information regarding Tristan Thompson or any litigation involving him.’

She is referring to a previous TMZ report, on how Thompson claimed in the court case that he believes Nichols had violated a confidentiality order the judge orally granted earlier in the case.

Nichols added: ‘I have never spoken to any media outlet, nor have I leaked any information to anyone at any time. I am providing this statement because I feel I must defend my character.’

DailyMail.com has reached out to representatives for Thompson regarding Nichols’ comments, who have so far not responded. 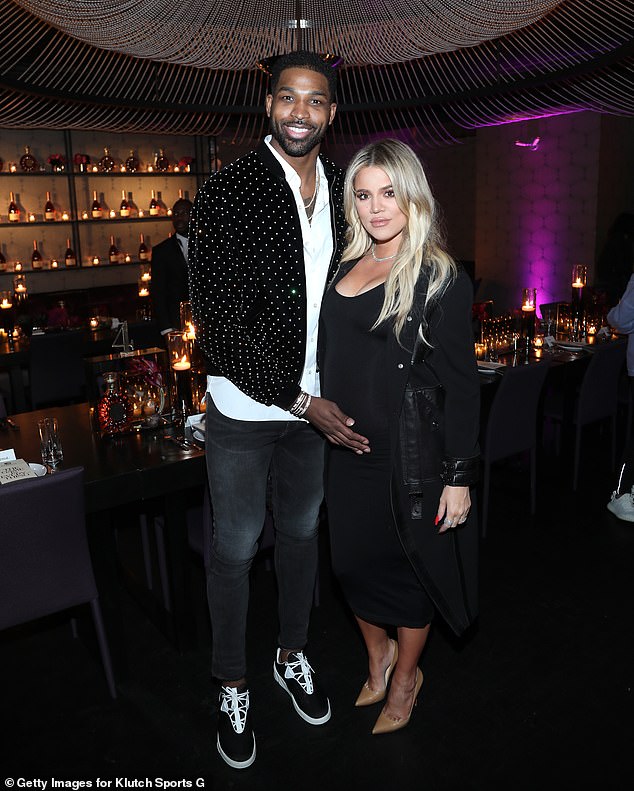 Pain: Thompson was allegedly  having a sexual relationship with Nichols why he was still dating reality star Khloe Kardashian, with whom he shares three-year-old daughter True (Pic, 2018)

Nichols claims she first met the sports star at a party held at his home in Encino, California in 2020.

‘I agreed to meet him in Houston at a private party on March 12. I never drove a Maserati to meet Tristan, as he claimed. He has never even been in my vehicle.’

‘I used an Uber or was driven by friends that weekend. Houston was one of many nights we spent together. Soon after his birthday weekend in Houston, Tristan invited me to visit him in Boston.’ 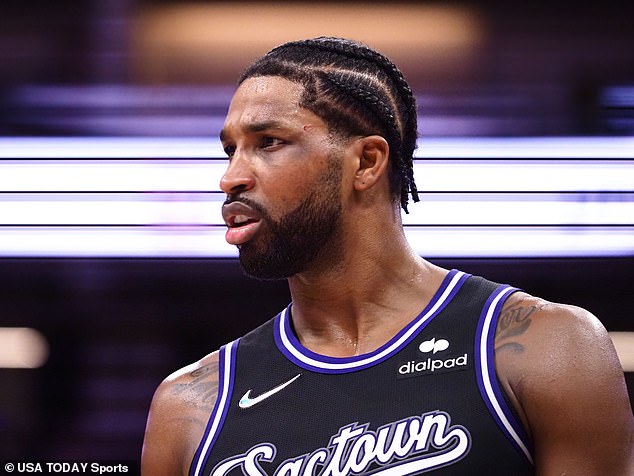 Thompson said in court docs that he and Nichols were only affiliated ‘sporadic basis for consensual casual sex’ during a timeframe between December 2020 and March 13, 2021

She then claims that a few weeks after her trip to Boston, she discovered she was pregnant. Nichols claims that she informed Thompson about the pregnancy in North Carolina, after he had invited her to see him towards the end of April.

Clarifying the timeline of her pregnancy, Maralee also claim that she was induced on Nov. 29, 2021 because she had a ‘placenta abnormality.’

Finishing her statement, Maralee said: ‘Instead of focusing on any negativity, I am choosing to embrace being a mother and doing the best I can for my son. I do not want any further media attention, nor do I want a romantic relationship with Tristan. My goal is to raise our son in a safe, healthy, loving and private environment.’

Maralee also clarified in her statement that has not been a personal trainer for over four years, and was not Thompson’s trainer. She refers to herself a ‘fitness model’ and says she has lived in California since 2019. 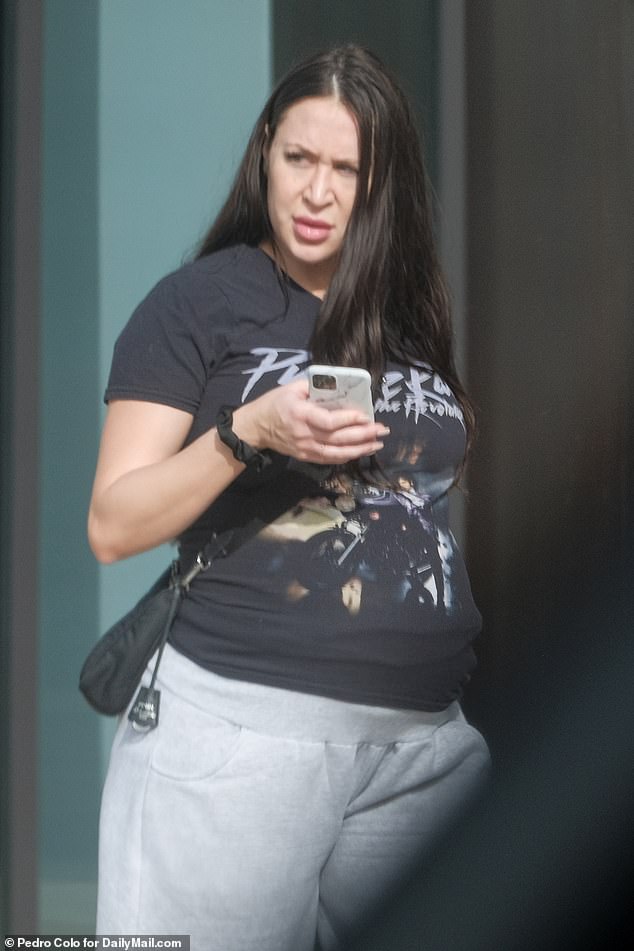 The philandering Sacramento Kings center had previously admitted to sleeping with his former personal trainer Maralee Nichols, 31, (pictured just before giving birth) although the paternity of the little boy she gave birth to earlier this month is yet to be established

The philandering Sacramento Kings center had previously admitted to sleeping with Nichols,  although the paternity of the little boy she gave birth to on December 1 is yet to be established.

But while Thompson said they had sex several times at his 30th birthday celebrations in March – around the time he was also publicly dating Khloe – he’s now conceding that the pair had been meeting up for months.

In court documents obtained by DailyMail.com this week, Thompson said he communicated with Nichols via Snapchat under the username ‘blkjesus00,’ only discussing when and where they would meet up for sex.

The issue of where and when the baby was conceived is significant because Nichols wants to sue for paternity in California while Thompson wants the suit handled in Houston, Texas, where Nichols’ lawyers say he will likely pay less child support.

Nichols alleges the pair met in California and were hooking up on and off for five months before she became pregnant and Thompson offered her $75,000 in hush money to get an abortion. 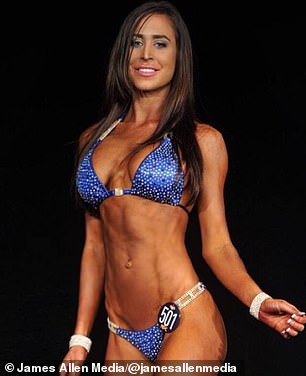 Nichols previously competed in body building, according to social media

‘Contrary to Petitioner’s many inferences in her declaration, we did not have a serious ongoing relationship,’ the superstar athlete coldly responds in a new filing.

‘We saw each other sporadically between December 2020 and March 13, 2021 and did not have sexual intercourse in California during that time.

‘Petitioner told me that she had been involved with other athletes and understood the limitations of our relationship; to-wit, that we might see each other on a sporadic basis for consensual casual sex only.

‘From December 2020 through March 2021, we saw other on such a basis. We never had any telephone calls, emails, nor did we exchange text messages. We only communicated via the Snapchat application.’

Thompson acknowledges in the new papers that he met Nichols at ‘someone’s house’ in Late November or early December 2020.

He also concedes that she came to his LA home on ‘maybe two occasions’ but insists he cannot recall ever having sex with her in California.

‘I only recall that Petitioner and I had sexual relations in March of 2021 and at no other time in 2021,’ he writes in the filing, lodged in LA County superior Court.

‘Petitioner constantly used the term ‘hook up’ to describe our relationship which was the reality. I am certain that if the child is deemed to be my child that the only date of conception was March 13, 2021, because it was my birthday.’

Dismissing any suggestion of a genuine connection with Nichols, he goes on: ‘Although Petitioner has set forth virtually every date that she contends we had sexual relations, the only date that she cannot remember having sex is on March 13, 2021, my birthday, in Houston, which is the only date that conception could have taken place leading to a delivery on December 1, 2021.

‘As I stated, our relationship was based on sex. We would not have seen each other in Houston if we were not going to have sex.

‘We did not have any dates in the traditional sense at any time; there were no dining at restaurants, going to movies, traveling or any other indicia of a normalized relationship. There was only Snapchats of ‘where’ and ‘what time’ we would hook up and what hotels would be used.’ 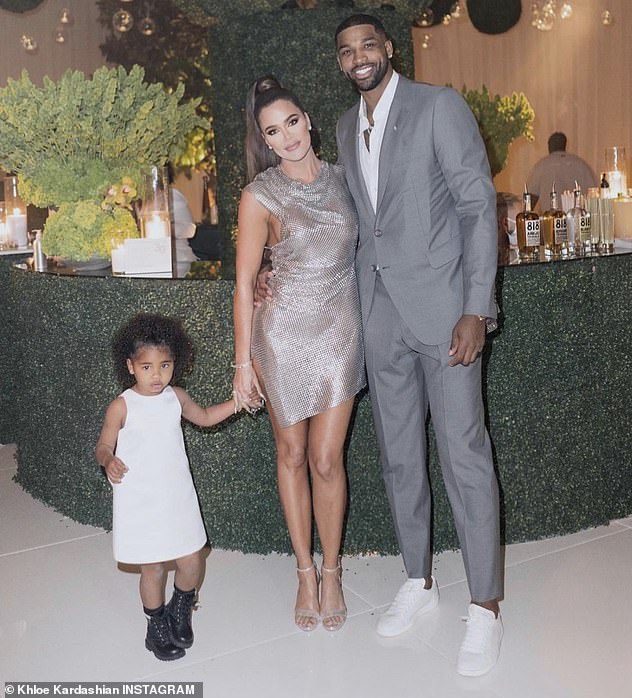 Bombshell court papers obtained by DailyMail.com claim the baby was conceived in Houston during Thompson’s 30th birthday celebrations in March – when he was still dating Khloe Kardashian, the mother of his four-year-old daughter True. The couple are seen during his birthday bash earlier this year

‘We only communicated via the Snapchat application,’ he states, ‘My username on Snapchat has always been ‘blkjesus00.’

Thompson said they used Snapchat to protect their privacy because of the app’s delete function.

‘After a snapchat message, the message is automatically deleted. If either one of us would do something to try and save the message, the other party would be notified. I was never notified that Petitioner saved a message from me. Petitioner never confirmed that I was notified of her retaining messages,’ he said.

He claimed that Nichols could have ‘easily create a fabricated conversation with a person other than Thompson (including herself) by using two different devices and by using the contact name ‘TT’.

‘There is no way to authenticate what username is sending the messages from the pictures of the Snapchat messages provided by Nichols from ‘TT”.

Thompson insisted Nichols get an abortion and offered her $75,000 in hush money after she became pregnant with his child while he was still dating Kardashian, according to court filings.

Nichols, a Houston native, has since moved to Los Angeles and is now suing the athlete for child support as well as for reimbursement of medical expenses and pregnancy-related costs.

She has also filed to submit text messages between her and Thompson as evidence for her paternity lawsuit which allegedly show that he wanted her to terminate the pregnancy, Page Six reported.

Attorneys for Nichols claim that the communications show Thompson ‘addressing the parties’ relationship’ and ‘insisting that she get an abortion and threatening that she will get next to nothing with lesser support requirements in Texas.’