A homeless hero who intervened in an inner-city terrorist attack is behind bars after another alleged burglary.

Michael Rogers, affectionately known as ‘Trolley Man’ for his role in trying to stop the Bourke Street terror attack with a shopping cart on November 9, is accused of stealing from an East Melbourne apartment on Wednesday afternoon.

The 46-year-old was arrested on Friday and charged with burglary, theft and committing an indictable offence while on bail, and was remanded in custody.

The alleged offence took place on Wednesday, the day after Rogers told Melbourne Magistrates Court he would ‘try his best’ not to re-offend.

In an earlier incident, Rogers was accused of stealing a bike and breaking into a cafe and raiding the till on the day before the Bourke Street attack, The Age reported.

He allegedly took $500 out of the counter drawer, as well as stealing a $2,000 bicycle from a nearby apartment block.

Facing court for the accusations on Tuesday, he said he would ‘try his best’ to comply with strict bail conditions imposed by Magistrate Julie Grainge until his next court hearing a month later.

His lawyer Melinda Walker said Rogers had an appointment with a psychologist on Wednesday and was still in the process of considering his position on the charges.

He will now be remanded in custody until December 17 to reappear in court. 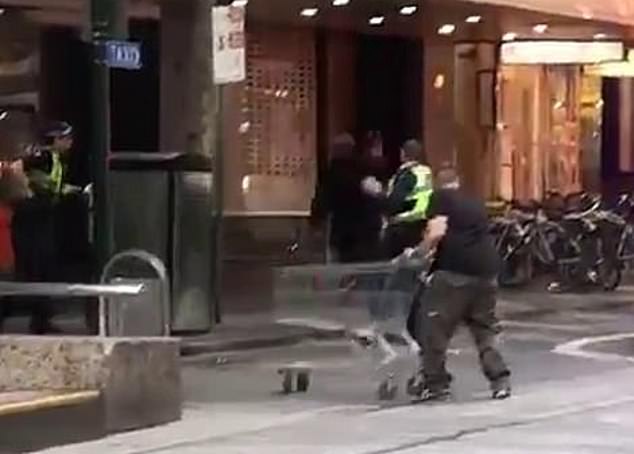 He rose to fame after attacking Islamic State extremist Hassan Khalif Shire Ali with a trolley as he ran rampant through Melbourne’s Bourke Street on November 9, stabbing three men and killing one.

More than $155,000 was raised for the homeless man in a GoFundMe campaign  started by Donna Stolzenberg from the National Homeless Collective. 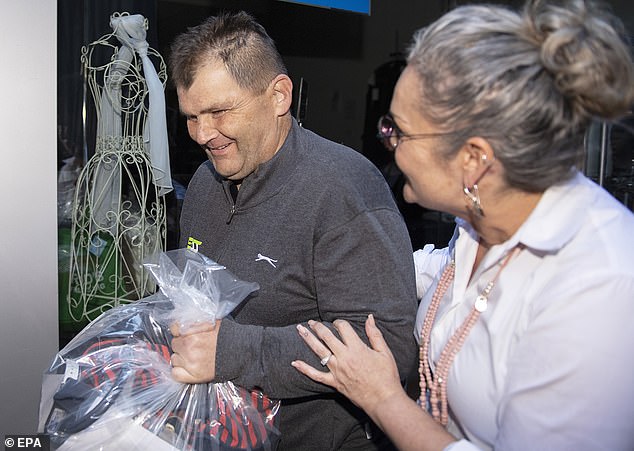 More than $155,000 was raised for the homeless man in a GoFundMe campaign