The infamous Bourke Street hero dubbed nationwide as the ‘Trolley Man’ is negotiating his surrender to police after a warrant was issued for his arrest.

Michael Rogers, 46, is being searched for by police over a series of burglaries in the Melbourne CBD and St Kilda areas as well as a breach of bail conditions.

Australia’s most famous homeless man helped police take down the Bourke Street terrorist by pushing a trolley into him.

A video circulated online of Rogers attempting to try and stop Hassan Khalif Shire Ali, 30, as the attacker repeatedly lunged at police officers with a knife.

Donna Stolzenberg, the founder of the Melbourne charity Melbourne Homeless Collective, told Daily Mail Australia she was currently with Rogers who was in contact with police.

Ms Rogers was behind a GoFundMe initiative that raised more than $140,000 for Rogers following his heroic efforts on Bourke St on November 9.

In a statement to Daily Mail Australia, Rogers said he had ‘contacted police and would like to do the right thing’.

At the time of publication he was and just waiting to hear back from them.

He said the offences were quite old and ‘wants to do what’s in his best interests’. 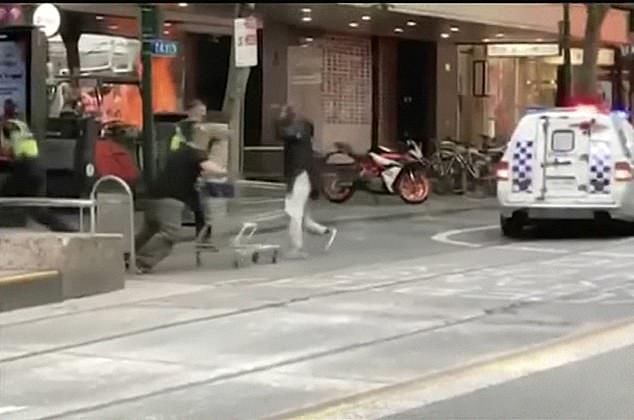 A video circulated online of Rogers attempting to try and stop Hassan Khalif Shire Ali, 30, as the attacker repeatedly lunged at police officers with a knife (pictured) 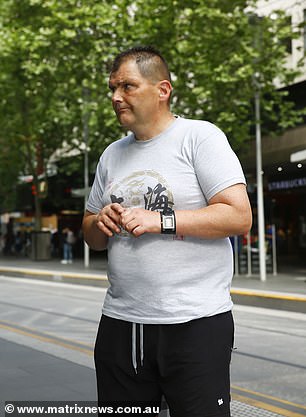 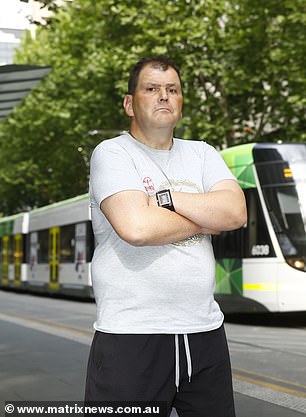 While more than 4,000 people have donated to the online fundraising effort since it was launched, many were shocked to learn of his checkered past.

‘This human has been in and out of jail for two decades on burglary and other charges,’ one wrote online.

‘He also has a drug addiction. Basically, this guy is a criminal and a deadbeat and you gave him $82K. Well done Australia.’

‘I was unaware when I tweeted this that he is a convicted criminal. The fact remains that he tried to help, but maybe direct funds to The Salvos instead,’ she said.

Broadcaster Neil Mitchell questioned how the raised money would be distributed and said ‘great care’ was needed.

‘As has been reported, Michael has a criminal history, he did five years in jail for aggravated burglary so it must have been a bad one,’ he said on 3AW Radio.

‘He’s got drug problems which he has talked about himself. Great care needed there in my view.’

Melbourne Homeless Collective initially announced ‘all funds donated to this campaign’ would go directly to Rogers to ‘help get him back on his feet’.

‘He’s a hero in our eyes and he can do what he feels best with any funds he receives,’ the charity said. 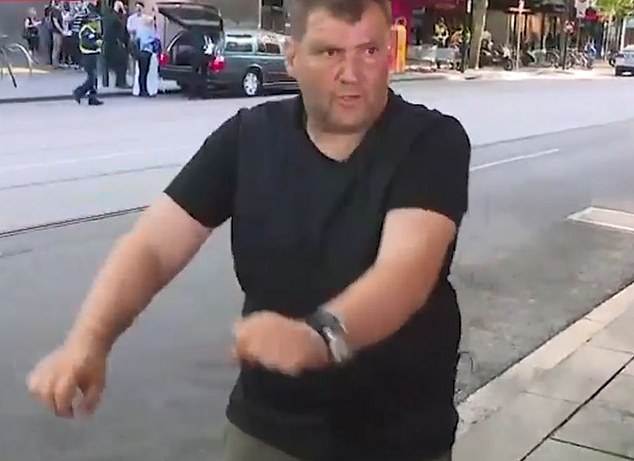 In a statement to Daily Mail Australia, Rogers (pictured) said he had ‘contacted police and would like to do the right thing’

‘He risked his own life that day for nothing in return and you can’t put a price on that.’

While a small minority argued the ‘Trolley Man’ wasn’t entitled to the cash, thousands more slammed that suggestion and labelled him ‘a hero’ and ‘a champion’.

‘Trolley Man is everything great about Australia. He’s not running away. He’s helping in a crisis, and he’s doing it in a ridiculous but effective way,’ another posted online.

He has no friends, only acquaintances, he told Daily Mail Australia.

‘They’re just associates. I’ve truly got no friends. I’ve got a lot of bad associates, but no good friends,’ he said.

Rogers has come under fire for everything ranging from his criminal past to claims he wasn’t homeless. 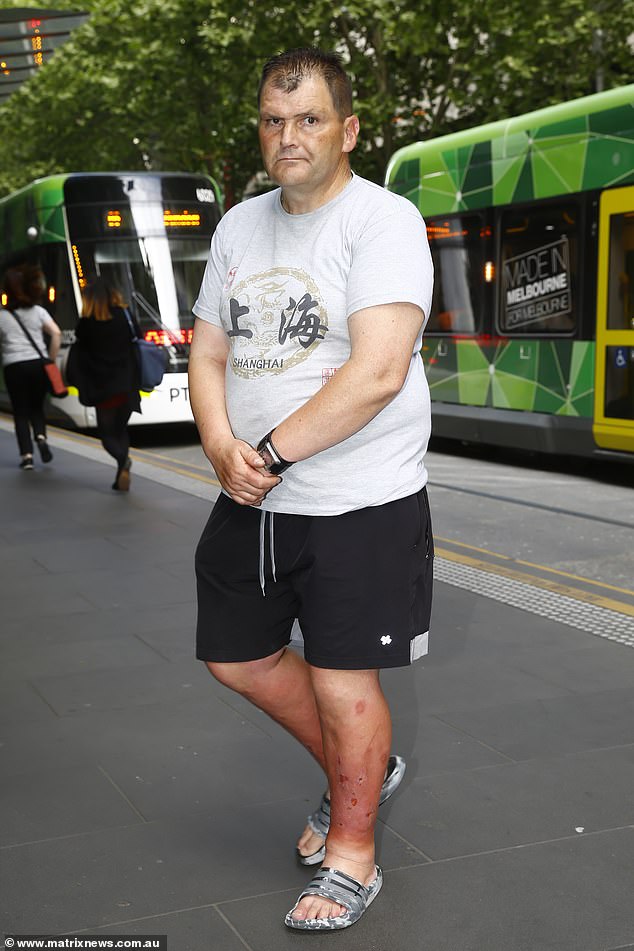 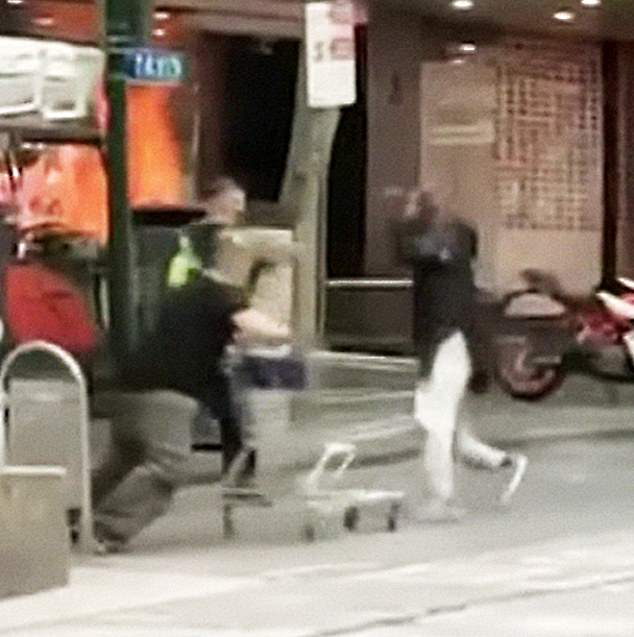 The shy and softly spoken hero has recounted the moments of madness that saw him charge at the killer with a trolley (pictured), and spoken about his lonely life on the streets

Rogers, who has pledged to go straight after a life of petty crime, has already gone out of his way to help more people since the attack and promised to donate thousands more to charity.

‘I’m giving it away, as well as keeping some,’ he said.

While concern remains over exactly what Rogers will spend the money on, the 46-year old longs for ordinary things most Australians take for granted.

‘I love clothes. I love push bikes – that’s my favourite. That’s my passion,’ he said.

It was a passion that saw him breach his parole for aggravated burglary and wind-up back in jail.

He had only been free for five weeks when the attack on Bourke Street happened.