Heavy rain and wind gusts of up to 85km/h hit south-east Queensland as Cyclone Seth was downgraded from a Category 2 to Category 1 system on Saturday.

The Gold Coast is on high alert after large swells and dangerous surf conditions closed beaches from Burleigh to Southport as well as 14 beaches in the Sunshine Coast.

Mayor Tom Tate said the city was monitoring conditions over the next 48 hours as the tropical cyclone tracks south.

‘We are doing some modelling today to see what impact tomorrow’s high-tide will have on low lying areas like Budds Beach,’ the Mayor said.

‘I advise everyone to keep their kids away from stormwater drains and local creeks such as Loders Creek and the main rivers feeding into our broadwater.’ 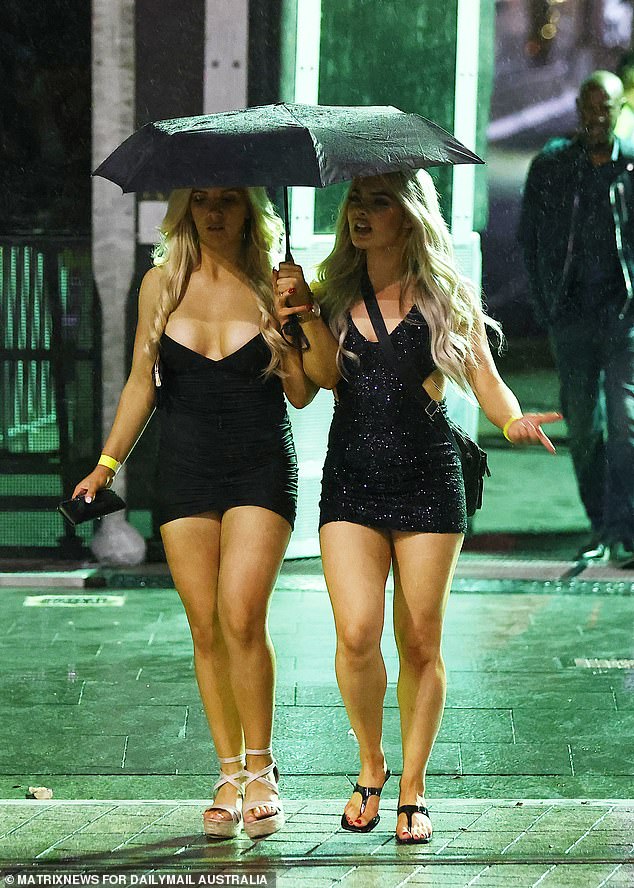 The Bureau of Meteorology issued a severe warning claiming ‘astronomically’ high tides and dangerous conditions will hit the south-east over the long weekend.

‘Abnormally High Tides for coasts of Wide Bay and Burnett and Southeast Coast,’ the Bureau wrote on Twitter on Saturday,

‘Cyclone Seth is generating increasing seas and swell across southeast Queensland, coinciding with an astronomical peak in high tides over the next few days.’

Due to the extreme weather 14 beaches were forced to shut along the Sunshine Coast and Gympie regions. 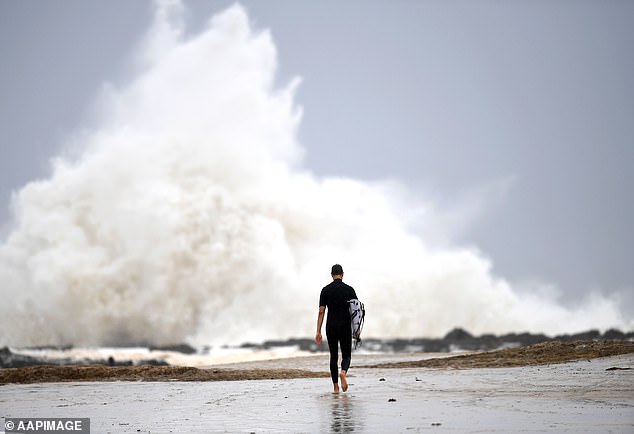 The Gold Coast remains on high alert and is closely monitoring the cyclone as extreme weather brings large swells and hazardous conditions forcing beaches to shut. Pictured: Snapper Rocks on the Gold Coast

Emergency services including a rescue 500 chopper were called to McNamara Rd at Rocksberg, east of Caboolture on Saturday after multiple cars became stuck.

Queensland Fire and Emergency Service said the motorists had become stranded near where the road crossed the Caboolture River. 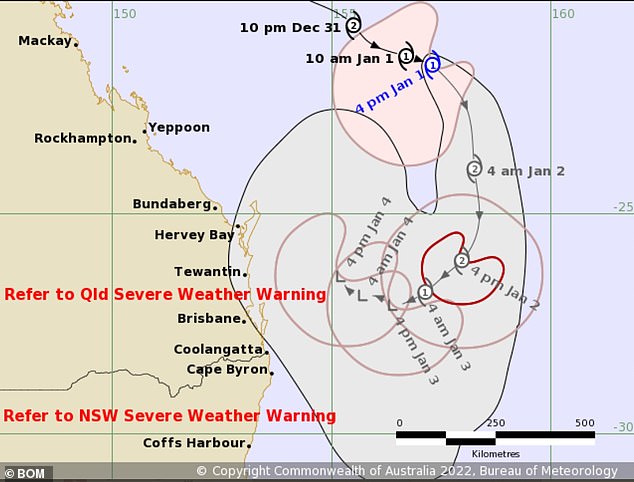 A rescue 500 helicopter was deployed to help the residents, however four hours later the river subsided and all five vehicles were able to cross safely.

Additional areas including Buchanan Rd at Morayfield, Kirri Ave at Petrie, Mott St at Brendale and Strong Rd at Rush Creek, were also closed due to flash flooding.

Currently the southeast’s combined dams level has reached 63.5 per cent with 10 dams spilling over after a week of deluge.

Cyclone Seth is expected to weaken on on Sunday and Monday as it moves south off the Queensland Coast. 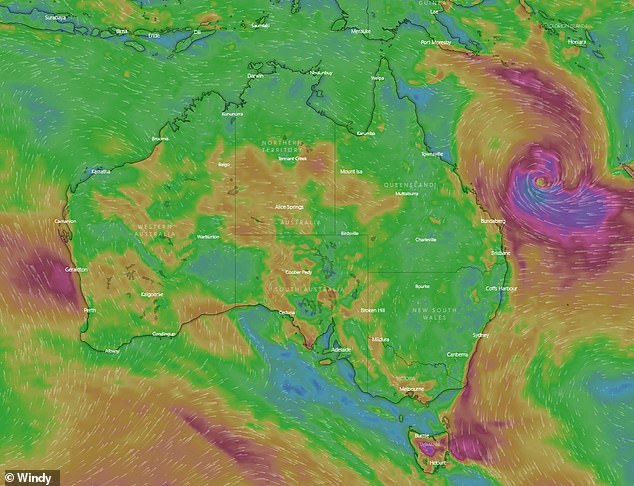 But the Bureau warned it could return mid next week as a weaker system.

‘It’s building quite significantly and will really build into the weekend,’ Bureau of Meteorology forecaster Helen Reid told The Courier Mail on Friday.

‘People might need to think twice about hitting the beach over the weekend because as well as the large swell, it will also be quite windy.’

Ms Reid added rain was forecast for New Year’s Day but the downpour would begin to ease from Sunday.

‘It should be sunnier from Monday’, she said, ‘but with still a shower or two predicted for the rest of the week.’