Badly behaved children are more likely to grow up to be left-wing, a study has shown.

A study of 16,000 British people in their 30s found those with troubled childhoods were more likely to favour radical socialist policies.

The study was a follow-up to research conducted when they were children at the ages of five and seven.

Those whose parents reported they had ‘conduct problems’ at in primary school were more likely to favour radical socialist polices and to smash the status quo.

Badly behaved children are more likely to grow up to be left-wing, a study has shown

The findings is one of the largest studies of its kind – and overturns a view that political views are formed in the teenage years.

The study, of children in England, Scotland and Wales was published in Psychological Science.

Gary Lewis of Royal Holloway, University of London said: ‘Findings from both studies indicate that children who showed higher levels of conduct problems — that is, aggression, fighting, stealing from peers — were more likely to be economically left leaning and distrustful of the political system as adults.’ Dr Lewis analysed data from the British Cohort Study, begun in 1970, and the National Child Development Study, begun in 1958.

Both UK-based studies assessed children at birth, and were then followed up in their childhood and later in their thirties.

The parents of the children in the study completed an assessment of their chilld’s behaviour at the ages of either five or seven.

They were asked to say whether their children had problems relating to anxiety, conduct or hyperactivity.

When adults – at the ages of 30 or 33 – the participants filled in questionaires that assessed a variety of traits. 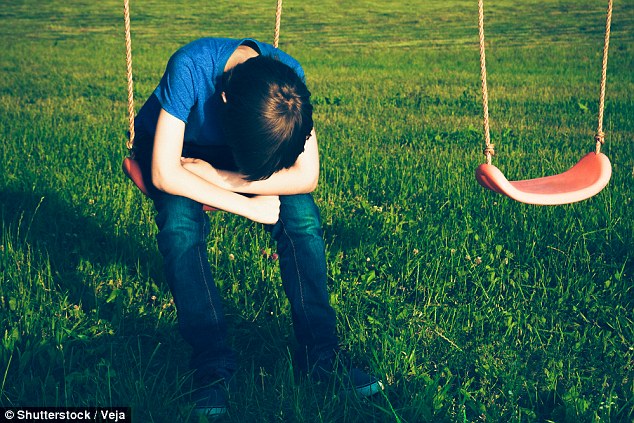 The participants were asked how much they agreed with statements such as: ‘Government should redistribute income”, ‘People like me have no say in what Government does”, “Would not want a person from another race to be boss”, “law breakers should be given stiffer sentences” and “Men and women should have [the] chance to do [the] same kind of work.’ The researchers combined the scores into two broad factors: economic and political discontent and social conservatism.

Dr Lewis found that childhood conduct problems led to economic and political discontent in adulthood – and this was true across social classes and regardless of the individual’s intelligence.

He added that conduct problems in childhood may reflect difficulty with self-control and long-term planning or early rejection of authority – either of which could lead to economic or political discontent.

Dr Lewis said: ‘We all wonder from time to time why it is that those on the other side of the fence came to be that way,’ Lewis notes. ‘These findings take us a little further down the road to answering that question.’