Once described as a danger to himself by his own family, the triple Olympic gold medallist, 40, says his new partner Sharlene and US swimming champion Michael Phelps have helped him stay out of the headlines in recent years after a series of bizarre public meltdowns.

It all came to a head in February 2017 when he was arrested at his parents’ Gold Coast home after his father called police concerned about his safety.

Three years on, Hackett has since climbed the corporate ladder to become a company chief executive and settled down with fiancee Sharlene Fletcher, who he plans to marry later this year.

‘This might sound a bit selfish but Sharlene keeps me calm. She’s a great supporter,’ Hackett  told the Daily Telegraph.

‘She’s doesn’t take me for granted. She just gets me and that’s makes life easy. I don’t have to try and be someone I’m not.

He became a father for the third time when baby son Edward arrived in January, three months after the couple announced their engagement.

‘I can’t explain how I feel. It’s the most amazing experience and I’m just grateful everyone is healthy and recovering well,’ he said at the time.

Hackett says he’s more prepared and relaxed parent from when 10-year-old twins, Jagger and Charlize, from his first marriage to Candice Alley, were born.

Hackett also paid tribute to the most decorated Olympian of all time – Michael Phelps – for saving his life in 2017 when he fled to the US for treatment following his dramatic arrest at his parents home. 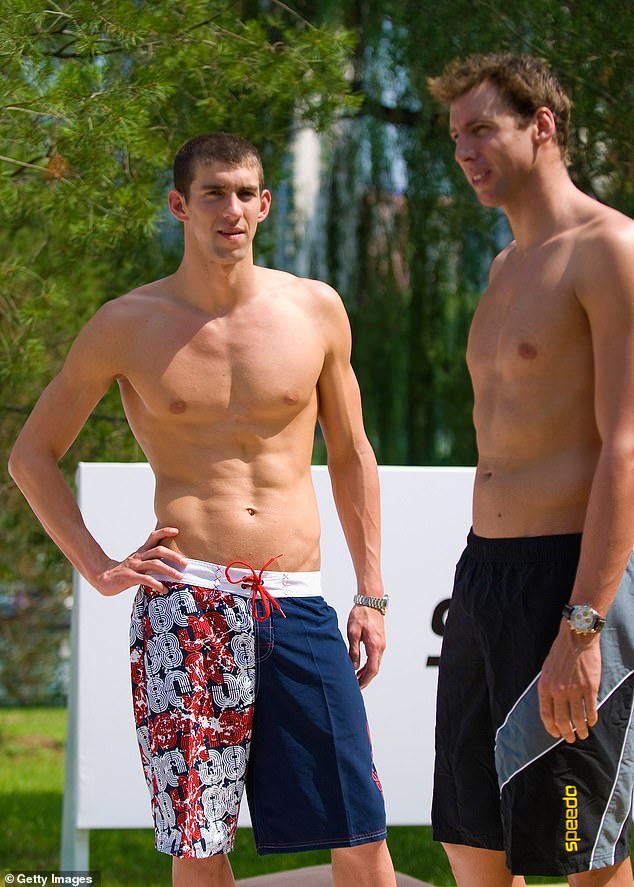 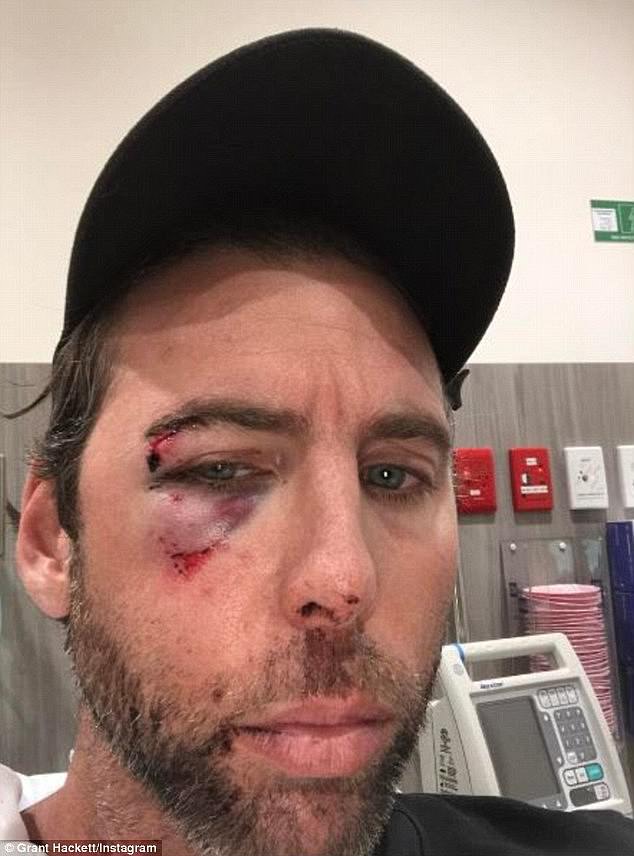 In February 2017, embattled swimming star Grant Hackett (pictured) accused his brother of beating him up in a social media post which read: ‘My brother comments to the media… but does anyone know he beat the s**t out of me. Everyone knows he is an angry man’.

His brother, Craig, told reporters at the time of his arrest that the Grant Hackett Australia had fallen in love with ‘was not there anymore’.

This is a completely different person. He’s there in body, but he’s not there in mind, soul or spirit,’ Craig said.

Hackett attended a 30-day detox program in Malibu before flying to Arizona to continue his recovery at the home of good friend Phelps.

The pair remain good mates as Phelps was one of the first to wish Hackett a happy 40th birthday earlier this month.

‘All the work he’s done to be able to find happiness and bring peace just brings a smile to my face. I’ve known him for pretty much my whole life and love him like a brother,’ Phelps told the Daily Telegraph.

After a two month stay with Phelps, Hackett returned to Australia in June 2017 and has stayed out of trouble since. 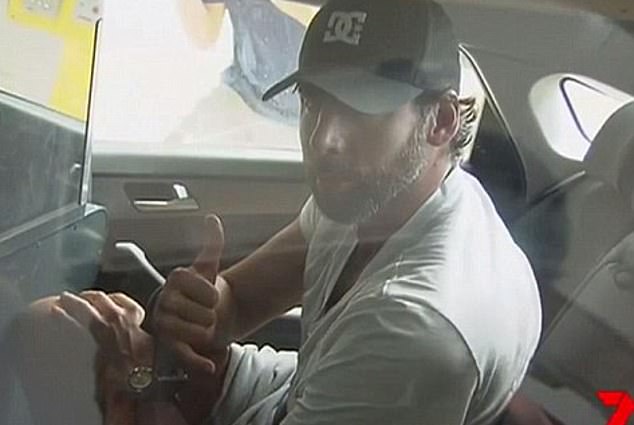 It all came to a head when the former Olympic swimming champion was arrested at his parents house in February 2017. He’s pictured in the back of the police car following his arrest

Hackett’s road to redemption was completed late late last year when he was appointed chief executive of Generation Life- two years after he first joined the company.

‘He’s not edgy like he was before. He more at peace with the world and with these big hairy audacious business goals, are the equivalent now to gold medals, and we just have to lay them down for him stretch and reach,’ Coombe said.

He retired from swimming in 2008 after winning the 1,500m freestyle at both the 2000 and 2004 Olympics, and claiming four world titles in the event. 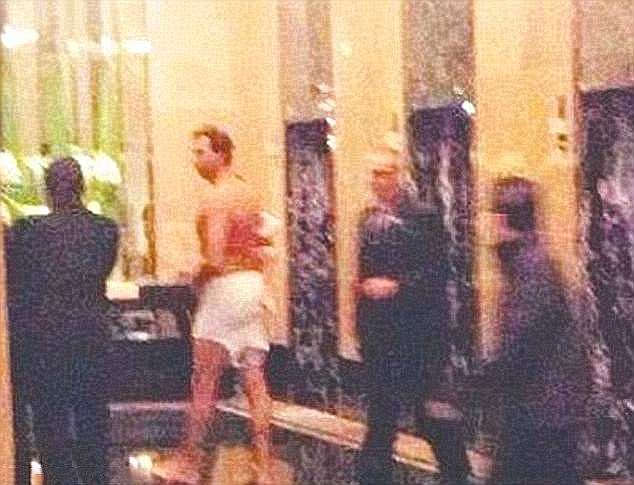 Hackett’s personal life first began to unravel in 2011 when he smashed up the multi-million dollar penthouse he shared with his then-wife, Candice and their two children in an alcohol-fuelled rage following the Melbourne Spring Carnival.

Hackett was kicked out of their home in 2012 following a drunken night out after the Logies.

His high-profile marriage to pop star Alley ended in flames with both sides battling over pre-nuptial agreements and custody of their twins, Charlize and Jagger.

In February 2014 he was photographed wandering around Crown Casino in Melbourne in his underpants.

It later emerged he had taken the sleeping pill Stilnox on the night the infamous pictures were taken.

His prescription drug dependency plunged his life into chaos, forcing him to check into a rehabilitation centre for a five-week program in Arizona in 2014. 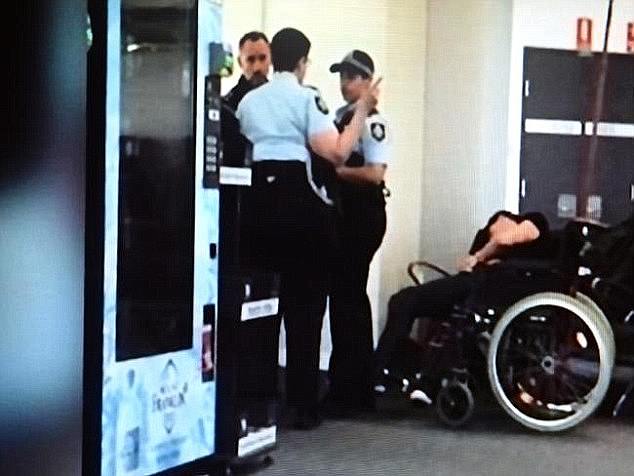 In April 2016 following a failed comeback to make the 2016 Olympics, Hackett was escorted from a Virgin Australia flight, accused of tweaking a man’s nipple ‘quite forcefully’ after the man reclined his chair during the flight.

Hackett allegedly ‘smelt like alcohol’ and was questioned Federal Police about the incident.

Photos taken by fellow passengers showed Hackett slumped over a wheelchair after he was escorted out of the plane at Melbourne Airport.

The business class passenger, who was sitting in front of Hackett, said he felt ‘violated’ when the swimmer ‘groped his chest’ during the row. 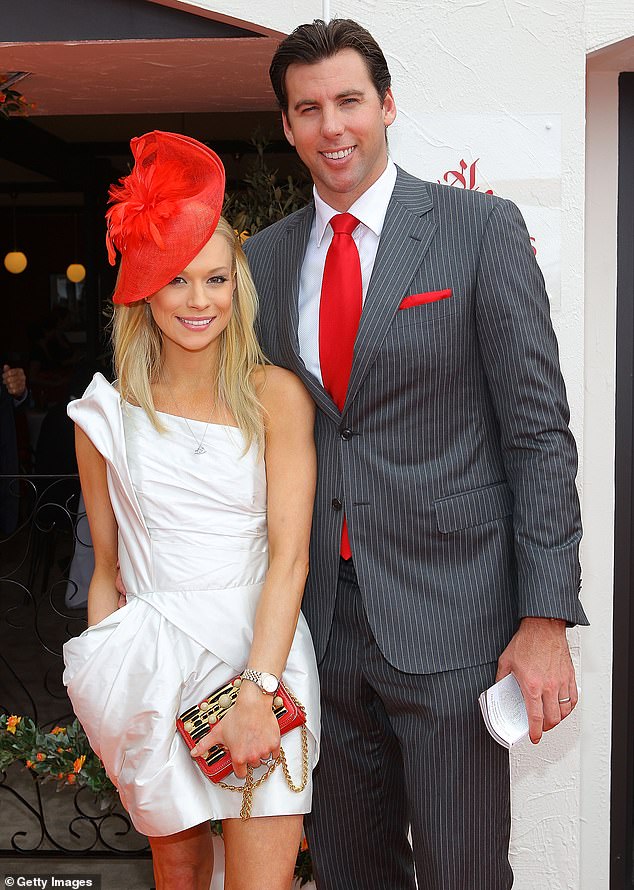 2011 – He raises concerns by trashing the home he shares with then-wide Candice.

2012 – Hackett was asked to move out of his marital home after a drunken night at the Logies.

2014 – The 36-year-old is seen wandering around Melbourne’s Crown Casino in his underwear. He enters a rehab centre in Arizona, U.S., for five weeks.

2016 – Failed to qualify for the Rio Games after coming out of retirement. Just a few days later he was escorted off a Virgin Australia flight for allegedly tweaking a fellow passenger’s nipple.

2017 – Hackett arrested again at his parent’s home on the Gold Coast after allegedly stabbing a chopping board repeatedly.