They cut prices to jumble-sale levels in a desperate attempt to drum up business.

Boohoo is offering dresses, tops and skirts at just £2 and earrings at only £1. At Asos some dresses are £4, tops £4.50 and briefs half-price at £5. Its shares plunged by 37 per cent yesterday after it warned of poor takings.

Department stores, fashion chains and even discount retailers like Primark have warned of tough trading conditions as stores slash prices to entice shoppers on to the high street

‘The level of discounting is staggering and it is contagious,’ said Andy Mulcahy, of retail trade body IMRG. ‘When some companies get stuck in discounting it forces their competitors to do it and there is a knock-on effect.

‘That knock-on effect is going through everybody.’

On Saturday the Daily Mail reported that high street storeswere knocking as much as 80 per cent off their wares.

Asos boss Nick Beighton said he had never seen such low prices, adding: ‘There’s more than Brexit going on here, there is a weakening in consumer confidence and some of that has got good economic reasons behind it.’

Boohoo was down almost 14 per cent and Debenhams, Next and Marks & Spencer suffered single-digit reverses. 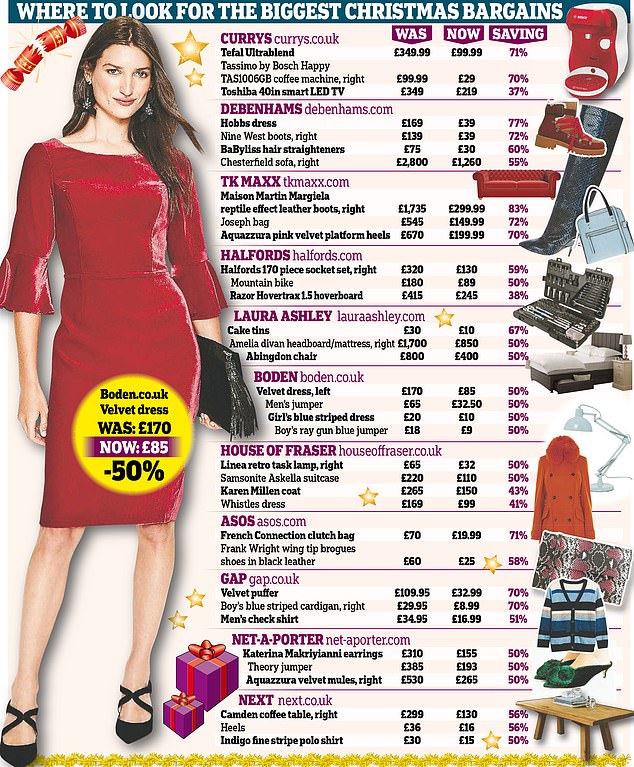 George Salmon of financial advisers Hargreaves Lansdown said: ‘The uncertainty around Brexit will be playing a major role, and it’s probably no coincidence Asos’s key demographic of 20-somethings generally harbour more concerns over the future of the economy post-Brexit than their parents.’

Julie Palmer, of the consultancy Begbies Traynor, said more than 8,000 online retailers were in ‘significant financial distress’ this autumn – 8 per cent more than during the same period last year. 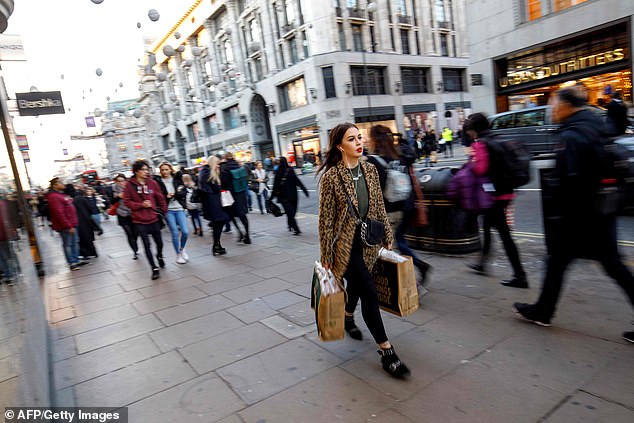 She added: ‘A retailer issuing a profit warning this close to Christmas is never a good thing, but seeing one as big as Asos issuing one is quite a clubbing for an industry that has already taken a battering.’

Neil Wilson, who is chief market analyst at Markets.com, said the warning from Asos showed the strife extended ‘well beyond the high street’.

Laura Ashley has announced it is to close 40 stores – one in four – in a ‘challenging environment’. Clothing chains Primark and Superdry have also warned of weak sales.

Clayton Hirst of John Lewis said the retail sector was facing a ‘perfect storm’ of factors including falling consumer confidence and oversupply of shops, both online and physical.

MPs on the Commons housing, communities and local government committee yesterday heard evidence on the future of the high street. The panel’s chairman, Labour MP Clive Betts, suggested to Amazon policy chief Lesley Smith that her firm was ‘single-handedly killing the high street’.

She pointed out that 82 per cent of retail sales are through bricks and mortar stores. And she argued that Amazon helped small firms – many of them with physical outlets – sell through its site.

She added: ‘People want to shop for the same things they always have done, which is price, choice and convenience. Some of that they are finding online, and that is a great opportunity, but they are also finding a lot of innovation on the high street.’

Mr Mulcahy told MPs that technological change was key. ‘The problem we have here is a 20th century infrastructure in a 21st century world,’ he said. ‘It just has not adapted fast enough to the fact the internet is the main way people engage with stuff.’

Debenhams told the committee that it was looking to close 50 of its 166 British stores over the next three to five years as customers move online.

Director of investor relations Katharine Wynne said the company was pushing ‘click and collect’ services – with changing rooms next to collection points so shoppers can try on things they have bought online and return them immediately if they do not fit.

The department store chain recently turned down the offer of a £40million loan from Mike Ashley, the Sports Direct tycoon who owns one of its main competitors, House of Fraser. He is the biggest shareholder in Debenhams and has suggested the two rivals could work together.

Last November Asos’s stock market value topped £5billion, putting it ahead of M&S. Yesterday it was languishing at just £2.1billion.

The company said its problems were not restricted to the UK and conditions in Germany and France were becoming more challenging.

Mr Hirst said John Lewis was working to make visiting one of its shops an event. He said the firm had trained 300 staff in ‘theatre skills’ because ‘we recognise it is the human element that keeps people going into stores’.

He added: ‘There is a bit of a perfect storm taking place in the retail sector with over supply of space both physical and online. You have seen a dampening of consumer confidence over the last 12 months and a number of other factors that are contributing to some significant problems both on the high street and also online.

‘So, I think we are going through a difficult period.’