ANAHEIM, Calif. (AP) – Mike Trout and Shohei Ohtani homered, Eric Young Jr. drove in the go-ahead run during a five-run eighth inning and the Los Angeles Angels blew a three-run lead before rallying to snap their six-game skid with a 10-7 victory over the Colorado Rockies on Monday night.

After DJ LeMahieu’s first career grand slam put the Rockies up 7-5 in the eighth, the struggling Angels improbably mounted a five-run rally in the bottom of the inning.

Los Angeles loaded the bases against Adam Ottavino (6-3) and got a run on Andrelton Simmons’ sacrifice fly before Young capped an eight-pitch at-bat with a two-out, bases-loaded single to center on a full-count pitch from Seunghwan Oh. The Angels, who sent 11 men to the plate in the eighth, added two insurance runs on Rockies shortstop Trevor Story’s throwing error.

Ohtani hit a three-run homer and Trout added his first homer since his return from injury for the Angels, who have won 11 of their last 12 meetings with Colorado.

After both bullpens flopped mightily in the eighth inning, Noe Ramirez calmly pitched the ninth without incident for his first career save.

Tony Wolters hit an early homer for the Rockies (71-60), but their bullpen wasted the chance to pull even with Arizona atop the NL West for the second time in three days. Colorado opened a six-game California road trip by losing for the third time in four games.

LeMahieu doubled and scored in the seventh, and he drove a hanging curveball from Jim Johnson (5-3) into the short porch down the left-field line in the eighth after the Angels’ bullpen walked the bases loaded. The homer was LeMahieu’s 12th of the season, setting a new career high for the veteran second baseman.

Trout also had an RBI single during a four-run fourth inning by the Angels. Ohtani capped the rally with a huge shot to left-center, the 15th homer of the season by the two-way rookie star.

Trout added a sixth-inning solo homer, his 31st of the season, in the two-time AL MVP’s fourth game back from a 19-game absence due to an injured right wrist and his brother-in-law’s death.

Jon Gray pitched seven-hit ball into the seventh inning, and the Rockies’ late rally prevented him from losing for the first time since June 12. Colorado failed to win for the first time in Gray’s last 10 starts, leaving him even with Ubaldo Jimenez’s run in 2010 for the longest such streak in franchise history.

Ohtani’s subsequent long homer put the Angels in the lead for the first time since Aug. 19. Ohtani added a single in the eighth for his fifth multihit game in August.

Odrisamer Despaigne yielded six hits and four walks but still pitched into the fifth inning of the Cuban’s third start since the Angels acquired him from Miami and immediately plugged him into their injury-ravaged rotation.

Rockies: Tyler Anderson’s next start will be pushed back while he works on mechanical issues, manager Bud Black said. Anderson is 0-4 with an 11.39 ERA in August, and he got just two outs against St. Louis on Sunday. Gray is likely to take Anderson’s next scheduled start at San Diego on Saturday.

Angels: Ohtani threw 50 pitches over three innings in a simulated game during the afternoon at Angel Stadium. The two-way sensation hasn’t pitched in a real game since June 6, but he would like to return to the mound during Los Angeles’ final 30 games. Manager Mike Scioscia said Ohtani will throw in the bullpen later this week before the Angels determine his next step.

Angels: Scioscia hasn’t announced a starter, but it is likely to be Jaime Barria (8-8, 3.67 ERA), who has shuttled back and forth from Triple-A during his solid rookie season to allow the Halos to fill their injury holes between his starts. 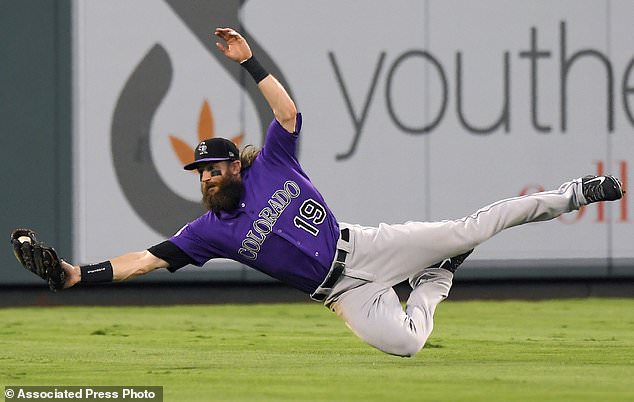 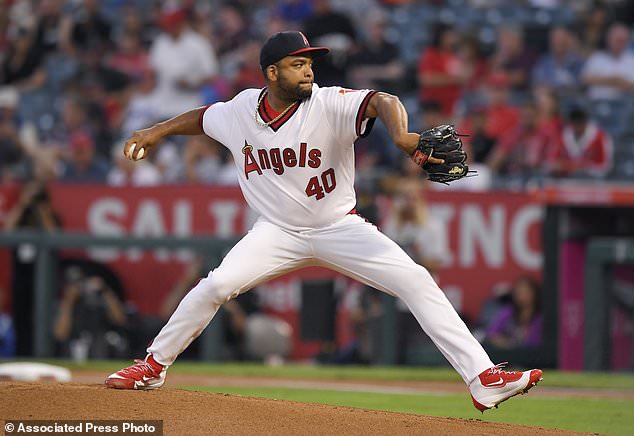 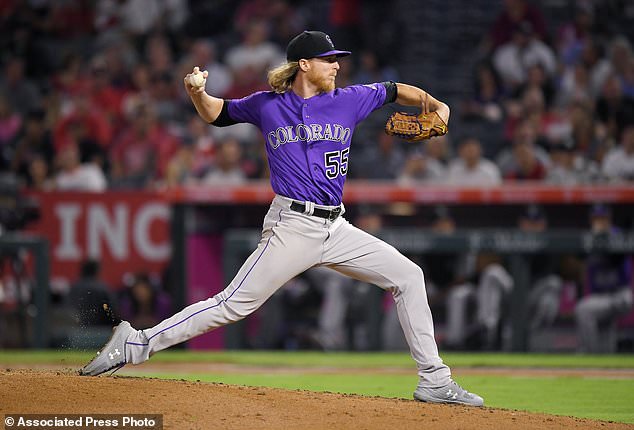 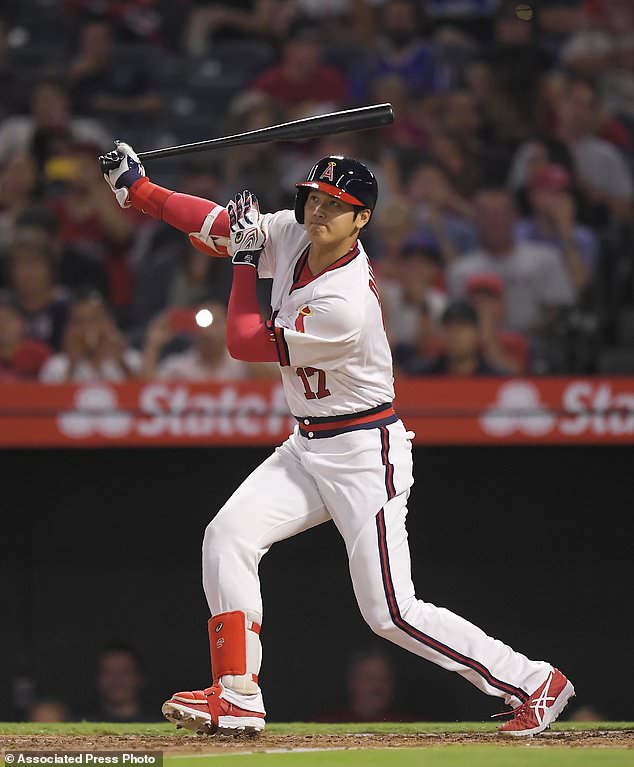 Los Angeles Angels’ Shohei Ohtani, of Japan, lines out during the second inning of a baseball game against the Colorado Rockies, Monday, Aug. 27, 2018, in Anaheim, Calif. (AP Photo/Mark J. Terrill) 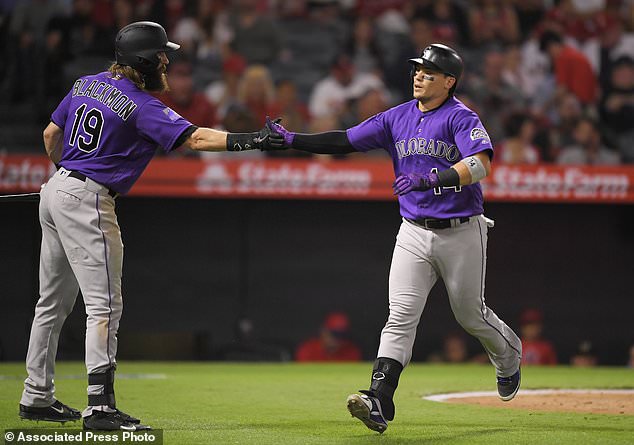 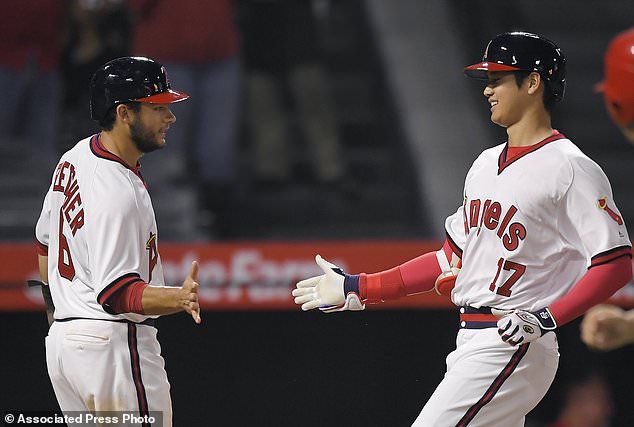 Los Angeles Angels’ Shohei Ohtani, right, of Japan, is congratulated by David Fletcher after hitting a three-run home run during the fourth inning of a baseball game against the Colorado Rockies, Monday, Aug. 27, 2018, in Anaheim, Calif. (AP Photo/Mark J. Terrill)