Truck driver, 30, ‘fatally shot motorist for merely looking at him while stopped at a red light’

Police in Phoenix say a man shot and killed another driver because he looked at him while both of them stopped at a red light.

Nicolas Elliott, 30, was arrested on Thursday for the fatal shooting of Alex Mixon, 26, earlier this year, according to authorities in Phoenix.

The Phoenix Police Department said that Elliott shot and killed Mixon on March 1 at around 3:15am ‘for merely looking at him while stopped at a red traffic light.’

Police say Mixon was driving westbound on Thunderbird Road near 30th Street in a Dodge pickup truck at the time of the shooting. 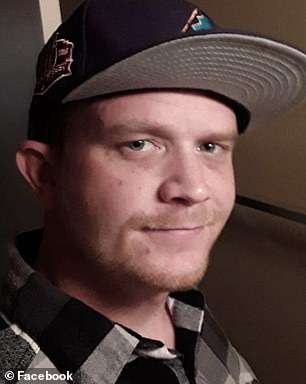 After Mixon was shot, the truck crossed into eastbound lanes and veered off the roadway.

The vehicle then hit an electricity pole and went through a wall before it came to a complete stop, according to the Arizona Republic.

Mixon was rushed to a local hospital, where he was pronounced dead, authorities said.

Initially, police believed that Mixon’s death was a single-vehicle accident.

But an autopsy performed the next day confirmed that he had been shot in the chest. Police then began to investigate his death as a homicide.

According to court documents, Elliott fled the scene moments after the shooting. 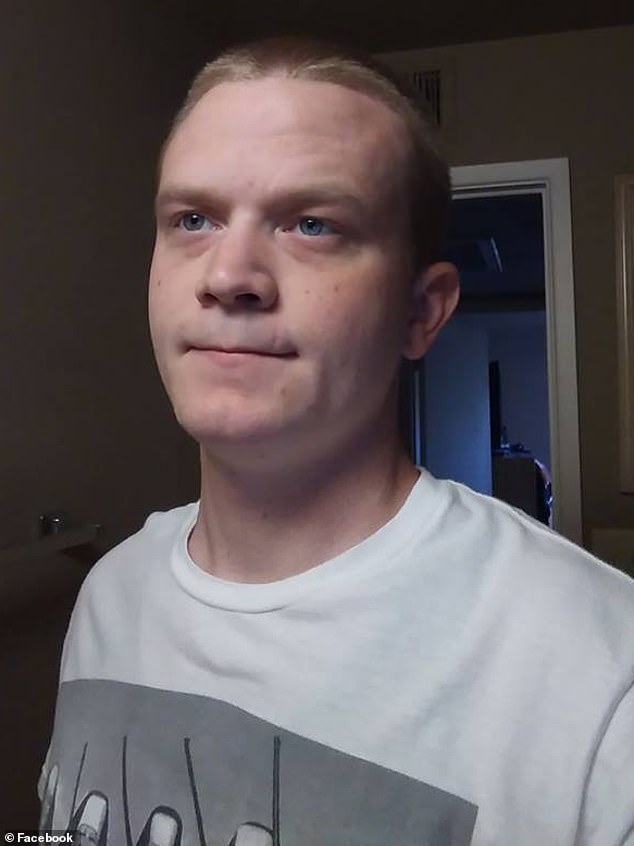 Investigators used surveillance footage from the vicinity of 32nd Street, which showed Mixon’s pickup truck stopped alongside a larger truck that was driving in the same direction.

The video did not capture the shooting or what took place afterward, according to court documents.

Investigators made a breakthrough in the investigation this past July when an anonymous tipster reported overhearing Elliott talking about shooting someone in the face because he gave him a dirty look.

The tipster told police that the shooting which Elliott referred to took place at an intersection.

Police also interviewed three people who were in the area at the time of the shooting.

They told investigators that Mixon ‘merely looked over at (Elliott) which in turn enraged (him) to fire his handgun at (Mixon).’

Police also took statements from witnesses who say Elliott bragged about the shooting. 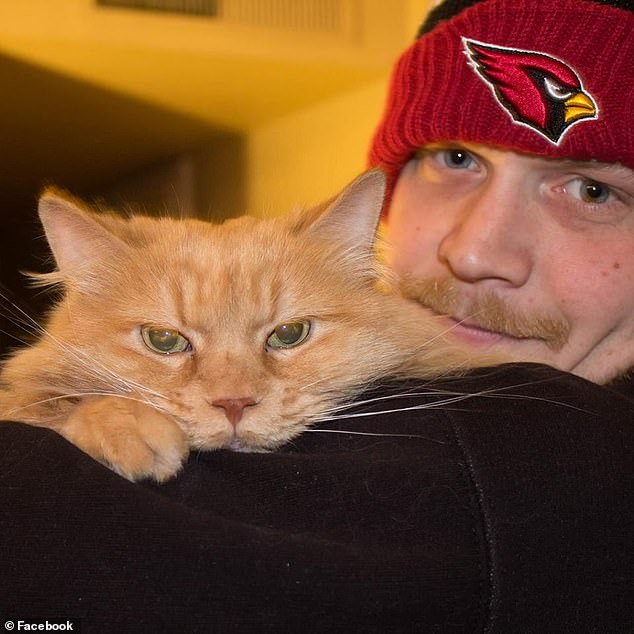 ‘Alex had the biggest heart and cared deeply for those around him,’ his family said in a statement

Elliott is reported to have told police on Thursday that he got into an argument with a man while at a red light but he couldn’t remember if he fired his gun.

Court documents quote Elliott as telling police that ‘if he could go back in time, he would take the incident back.’

Elliott is also alleged to have confessed to possession of drugs and guns which were found by police.

He has been charged with first-degree murder, aggravated assault, misconduct involving weapons, and drug possession.

Elliott is being held on $1million bond at a Maricopa County jail.

A court appearance is scheduled for Thursday.

After news of Elliott’s arrest broke, Mixon’s family released a statement to ABC 15 TV which read: ‘Alex had the biggest heart and cared deeply for those around him.

‘He lived for his art, loved animals and was a devoted fan of the Diamondbacks.

‘He always loved to laugh and be surrounded with people. Above all else he never missed an opportunity to help someone else.

‘His death has affected our family deeply and he has truly been missed.

‘We now know why he was taken from us so unexpectedly, but it will take time to reconcile our hearts to it.

‘Our family is thankful for all the hard work and dedication from the City of Phoenix Police.

‘Without their efforts we would not have found out what happened to Alex and the person responsible for his death.’