Truck driver accused of mowing down a pedestrian, 21, allegedly put on gloves before dragging the body to the kerb and driving away

By Zoe Zaczek and Alana Mazzoni For Daily Mail Australia

A garbage truck driver accused of running down a 21-year-old pedestrian who was texting a friend allegedly put on gloves to move the man’s body before driving off.

Tuiniua Fine, 51, was charged with a range of offences, including manslaughter, negligent driving occasioning death and interfering with a corpse.

CCTV footage showed George Yuhan Lin, 21, looking down at his phone while walking along Central Street in Sydney’s CBD at about 1.30am on Wednesday.

Moments later, Mr Lin was hit from behind by the reversing garbage truck allegedly driven by Fine.

Tuiniua Fine, 51, was charged with a range of offences, including manslaughter, negligent driving occasioning death and interfering with a corpse on Wednesday

Fine is also accused of moving the 21-year-old’s body before continuing on his garbage run.

‘Police will allege in court that the driver reversed the truck at speed, striking the pedestrian and knocking him down,’ a police statement said.

‘The driver got out, allegedly moved the man off the roadway without rendering assistance or contacting emergency services, then drove from the scene.’

Shocked witnesses tried to revive Mr Lin, but he was pronounced dead when paramedics arrived.

‘The guy’s been tangled under the car and [the driver] has driven another 20 or 30 metres and dragged him along,’ witness Aaron Fleming told Nine News.

The alleged driver was tracked down three-and-a-half hours later in Kings Cross. 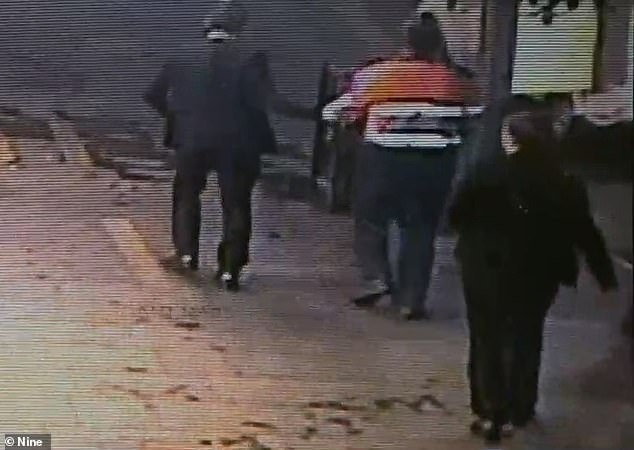 The 51-year-old garbage truck driver was arrested and charged after allegedly reversing and hitting the man, then moving him off the road and fleeing the scene 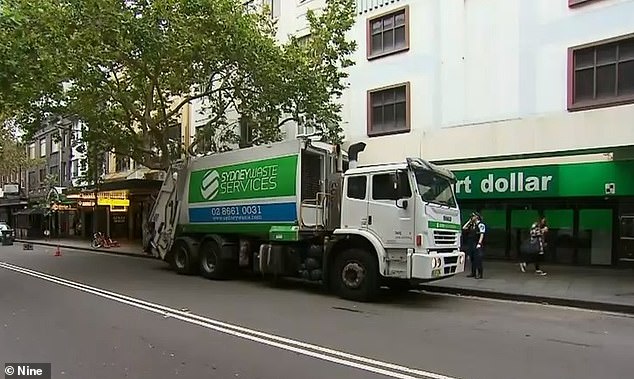 The garbage truck was owned by Sydney Waste Services

A man who witnessed the driver being arrested said he began to cry while being taken away by police.

Police are now trying to piece together why Mr Lin was walking in the laneway at the time, and are looking for his mobile phone.

‘The mobile phone is a significant part of our inquiry,’ Supt Wood said.

• Fail to stop and assist after vehicle impact causing death

‘I have absolutely no doubt it was in Central Lane. I would suggest quite clearly someone has picked it up.’

Supt Wood called on whoever picked up the man’s phone to bring it to police to help their investigation.

Fine did not apply for bail when he appeared at Central Local Court on Thursday.

He will return to court in April.

The truck was owned by Sydney Waste Services.

‘We have been made aware by police of an incident early this morning involving one of our trucks and drivers and we are deeply distressed by what has happened,’ a company spokesman said in a statement.

‘Our thoughts and prayers are with the victim’s family and friends and we are now co-operating with authorities.’ 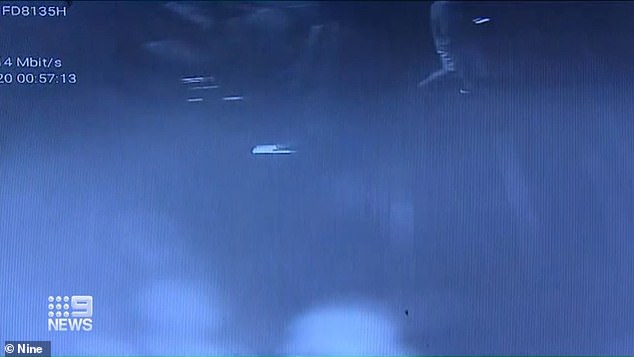 Shocking CCTV footage showed George Yuhan Lin looking down at his phone while walking along Central Street in the CBD at around 1.30 on Wednesday morning