‘You can run but you can’t hide from the chopper’: Truck owner uses family HELICOPTER to pursue his stolen vehicle along a highway – and helps cops track the thief down within hours

A truck owner used his family helicopter to pursue his stolen vehicle along a highway in Canada, providing police with updates and helping them to track down the suspect in under two hours.

Emmanuel Toner notified the police that his 2017 RAM pickup truck had been stolen after he left the engine running while paying for gas at a station in Grand Falls, a town New Brunswick, Canada.

He posted about the theft on Facebook and soon received messages from people reporting sightings.

Toner told CBC: ‘In no time, we had lots of shares and likes and people were looking for my truck’.

Pictured: An aerial image taken by the owner of the truck Emmanuel Toner as he followed the stolen truck in his family helicopter in Canada 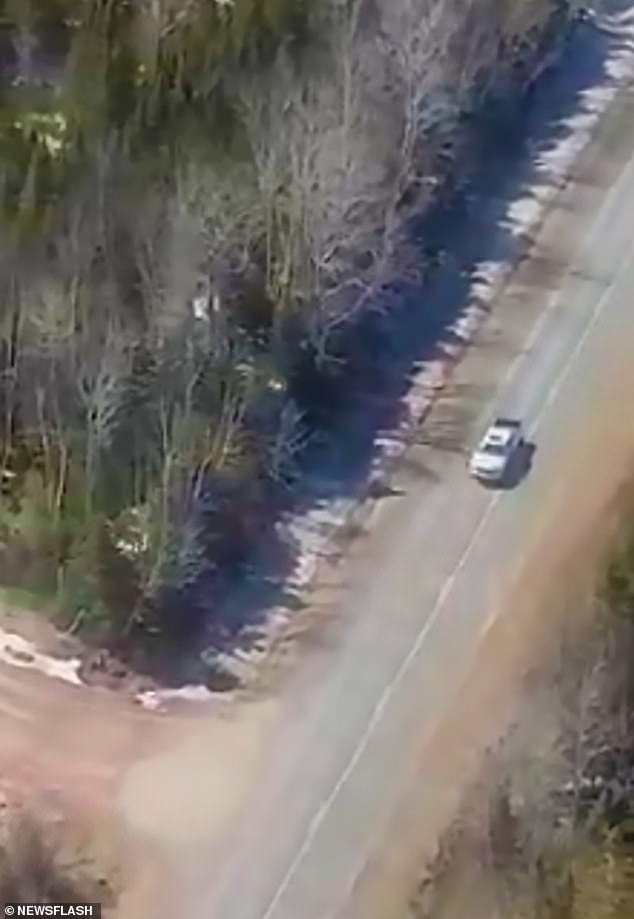 Pictured: The 37-year-old thief prepares to take a sharp right near Grand Falls, a town located in Victoria County in the New Brunswick region of Canada 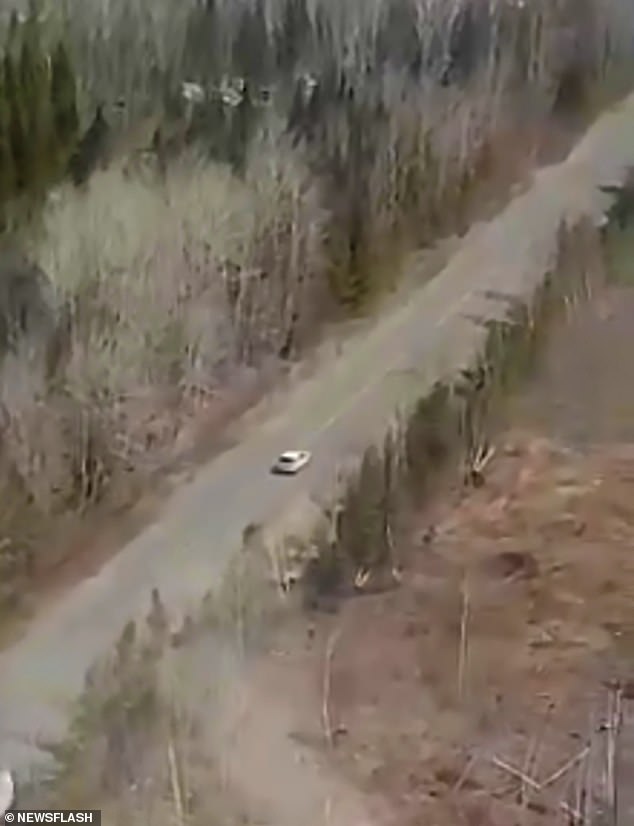 Pictured: The truck being tracked by the Toner family in the helicopter while police chased them on the ground

The trio spotted the stolen vehicle from the air and watched as police officers pursued it. In the video, the helicopter can be seen flying over a road with the white truck being chased by a police car.

Emmanuel Toner said: ‘You can run, but you can’t hide from the chopper.’

A winding road, however, made it difficult for police officers, allowing the fugitive to escape them temporarily but the Toner family kept the stolen vehicle in their sights and kept the police informed of his movements, local media reported. 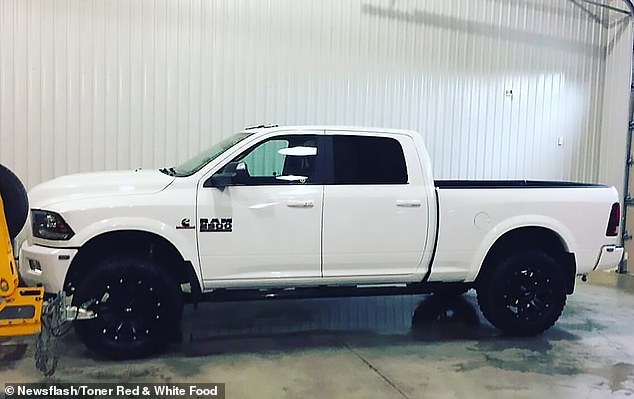 Pictured: Emmanuel Toner’s stolen truck after it was recovered by police officers in Canada 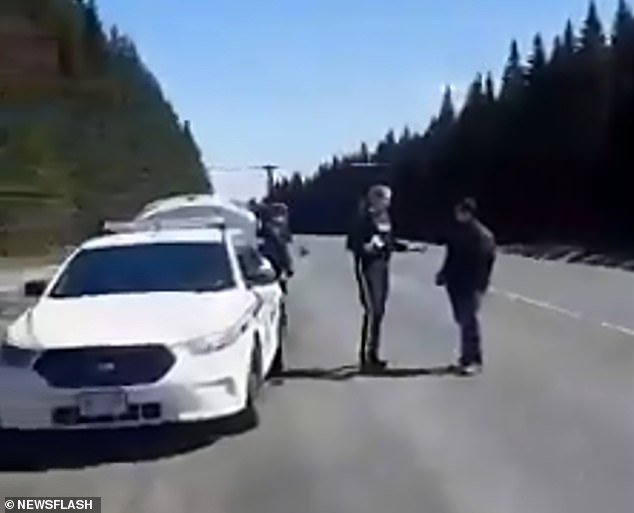 Pictured: Canadian police apprehend the 37-year-old suspect after receiving assistance from the Toner family who had followed the truck after its theft

Emmanuel added: ‘I’m sure he knew he was being followed by a helicopter.’

Local media reported that a spike strip placed across the road by law enforcement finally got the better of the fugitive.

Officers thought the strip had failed at first as the car carried on moving after driving over it but then smoke came from the tires.

The driver turned down a small dirt road into the woods and was followed by the police, report the media.

Toner said: ‘We thought he was going to slow it down, but he actually stepped on it. You could see the smoke going out of the exhaust, so he was giving it everything it’s got. 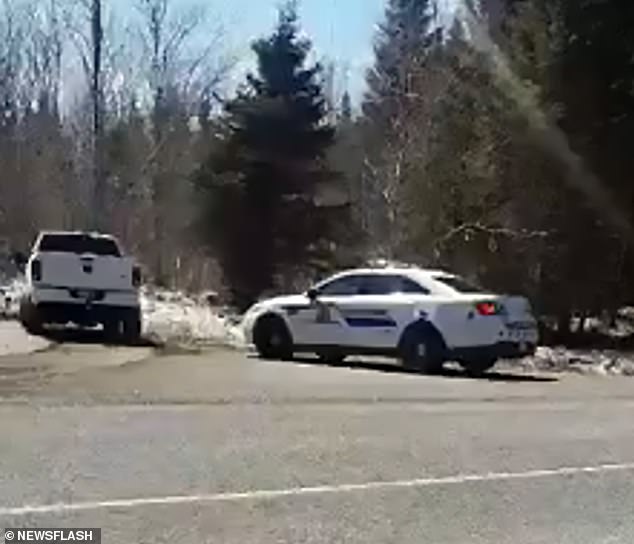 Pictured: Police finally catch up with the thief with a little help from the Toner family, who followed the truck in a chopper after it was stolen in Canada

‘He obviously didn’t choose the right truck to steal because with a helicopter, if you know the whereabouts of the truck it’s pretty easy to locate.’

Local media reports the alleged thief is a 37-year-old man already known to the police. He was arrested just two hours after the vehicle was stolen.

Toner said he is glad his two young children were not in the vehicle when he stopped for gas.

He said it should serve as a reminder to people not to leave their children unattended for 20 or 30 seconds to pay for petrol.

Toner added: ‘The material is replaceable, it’s only a truck. You can buy another one. It’s insured. But kids or even dogs aren’t replaceable so it’s something to think about.’

Emmanuel Toner was the winner of the 2017 Young Entrepreneur of the Year Award in the Grand Falls region and also has owned a food business since 2012, a family business that he bought outright.