Kit Harington and Johnny Flynn are the big young British names in this 1980 classic set in California. But it is its author, Sam Shepard, who is the real star of the show.

Shepard died last year aged 73, a superb writer and actor best known for playing Chuck Yeager, the test pilot in the 1983 film The Right Stuff. His plays are weird, modern westerns featuring motels, the desert, cactuses and Chevrolets. They’ve got the look and feel of an Eagles album cover. 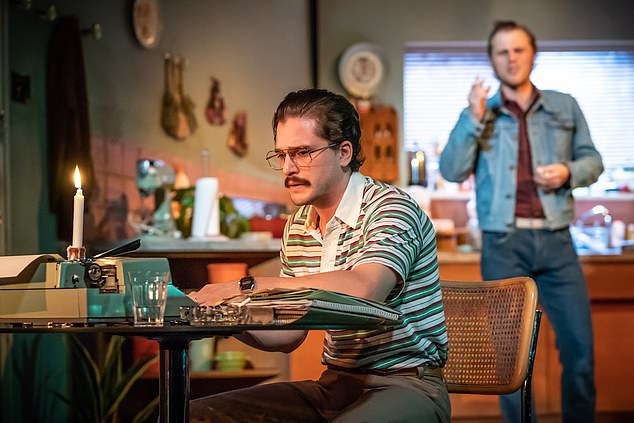 Kit Harington (above) plays Austin, a nerdy aspiring film writer who lives at home with his mother in suburban California

This, arguably his best play, is about two angry brothers reunited. Harington plays nerdy Austin, an aspiring film writer holed up in his mother’s suburban Californian kitchen. Up crops Lee (Johnny Flynn), who’s been years drifting in the Mojave desert. He plans to do some light burglary and torments Austin as he types up his screenplay. Disaster strikes when a Hollywood producer visits, dumping Austin’s screenplay in favour of a dumb cowboy plot that Lee cooks up. 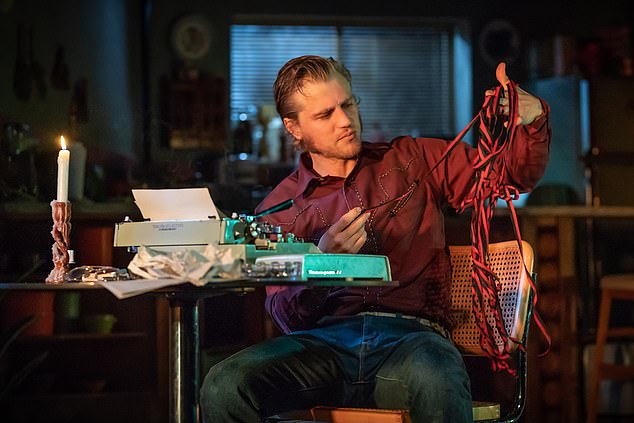 Above: Johnny Flynn as the rugged drifter Lee who returns home to torment his brother as he tries to type his screenplay

Past actors have chewed up these roles, among them Mark Rylance, Tommy Lee Jones and Philip Seymour Hoffman. Here it’s the writing you notice. Especially joyous is a speech about the boys’ alcoholic dad – never seen – who once left his false teeth in a bag of chop suey in a Mexican bar. 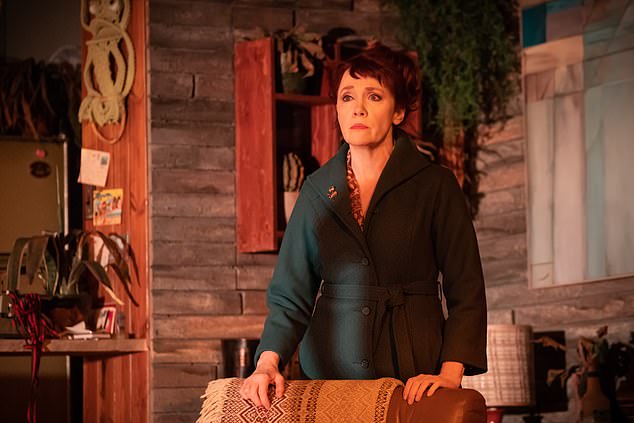 The show never quite hits the top note of anarchy. But the destruction of the set is spectacular. Madeleine Potter, as their mother, surveys the wreckage with scary detachment. Donald Sage Mackay is pleasingly genial as the faithless producer.

I adored Flynn and Joe Zeitlin’s score of drums and coyotes, evoking the mythic landscape finally revealed in the last scene. Matthew Dunster’s production is a powerful, punchy evening that honours a truly original writer.

Mel Brooks’s musical is a great show about a really lousy show. Broke producer Max Bialystock needs a spectacular, guaranteed flop for accounting purposes, staged with money he’s wheedled out of randy old grannies. He comes up with the idea for a really kitsch musical about Adolf and Eva with a goose-stepping chorus line. And of course it turns out to be a huge success.

Julius D’Silva lends a sly, easy charm – and a good voice – to this old showbiz scammer. Stuart Neal is his nerdy accountant and partner in crime, Leo, whose burgeoning friendship with Max forms a sweet basis to this scattergun satire on Broadway. 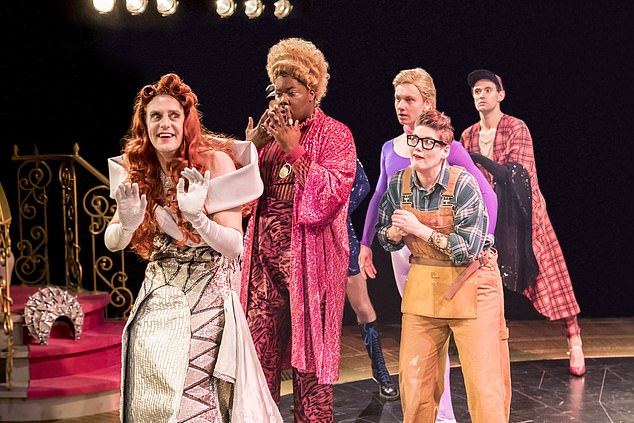 Too many key parts are over the top, yet oddly underpowered. Above: Charles Brunton as Roger De Bris and Hammed Animashaun as Carmen Ghia

The 2001 show was never quite as sublime in London as it was in New York. But to quote Mel Brooks, it ‘rose below vulgarity’ in its great showstopper, Springtime For Hitler, a riot of sequined SS campery, cleverly rechoreographed here by Alistair David for this in-the-round staging.

The ‘diversity aware’ casting of Raz Shaw’s production feels at odds with Brooks’s defiant spirit of political incorrectness. In short, this show looks great, but it’s not funny enough.

This may be a trim version of the classic musical, with its daffy plot mixing up gamblers, show girls and Christian missionaries in Thirties New York, but it delivers the goods. 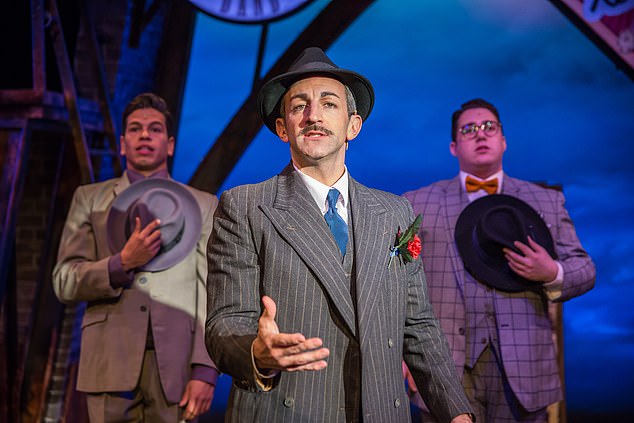 The male chorus of gangsters is larger than life and funny. Above: Stephane Annelli as Nathan Detroit

Joseph Pitcher directs with zing, and his choreography is tight and nifty on a smallish stage. Charles Ingles’s arrangements keep Frank Loesser’s music – including Sit Down, You’re Rockin’ The Boat – sounding peppy and vibrant.

The male chorus of gangsters is larger than life and funny; less effective are the rather shrill ‘dolls’, led by Adelaide. Natalie Hope plays her as simply dim and ditzy. Victoria Serra, as Sarah the mission sergeant, is prim and pious, with a rich voice. Richard Carson, as her gangster love interest, is a bit too decent.

Diana Quick and Ian Gelder, are terrific as this veteran Jewish couple – still bickering, still in love – in Donald Margulies’s psychological play about a pair of Holocaust survivors.

Hell soon arrives in the vast form of their very damaged, grossly fat daughter Debby – the excellent Emily Bruni in a padded suit. She has tracked them down in their attempt to flee (fleeing is their life story) her taunting, her abusiveness and her guzzling. 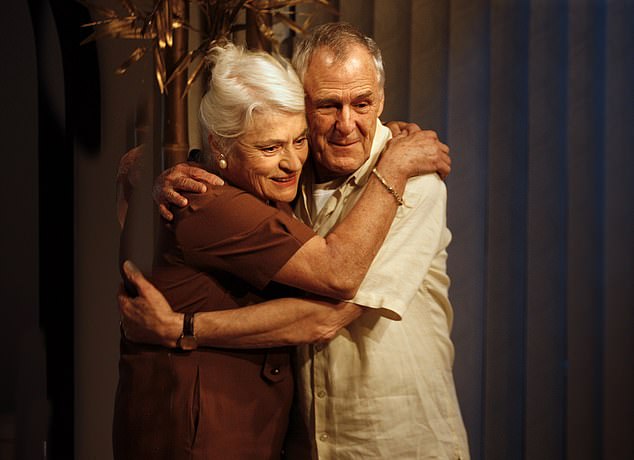 Diana Quick and Ian Gelder (above) are terrific as the veteran Jewish couple – still bickering, still in love

The couple’s Nazi-victim past is clearly a legacy that has left Debby deeply disturbed. The arrival of her homeless boyfriend (Enyi Okoronkwo) makes things worse.

I’d say 80 minutes is about enough, but Laurence Boswell’s production is expertly acted, and it’s amazing how the play compresses the horrors of the past century into a condo with its sunny poolside vista.