Trump accuses Iran of working with his nemesis Kim Jong-un

President Donald Trump was busy on Twitter once again Saturday, this time taking aim at Iran.

The president accused the Islamic Republic of plotting with his nemesis, North Korean ruler Kim Jong-un.

‘Iran just test-fired a Ballistic Missile capable of reaching Israel. They are also working with North Korea. Not much of an agreement we have!’ Trump tweeted.

Iran said on Saturday that it had successfully tested a new medium-range missile in defiance of warnings from Washington that such activities were grounds for abandoning their landmark nuclear deal.

President Donald Trump was busy on Twitter once again Saturday, this time taking aim at Iran The president accused the Islamic Republic of plotting with his nemesis, North Korean ruler Kim Jong-un

State television carried footage of the launch of the Khoramshahr missile, which was first displayed at a high-profile military parade in Tehran on Friday.

It also carried in-flight video from the nose cone of the missile, which has a range of 1,250 miles (2,000 km) and can carry multiple warheads.

‘As long as some speak in the language of threats, the strengthening of the country’s defense capabilities will continue and Iran will not seek permission from any country for producing various kinds of missile,’ Defense Minister Amir Hatami said in a statement.

The test comes at the end of a heated week of diplomacy at the UN General Assembly in New York, where Trump again accused Iran of destabilizing the Middle East, calling it a ‘rogue state whose chief exports are violence, bloodshed and chaos’. Previous Iranian missile launches have triggered US sanctions and accusations that they violate the spirit of the 2015 nuclear deal between Tehran and major powers.

Iran, which fought a brutal war with neighboring Iraq in the 1980s, sees missiles as a legitimate and vital part of its defense – particularly as regional rivals Saudi Arabia and Israel import huge amounts of military hardware from the West. 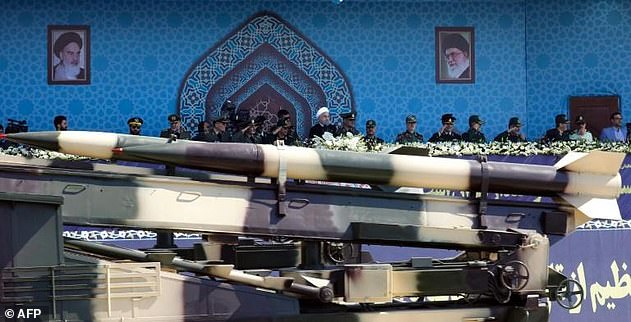 Trump has threatened to bin the nuclear agreement, saying Iran is developing missiles that may be used to deliver a nuclear warhead when the deal’s restrictions are lifted in 2025.

He is due to report to Congress on October 15 on whether Iran is still complying with the deal and whether it remains in US interests to stick by it.

If he decides that it is not, that could open the way for US lawmakers to reimpose sanctions, leading to the potential collapse of the agreement.

Trump said on Wednesday he had made his decision but was not yet ready to reveal it.

The other signatories to the deal – Britain, France, Germany, China, Russia and the EU – have all pushed for it to continue. 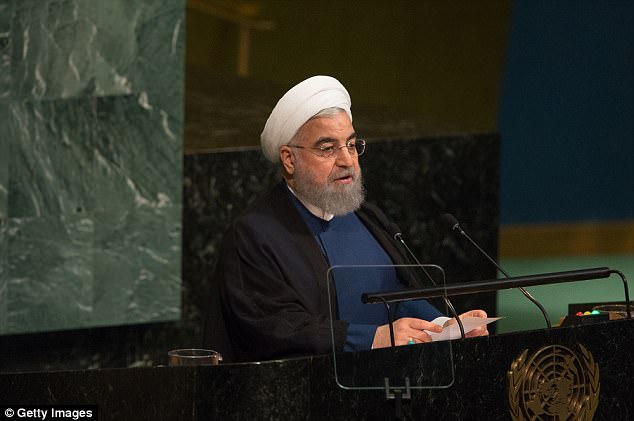 They point out that abandoning the agreement will remove restrictions on Iran immediately, rather than in eight years’ time, and that the International Atomic Energy Agency has repeatedly confirmed Tehran is meeting its commitments.

Iran says all of its missiles are designed to carry conventional warheads only and has limited their range to a maximum of 2,000 kilometers, although commanders say they have the technology to go further.

That makes them only medium-range but still sufficient to reach Israel or US bases in the Gulf.

As well as carrying out missile tests, Iran has also launched a space satellite and fired missiles at Islamic State group targets in eastern Syria in recent months.