A Trump administration policy that took effect on Monday says that visas will not be issued to same sex partners of foreign diplomats unless they are married.

The U.S. State Department announced the policy change in July and on Monday it went into effect officially. If a same sex partnership is not currently in compliance they will have until December 31, 2018 to be legally married for their same-sex partner to be eligible for a G-4, or spousal visa.

Currently only 25 countries recognize same-sex marriage, while in more than 70 other countries it is punishable under the law, according to the Human Rights Watch.

If foreign diplomats in America decide to marry their same-sex partner while in the United States, they could face persecution once they return to their native country.

The United Nations sent a memo to staffers in September regarding the impending change.

If they do not comply by the December 31 deadline, and subsequently submit proof of marriage, they are expected to leave the country within 30 days of the deadline. 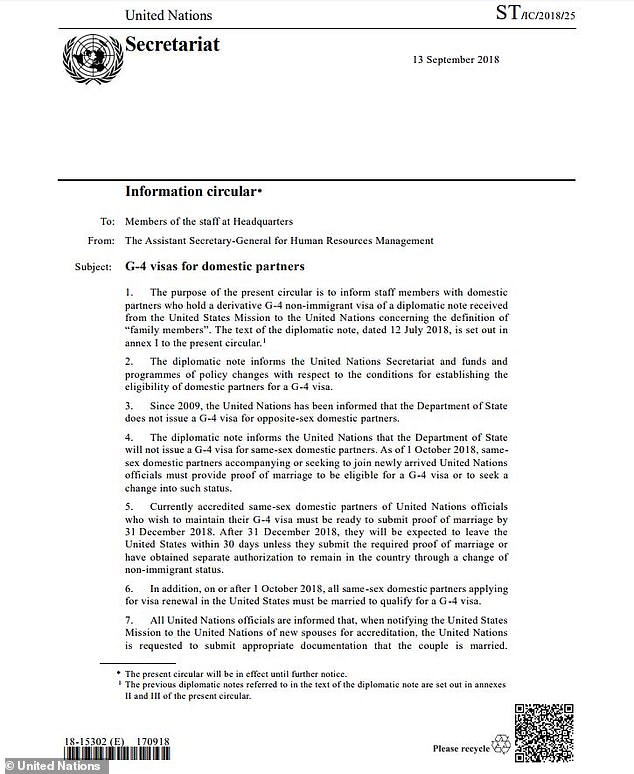 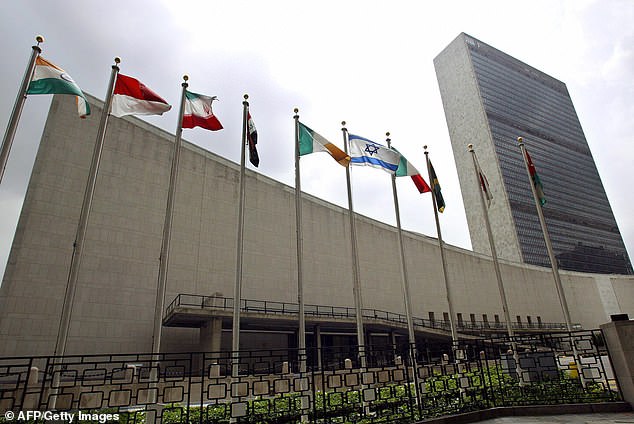 Same sex marriage is legal in just 25 countries, but in at least 70 it remains punishable by law

The same goes for their heterosexual counterparts who also must be married to remain in the country under the same deadline and guidelines.

Those parameters are less problematic as heterosexual marriage is a globally recognized institution and no persecution hovers back home for straight couples.

In a statement to NBC News, the State Department said the change is supposed to ‘to help ensure and promote equal treatment’ between straight and gay couples.

However, it is a departure from a former Secretary of State Hillary Clinton’s policy to allow extend benefits to same-sex domestic partners of diplomats who are not married. 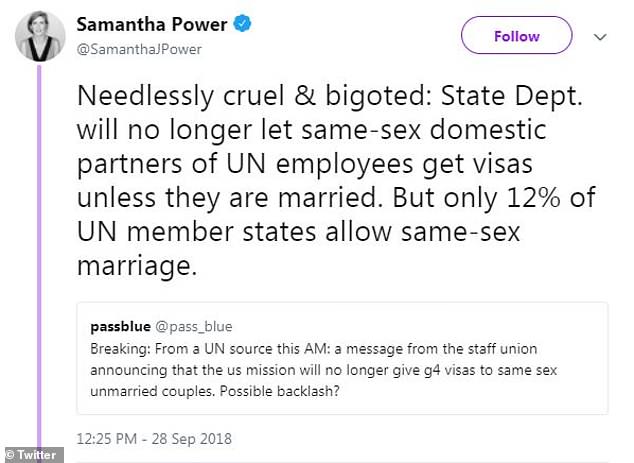 Get married or go home: The policy change forces same sex couples to get married despite most of the world prohibiting same sex marraige

‘Only 12% of UN member states allow same-sex marriage,’ she wrote on Twitter.

‘Requiring a marriage as proof of bona fide partnership is a bad and cruel policy, one that replicates the terrible discrimination many LGBT people face in their own countries,’ she wrote in a statement.