The Trump administration has created a secret anti-marijuana committee to combat the public’s positive attitude towards weed.

On July 27 the White House’s Marijuana Policy Coordination Committee sat down with representatives from the Justice Department, State Department and Health and Human Services to come up with ways to prove that weed is a national threat.

Fourteen federal agencies were told to collect data showing the negative aspect of weed because there were too many stories highlighting the positives of its use, according to Buzzfeed.

The agencies were instructed to find evidence of ‘consequences of use, production, and trafficking on national health, safety and security’ and describe how the drug threatens their department.

They were also told to identify ‘issues created by state marijuana initiatives.’

Trump had previously hinted in 2016 that he’d let states decide on marijuana laws without much federal government interference. 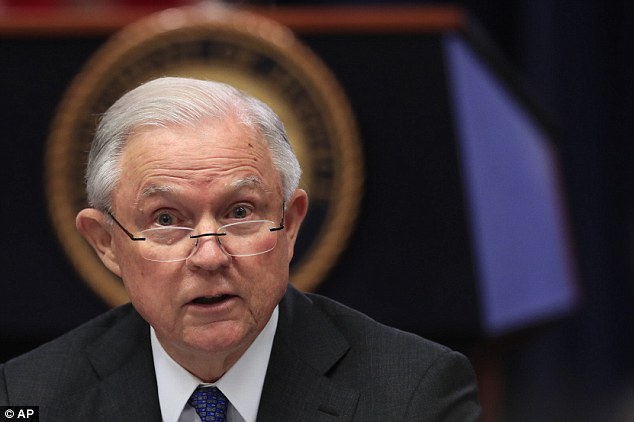 But that seemed to have been forgotten when Attorney General Jeff Sessions announced a crackdown on legal weed in January.

In a statement to BuzzFeed News, the White House didn’t confirm or deny the committee’s existence.

Rather, it said that it does not discuss the process of crafting policies to promote the ‘President’s agenda.’