The Trump administration has told Congress that it’s reached a deal that would allow Chinese telecommunications giant ZTE Corp. to stay in business, a source familiar with the talks who spoke on condition of anonymity to discuss a confidential matter said Friday.

A resolution of the ZTE case could clear the way for the United States to make progress in its high-stakes trade talks with China. But news of the agreement drew immediate fire on Capitol Hill.

Under the agreement, ZTE would oust its management team, hire American compliance officers and pay a fine. The fine would come on top of the roughly $1 billion ZTE has already paid for selling equipment to North Korea and Iran in violation of U.S. sanctions.

In return, the Commerce Department would lift a seven-year ban on ZTE’s purchase of components that the Chinese firm depends on from U.S. companies. The ban, imposed earlier this month, threatened to put ZTE out of business.

Deal: Trump’s administration has told Congress it has reached an agreement which would save ZTE, the Chinese phone giant 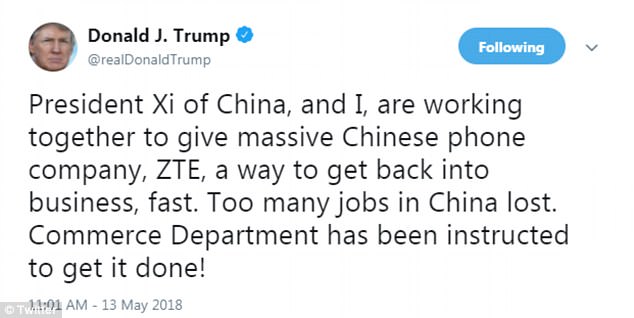 Involvement: Trump used Twitter more than a week ago to make clear that the ZTE issue was high up his agenda for talks with China 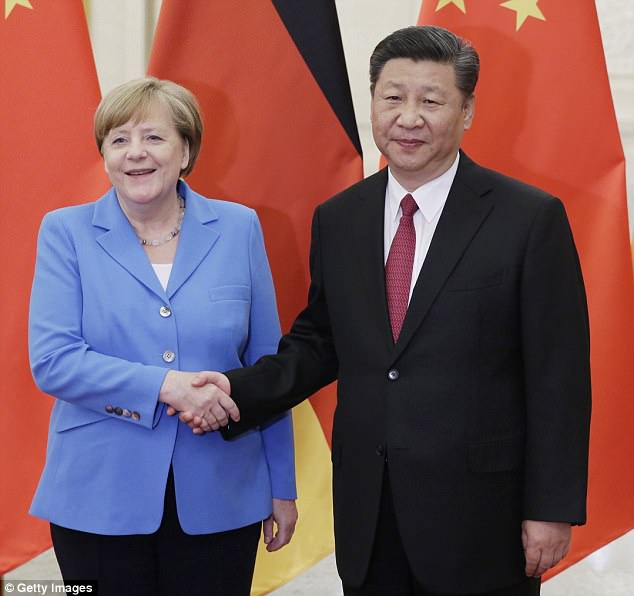 Trade: Chinese president Xi Jinping – who met German chancellor Angela Merkel on Thursday – is in a stand-off over tariffs and trade with the U.S.

The Commerce Department did not immediately respond to a call seeking confirmation of the agreement. On Capitol Hill, one senior congressional source said leaders have not yet received formal notification.

Lawmakers have warned the administration not to go easy on a company that brazenly violated U.S. sanctions against two rogue nations that were pursuing nuclear weapons production.

‘If the administration goes through with this reported deal, President Trump would be helping make China great again,’ said Democratic Sen. Chuck Schumer of New York.

Schumer added: ‘Both parties in Congress should come together to stop this deal in its tracks.’

‘ZTE presents a national security threat to the United States – and nothing in this reported deal addresses that fundamental fact,’ said Sen. Chris Van Hollen, D-Md.

‘If President Trump won’t put our security before Chinese jobs, Congress will act on a bipartisan basis to stop him.’

Republican Sen. Marco Rubio of Florida tweeted: ‘It is a great deal … for #ZTE & China … Many hoped this time would be different.’

The ban amounted to a virtual death sentence for ZTE, which relies on U.S. parts, and it also hurt ZTE’s U.S. suppliers. 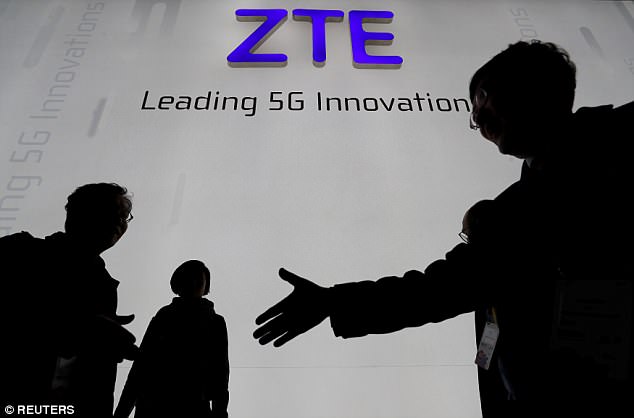 Resolving the ZTE case – a company that employs more than 70,000 Chinese – could make the talks go more smoothly

On the eve of broad trade talks last week with a Chinese trade envoy, Trump waded into the ZTE case: He tweeted that he was working with President Xi Jinping to put ZTE ‘back in business, fast’ and save tens of thousands of Chinese jobs.

He later tweeted that the ZTE talks were ‘part of a larger trade deal’ being negotiated with China.

Word of a reported ZTE agreement comes nearly a week after the U.S. and China suspended plans to impose tariffs on as much as $200 billion of each other’s goods. In doing two, the two nations pulled back from the brink of a trade war over Chinese demands that U.S. companies hand over some of their technology as the price of doing business in China.

Resolving the ZTE case – a company that employs more than 70,000 Chinese – could make the talks go more smoothly.