The Trump administration has discussed whether to conduct America’s first nuclear weapons test in almost three decades, according to a report in The Washington Post.

A senior administration official told the newspaper Friday that deliberations took place on Friday May 15, during a meeting with members from top national security agencies.

At least one member of the Trump administration prefaced the discussions by claiming that ‘both Russia and China are conducting low-yield, underground nuclear tests’ of their own. Both of those countries have denied that they are doing so.

Members at the May 15 meeting proposed that undertaking a ‘rapid test’ of U.S. nuclear weapons could help Washington to ‘negotiate’ with both Moscow and Beijing.

The Trump administration has discussed whether to conduct America’s first nuclear weapons test in almost three decades, according to a bombshell report in The Washington Post. It is unclear how involved President Trump was in discussions about the resumption of nuclear testing, which reportedly took place on May 15 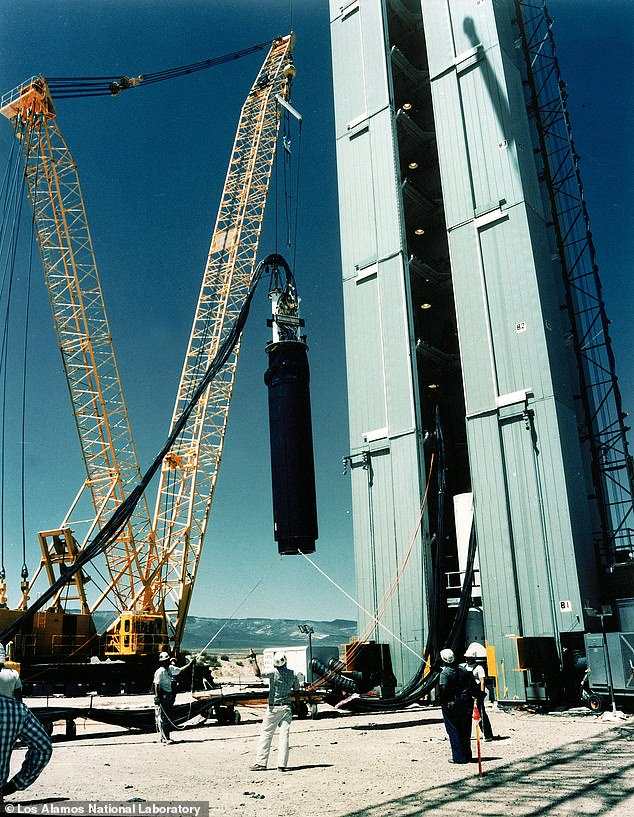 The United States has not conducted a nuclear weapons test since 1992, and any plans to do so could have dramatic geopolitical consequences. Pictured: The last full-scale underground test of a nuclear weapon was conducted by Los Alamos National Laboratory at the Nevada Test Site. The test, code named “Divider,” was the last of 1,030 nuclear tests carried out by the U.S.

The United States has not conducted a nuclear weapons test since 1992, and any plans to do so could have dramatic geopolitical consequences.

Daryl Kimball, the executive director of the Arms Control Association, told The Washington Post: ‘It would be the starting gun to an unprecedented nuclear arms race. You would also disrupt the negotiations with North Korean leader Kim Jong Un, who may no longer feel compelled to honor his moratorium on nuclear testing.’

‘If this administration believes that a nuclear test explosion and nuclear brinkmanship is going to coerce negotiating partners to make unilateral concessions, that’s a dangerous ploy,’ he added.

Such sentiments were reportedly echoed by some members of the national security agencies during the May 15 meeting.

The Trump administration official told The Washington Post that there were ‘serious disagreements’ about whether the U.S. should resume nuclear weapons testing. Members of the National Nuclear Security Administration are said to have been particularly vocal. 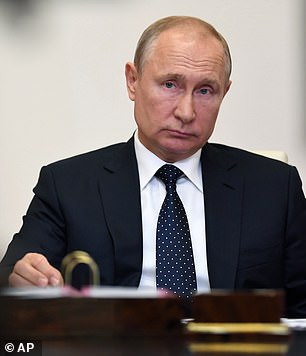 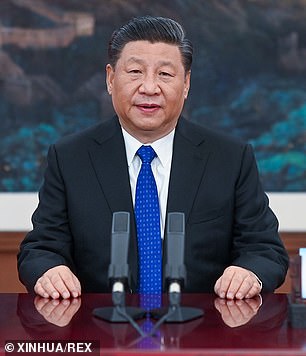 One Trump administration official claimed Russia and China had been covertly conducting their own ‘low-yield’ nuclear weapons tests. Both countries have denied doing so

The administration official claims that the proposal to resume U.S. weapons testing – whilst divisive – is ‘very much an ongoing conversation.’

However, another source familiar with the May 15 deliberations claimed it concluded with a decision to ‘avoid a resumption of testing’.

Marshall Billingslea, who currently serves in the Trump administration as the Assistant Secretary of the Treasury for Terrorist Financing – has previously warned that China may be ‘intent on building up its nuclear forces and using those forces to try to intimidate the United States and our friends and allies.’

The Trump administration is not currently ‘pursuing new nuclear weapons designs  but reserves the right to do so if China and Russia refuse to negotiate on their programs.’

Any U.S. nuclear testing that would be done would likely involve existing arsenal. 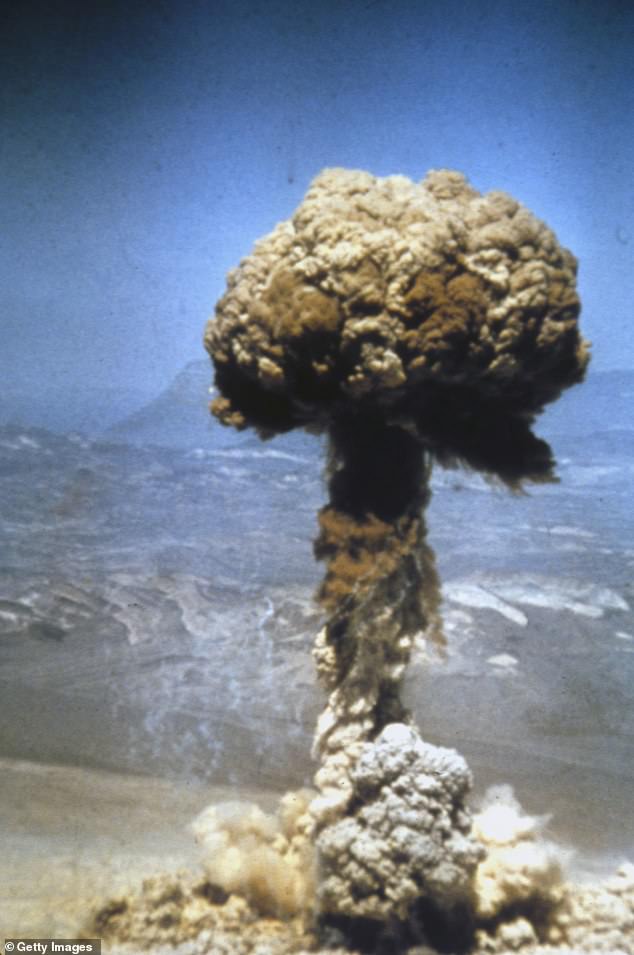 Around 2,000 nuclear tests have been conducted in the past, with more than half of those conducted by the U.S. A 1940 nuclear test in the Nevada desert is pictured

Around 2,000 nuclear tests have been conducted in the past, with more than half of those carried out by the U.S. The U.S. is also the only country to have launched nuclear weapons during conflict.

However, concerns about the health consequences of nuclear testing resulted in the Comprehensive Nuclear-Test-Ban Treaty adopted by the U.N. in 1996.

184 countries have signed the treaty, but it not currently in force as eight specific nations – including the U.S., China and Iran – have not ratified it.

Last year, Forbes reported that the Trump administration could ‘trash the treaty’  after the Director of the Defense Intelligence Agency, Lt. Gen. Robert P. Ashley, Jr., claimed that the U.S. ‘believes that Russia probably is not adhering to its nuclear testing moratorium.’ 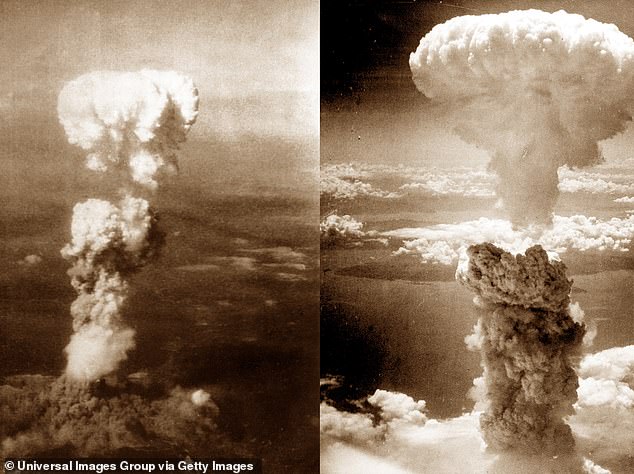 The U.S. is also the only country to have launched nuclear weapons during conflict. , Atomic bomb mushroom clouds over Hiroshima (left) and Nagasaki (right)