The Trump administration has ordered US hospitals to send all data directly to a central White House database, cutting the Centers for Disease Control and Prevention (CDC) out of the process collecting and sharing information on the pandemic.

Officials say their aim is to streamline data gathering and analysis and fix lags that have plagued the CDC’s reporting efforts.

Now, the Department of Health and Human Services (HHS) will be charged with a duty that’s historically fallen to the CDC, one of its subsidiary agencies.

An HHS memo says that Vice President Mike Pence’s directive for hospitals to send data directly to the federal government on a daily basis will ensure that resources like remdesivir, ventilators and PPE are allocated as needed.

But the HHS itself does not have a platform through which it shares its data with the public, one of CDC’s crucial functions, raising concerns about transparency and the potential for the federal government to wield too much control over COVID-19 data.

‘As of July 15, 2020, hospitals should no longer report the Covid-19 information in this document to the National Healthcare Safety Network site.’

Amid growing tensions between the White House and the CDC, including its director, Dr Robert Redfield (pictured), the Department of Health and Human Services told US hospitals they should no longer send COVID-19 data to the CDC

The National Healthcare Safety Network (NHSN) is the CDC’s infection tracking system, which it says is the largest in the country.

NHSN was set up to surveil hospital-associated infections – those that commonly occur in and spread quickly through hospitals, such as MRSA – but anid the pandemic it provided a scaffolding for tracking resources used to treat coronavirus patients and protect healthcare workers.

CDC shares data collected through the NHSN not only with the federal government but other facilities, states, regions and the public with information about what is occurring in hospitals and what is needed within them.

Instead, the HHS offers four alternative ways for hospitals to report data to the HHS. They can share data with their states and authorize them to send data to the HHS, use a direct reporting platform called TeleTracking.

Despite the size of the network, ‘today, the CDC still provides data from only 85 percent of hospitals; the President’s COVID response requires 100 percent to report,’ Michael Caputo, an HHS spokesperson told USA Today.

The CDC has struggled to keep up with coronavirus data, but in recent weeks its metrics, including case counts (pictured), have aligned closely with other tracking groups’ 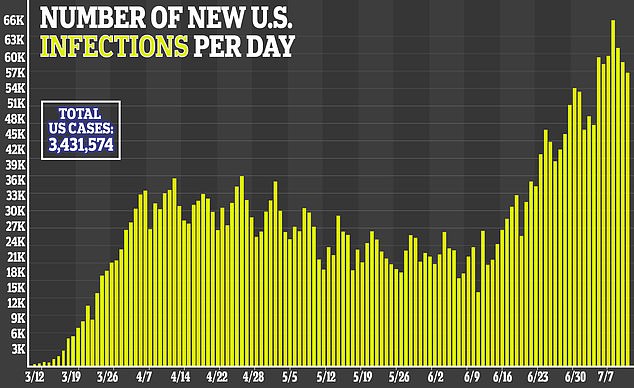 Now, the agency is reporting very similar numbers of new daily cases to those recorded by Johns Hopkins University (pictured: DailyMail.com graphic based on JHMU data)

But how, exactly, the new system will ensure a greater percentage of hospitals report data remains unclear.

‘It seems to be just an attempt to take it away from the CDC…[the HHS] didn’t put in any incentives or penalties’ to ensure more consistent data reporting, he added.

It comes as tensions between the White House and CDC have continued to build.

‘Why would you blind the cdc to hospital data? There’s no reason to do it unless you’re afraid of what the data shows and want to control it,’ Dr Caplan said.

‘It’s more than a technical shift, it’s making it difficult for the cdc to know what’s going on and make recommendations accordingly.

‘Since the White House doesn’t like the CDC, they’ve come up with a way to cope with them by undermining [the agency].’ 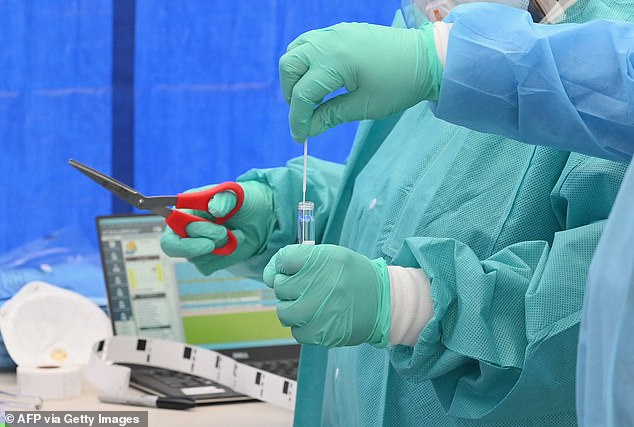 President Trump has reportedly criticized and complained about the CDC behind closed doors. His coronavirus task force also abruptly took over updates to the public in March, kicking off a three-month silence from the agency.

Now, the health agency and Trump are at odds over school reopenings, and this week CDC director Dr Robert Redfield urged that the president and Vice President Mike Pence should wear masks in public to set an example for Americans.

Now the CDC will be cut off from the data that informs its recommendations to the public.

‘This represents a continuing effort by the White House to lie its way out of the pandemic by muzzline experts like Fauci, ignoring their self-appointed advisory task force’ – which has been conspicuously less in the public eye in recent weeks – ‘pretending that things are fine when the pandemic continues to spiral out of control in many parts of the country,’ said Dr Caplan.

‘They’re claiming that testing is the cause of continued outbreaks which is blatantly ridiculous and now trying to hide information away from the CDC; it’s basically that pattern amounts to culpable indifference to the deaths of Americans.’

HHS did not immediately respond to request for comment from DailyMail.com. 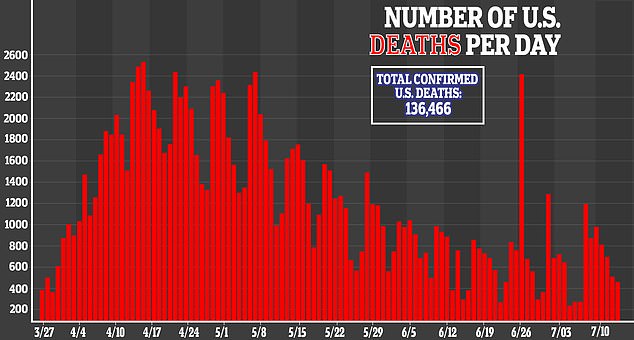 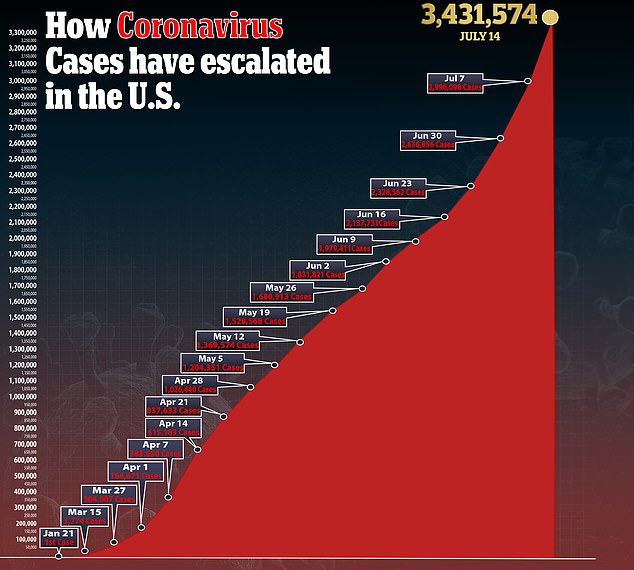