President Donald Trump warned Tuesday that Hong Kong’s role as a global financial center would be put at risk of China insists on imposing a strict political crackdown – as his administrations offered to pay to relocate Hong Kong firms to the U.S.

Trump economic advisor Larry Kudlow made the offer in comments about moving costs Tuesday amid tense political moves that could strip away some of the island’s political autonomy.

Kudlow said the United States would welcome back any U.S. companies in Hong Kong or on China’s mainland.

‘We will do what we can for full expensing and pay the cost of moving if they return their supply chains and their production to the United States,’ he said.

U.S. companies have spent decades setting up in China in order to gain access to the huge Chinese market.

The president, who regularly touts his good relationship with Chinese President Xi Jinping, also weighed in with some new rhetoric, delivered through his press secretary.

‘He said to me that he’s displeased with China’s efforts and that it’s hard to see how Hong Kong remain a financial hub if China takes over,’ McEnany said at a White House press briefing Tuesday.

She was asked about the crackdown at a press briefing, as top Trump economic advisor called Beijing’s actions ‘very disturbing.’ 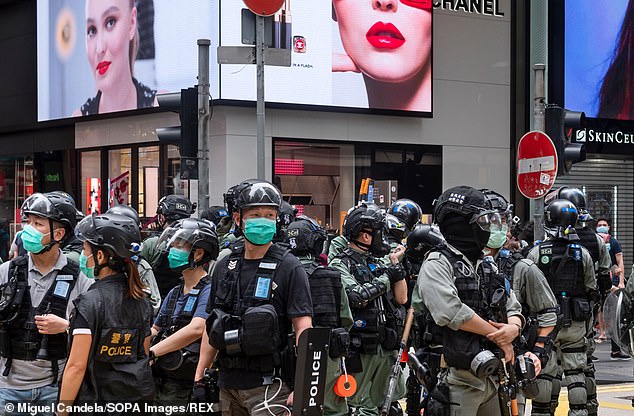 Riot police stand on guard in the middle of the Causeway Bay area during the the protest. Violence, arrests and use of water cannon returned to Hong Kong streets with hundreds of protesters marching in Hong Kong Island against China’s plans to impose a national security law. Rioters resume protests against National security law in Hong Kong, China – 24 May 2020 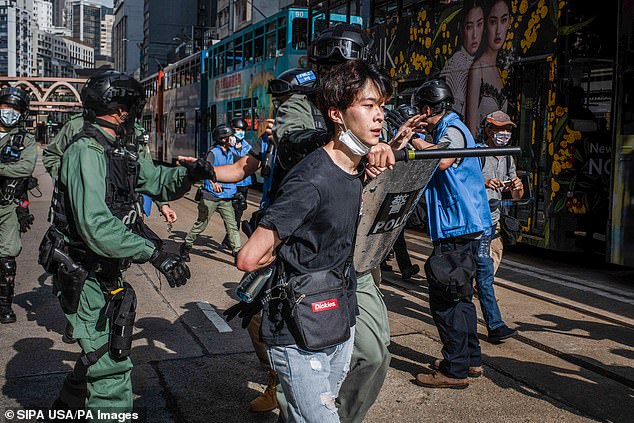 Hong Kong police arrests a protester during demonstrations against the draft bill. Hong Kong police fired teargas and pepper spray onto demonstrators after thousands took to the streets in Causeway Bay protesting against Beijing? declaration that it intends to impose national security laws 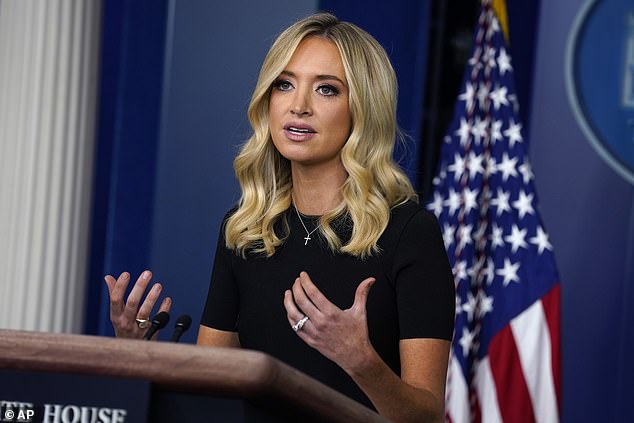 ‘He said to me that he’s displeased with China’s efforts and that it’s hard to see how Hong Kong remain a financial hub if China takes over,’ said White House press secretary Kayleigh McEnany 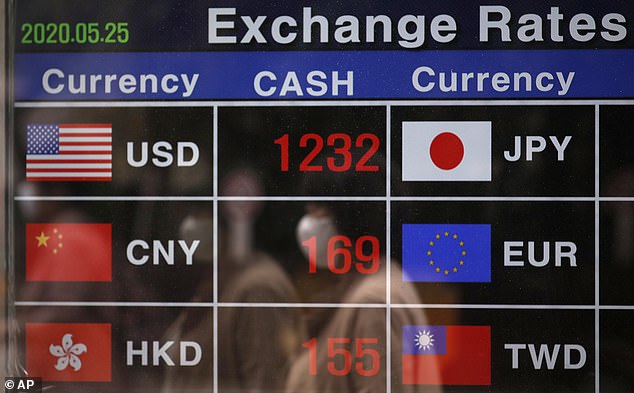 A woman wearing a face mask is reflected on an electronic foreign currency exchange rates in downtown Seoul, South Korea, Monday, May 25, 2020. Asian shares are mostly higher, with Tokyo stocks gaining on expectations that a pandemic state of emergency will be lifted for all of Japan. But shares fell in Hong Kong on Monday after police used tear gas to quell weekend protests over a proposed national security bill for the former British colony 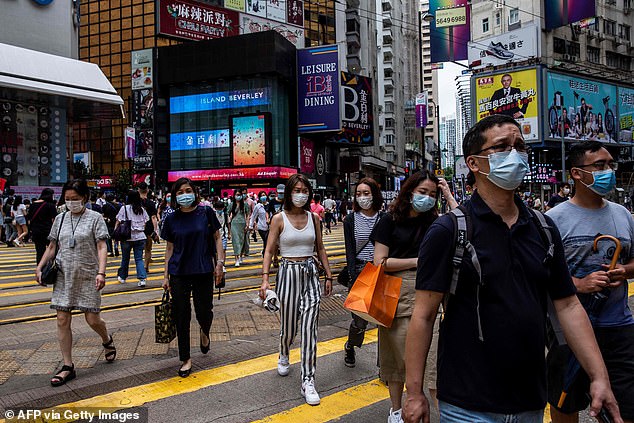 People cross a road in the busy shopping district of Causeway Bay of Hong Kong on May 23, 2020. A proposal to enact new Hong Kong security legislation was submitted to China’s rubber-stamp in Beijing on May 22, state media said, a move expected to fan fresh protests in the semi-autonomous financial hub 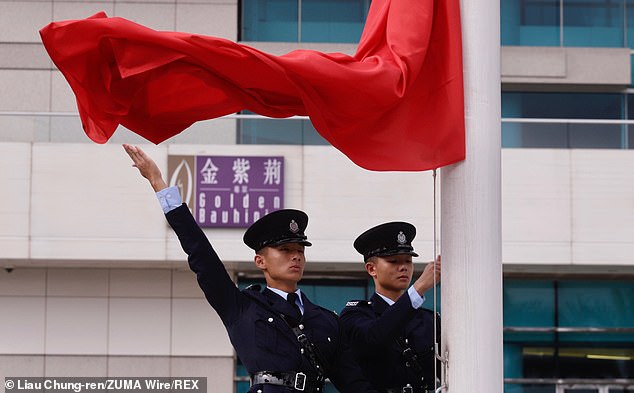 It suggested the U.S. may seek to punish China on the trade front – while also acknowledging such a move could also set back Hong Kong, where China is seeking to squelch a longstanding independence movement.

Beijing’s proposed security law would reduce the territory’s separate legal status. China’s parliament is expected to approve it by Thursday.

U.S. Secretary of State Mike Pompeo, who is due to release a congressionally mandated assessment on whether Hong Kong enjoys sufficient autonomy to justify continued U.S. special economic treatment, said last week the legislation would be the ‘death knell’ for its autonomy.

Trump has warned of a strong reaction and national security adviser Robert O’Brien said the legislation could lead to U.S. sanctions and threaten Hong Kong’s status as a financial hub.

Kudlow also said that while Trump’s ‘Phase 1’ trade deal with China reached in January was intact for now, the president was so ‘miffed’ with Beijing over the novel coronavirus and other matters it was not as important to him as it once was.

The U.S. Chamber of Commerce lobbying group urged Beijing to de-escalate the situation, saying it would be ‘a serious mistake’ to jeopardize Hong Kong’s special status.