The Trump administration is reportedly preparing to provide Congress with the whistleblower complaint and Inspector General report that helped spark expected House impeachment proceedings against the president.

The documents will be turned over to Congress by the end of the week, a senior White House official told Politico on Tuesday.

The development came hours after Trump said he would release an unredacted transcript of his July phone call with Ukranian President Volodymyr Zelensky, which formed the basis of the complaint.

The anonymous whistleblower filed the document with the intelligence community inspector general in August, accusing Trump of pressuring Zelensky to dig up damaging material about political rival Joe Biden’s family.

The complaint alleges that the president threatened to withhold US military aid unless his Ukranian counterpart agreed to investigate whether Biden inappropriately pulled strings to help his son Hunter in the country.

House Democrats called the alleged coercion by Trump and his lawyer, Rudy Giuliani, a ‘staggering abuse of power’.

White House officials have asserted that the whistleblower had no firsthand knowledge of Trump’s call with Zelensky and that the transcript is nowhere near as damning as Democrats have suggested.

On Tuesday evening a senior Trump official told Fox News that the White House would also be releasing a document revealing the inspector general’s finding that the whistleblower had ‘political bias’ favoring one of the president’s rivals. 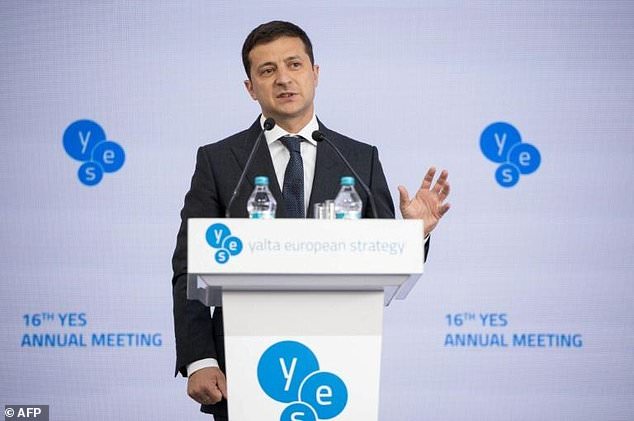 On Tuesday Trump said he would release an unredacted transcript of his July phone call with Ukranian President Volodymyr Zelensky (pictured), which formed the basis of the complaint. The anonymous whistleblower accused Trump of pressuring Zelensky to dig up damaging material about political rival Joe Biden’s family

The anonymous source in the intelligence community initially filed the complaint with Michael Atkinson, the Inspector General of the Intelligence Community (ICIG), on August 12.

Atkinson reviewed the document, determined it was ‘credible’ and forwarded it to acting Director of National Intelligence Joseph Maguire, a Trump appointee, on August 26.

Maguire determined the complaint could not be forwarded to Congress, angering Democratic lawmakers who oversee the country’s intelligence community.

The intelligence agency changed its tune on Tuesday in a letter from its lawyer, Jason Klitenic, to the whistleblower’s lawyer, Andrew Bakaj. 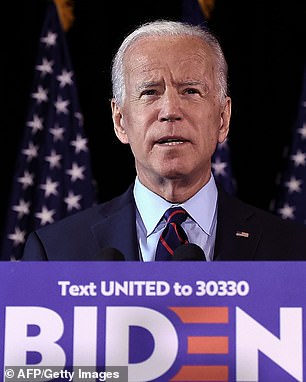 Klitenic said the agency was consulting with other executive branch agencies on whether the complaint could be presented to Congress, and that he expected to provide ‘actionable guidance soon.’

The ‘highest priority is ensuring that the women and men of the Intelligence Community have everything they need to carry out their mission in support of our nation’s security,’ Klitenic wrote.

‘This includes supporting the right of whistleblowers to provide information to Congress. I commend your client’s willingness to come forth to the (intelligence community inspector general), and the DNI is committed to protecting your client from retaliation for that disclosure.’

That letter came in response to an earlier inquiry from Bakaj, who said that he intended to contact Congress about the complaint and asked how to do so ‘in accordance with appropriate security practices’.

Intelligence officials are working with the White House on a deal that would allow the whistleblower to testify before congress, the New York Times reported Tuesday. 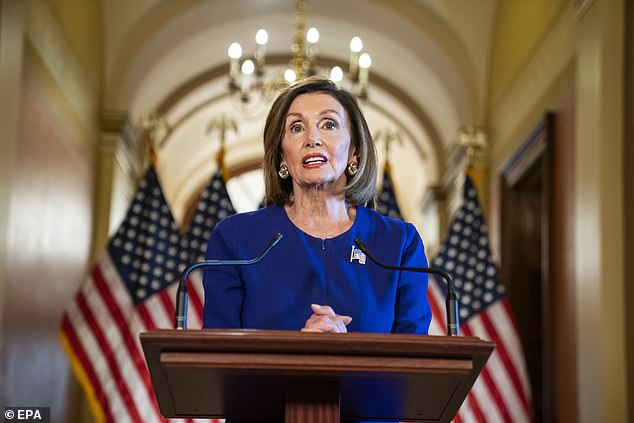 ‘Therefore, today I’m announcing the House of Representatives is moving forward with an official impeachment inquiry. I’m directing our six committees to proceed with their investigation under that umbrella of impeachment inquiry. The president must be held accountable. No one is above the law.’

Trump responded to Pelosi’s announcement in a string of seething tweets.

‘Such an important day at the United Nations, so much work and so much success, and the Democrats purposely had to ruin and demean it with more breaking news Witch Hunt garbage. So bad for our Country!’ he wrote.

The White House condemned the decision and declared the legislative process ‘destroyed’.

‘In a far departure from all of the work and results of this President, House Democrats have destroyed any chances of legislative progress for the people of this country by continuing to focus all their energy on partisan political attacks. Their attacks on the President and his agenda are not only partisan and pathetic, they are in dereliction of their Constitutional duty,’ White House press secretary Stephanie Grisham said in a statement.

‘The Trump Administration will continue to be vigorous in laying out the facts and standing up for the many forgotten men and women who elected him.’

Pelosi had been under intense pressure from Democrats inside and outside Congress to move forward with impeachment, with the cup running over on Tuesday when a new call came from former Vice President Biden.

Biden had previously acknowledged that as vice president he successfully convinced Ukraine to fire its top prosecutor, Viktor Shokin, while Shokin was investigating the natural gas firm Burisma Holdings – where Hunter Biden was on the board.