Miller and Waldman – Vice President Mike Pence’s new press secretary – were spotted together, making their way to the Rose Garden where President Trump and the First Lady were joined by Australian Prime Minister Scott Morrison and his wife, Jenny Morrison.

The couple were seen wearing matching, black outfits and sporting huge smiles as they walked arm-in-arm through the hallway. 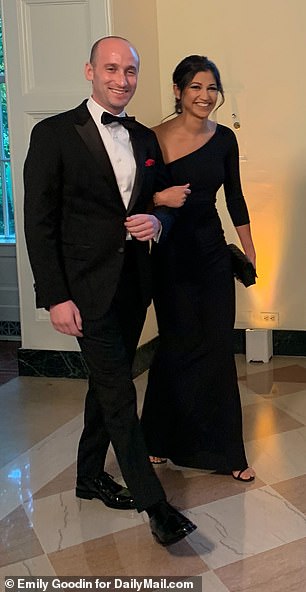 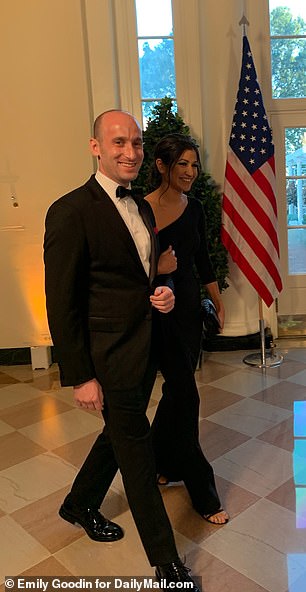 Miller (left) and Waldman’s (right) relationship was made public Thursday, after it was revealed that she was appointed Vice President Pence’s new press secretary

On Thursday, the White House released the dinner menu, noting that it ‘highlights the lush, late summer season across the vast lands of America,’ according to the Washington Post.

Among the menu items being served are sunchoke ravioli, Dover sole and apple pie.

Also revealed Thursday, was the fact that Waldman had been hired to be Pence’s new press secretary and that she is dating Miller, who is largely credited with being the mastermind behind the Trump Administration’s hard-line immigration policy.

During heated debates earlier this year, Waldman said the administration ‘never had a blanket policy of separating families in custody,’ but also acknowledged: ‘We are saying of course separations occurred — but not at the rate of “thousands” they are claiming.’ 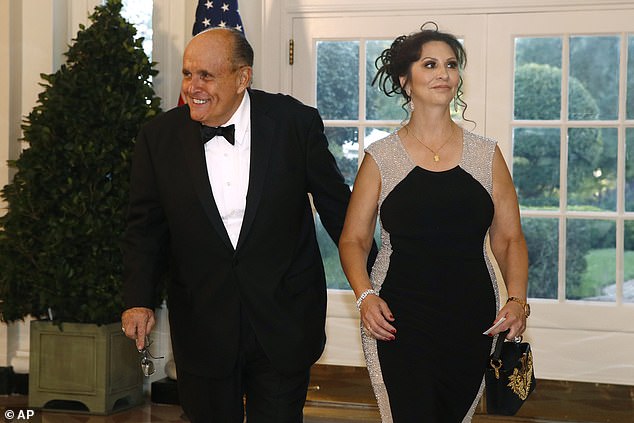 Rudy Giuliani, an attorney for President Donald Trump, and Maria Ryan were also spotted on their way into the Rose Garden Friday night 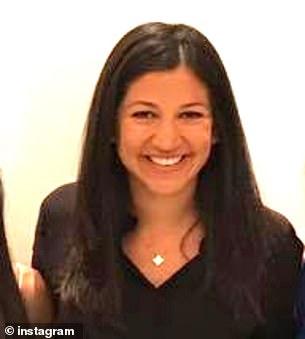 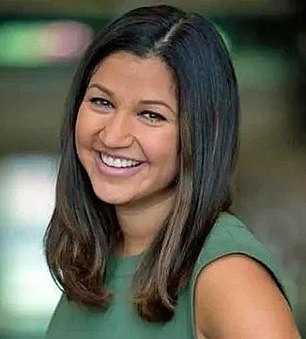 New role: Katie Waldman, 27, takes over after the president has provided assurances that Pence will be his running mate in 2020 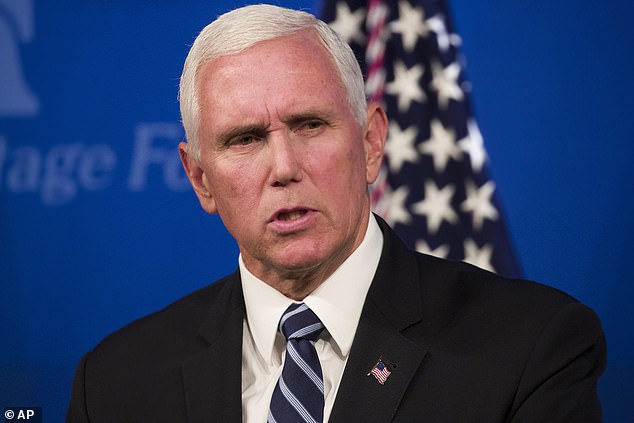 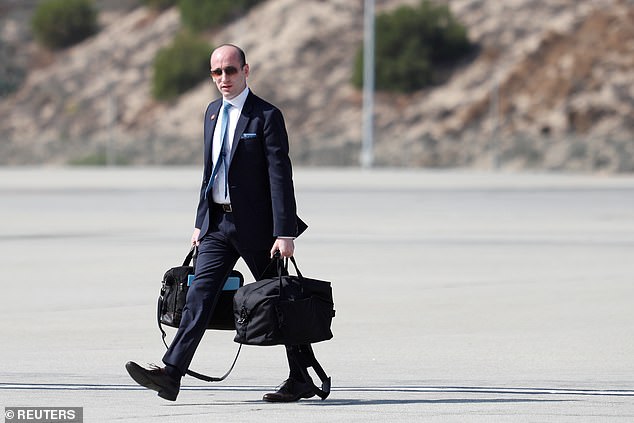 Miller has become a lightning rod for critics of the Trump administration’s immigration crackdown. He accompanied Trump on a his trip to the Mexican border in San Diego

She comes to the post after Pence’s previous spokeswoman, Alyssa Farah, left to serve as the new Pentagon press secretary.

‘She’s got extensive experience and she’ll be a great fit in our office,” Pence Chief of Staff Marc Short told NBC. “She’s shown she has the mettle to handle intense environments.’

She also worked for GOP Sen. Steve Daines of Montana and for the party’s campaign arm, the National Republican Senatorial Committee. 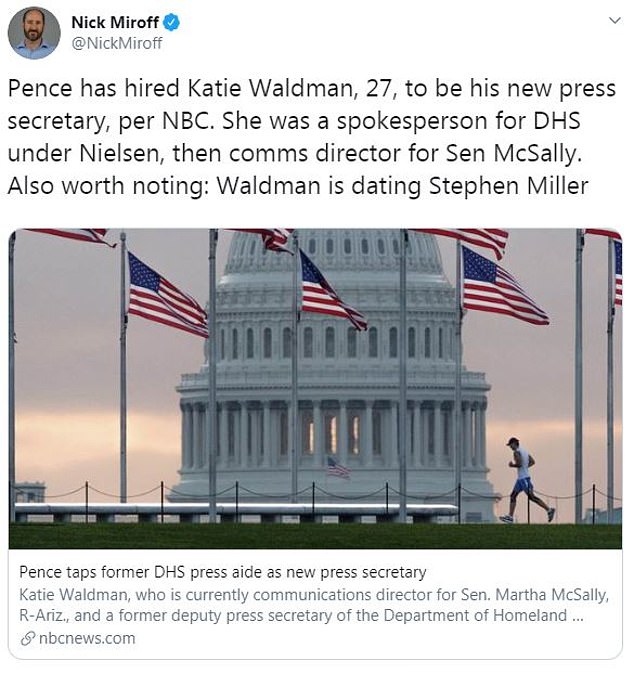 Reporter Nick Miroff posted the information about Miller and Waldman. The White House declined to comment

Soon after news broke of her announcement, Washington Post immigration reporter Nick Miroff tweeted: ‘Pence has hired Katie Waldman, 27, to be his new press secretary, per NBC. She was a spokesperson for DHS under [former Secretary Kirstjen] Nielsen, then comms director for Sen McSally. Also worth noting: Waldman is dating Stephen Miller.’

That item drew notice online, including from critics of Miller, who has become a lightning rod due to his vocal defenses of the administration’s ‘zero-tolerance’ immigration clampdown.

Arizona Central also reported she is dating the hard-line 34-year old senior advisor to the president. Miller has crafted many of Trump’s tough immigration policies and speeches.