An ally of Donald Trump has said the report into Russian interference in the 2016 election will be ‘devastating’ for the president when it is published.

The Harvard Law professor emeritus predicted yesterday that the Mueller report on Russian interference in the 2016 election will see the president have to navigate the political aftermath of a potentially damning final report.

Dershowitz said on ABC News This Week: ‘I think the report is going to be devastating to the president and I know that the president’s team is already working on a response to the report.

‘At some point when the report’s made public – and that’s a very hard question considering the new attorney general who has the authority to decide when and under what circumstance to make it public – it will be made public probably with a response alongside.

Special counsel Robert Mueller’s report into Russian interference in the 2016 election will be ‘politically very devastating’ for the president, a Trump ally has predicted

‘The president will say, “ah look, it’s political. There’s their account and there’s our account”. And the American public will have to judge the credibility.’

But Dershowitz added that although the report will have a strong political impact on President Trump, he believes it is unlikely to result in any criminal charges ‘because collusion is not criminal’.

When asked if the special counsel could accuse Trump of conspiring ‘to co-operate with an attempt to defraud the U.S. government’, attorney Dershowitz replied it was ‘too much of a stretch’.

He added: ‘What I think Mueller is going to do if he’s smart, he’s not going to take the chance on being rebutted, he’s going to lay out the facts, leave it to Congress to decide whether that rises to the level of an impeachable offense.’ 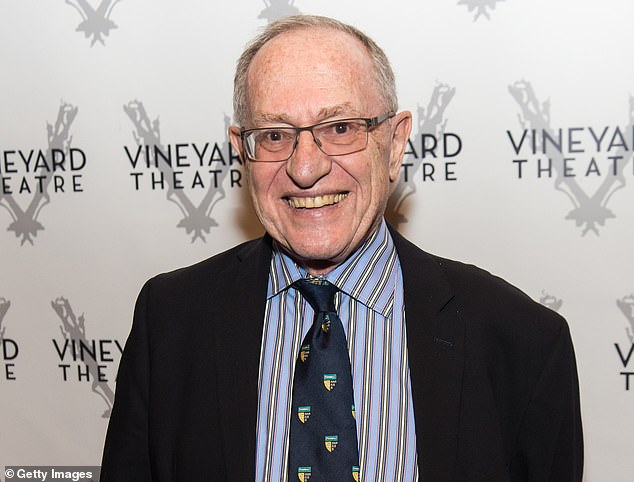 His appointment made it ‘very hard’ to predict when and under what circumstances Mueller’s report would be released to the public, Dershowitz added.

Last week Trump submitted written answers to questions from Mueller instead of facing an interview in person.

It was thought the president might be interviewed face-to-face by Mueller, but instead Trump refused and submitted written answers to ‘limited’ questions from the Department of Justice’s investigation.

Trump was said to have answered only questions about Russian interference in the 2016 election and not allegations about whether he has tried to obstruct the broader investigation into potential coordination between Russia and his presidential campaign.

His lawyers were said to be mindful such an on-the-record interview would be a minefield for a president who often misstates the facts.

They set out to avoid it however possible, even if it could lead to resisting a subpoena and bringing on a court fight over presidential power.

The last time a president is known to have been interviewed in a criminal investigation was nearly 15 years ago, and a commander-in-chief has not been subpoenaed before a grand jury since 1998, when President Bill Clinton was summoned in the Whitewater case. 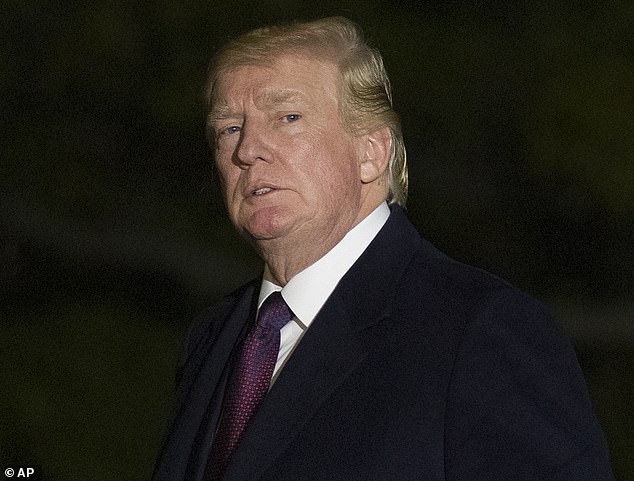 Mueller was appointed to lead the special counsel investigation into Russian interference in the 2016 election after Trump fired then FBI Director James Comey in May last year while he was leading the initial investigation into collusion between the Trump campaign and Russia.

Trump has repeatedly claimed Mueller’s investigation was a ‘witch hunt’ and insisted there was ‘no collusion’ between his campaign and Russia.

Since the probe started in May of last year, Mueller’s team secured indictments against 32 individuals and three Russian businesses on charges ranging from computer hacking to financial crimes.

Of those indictments, six people have pleaded guilty and three have been sentenced to prison.