Donald Trump has announced attorneys David Schoen and Bruce Castor will head the legal team in his second impeachment trial, as the former president prepares to make his case in a week’s time.

As Trump readies for his hearing, his in-laws were seen on Sunday strolling around the grounds of Mar-a-Lago.

Viktor Knauss, 78, and his wife Amaljia, 75, visited their daughter at the Florida estate.

The pair, to whom Melania is extremely close, had been living in Washington DC while the 50-year-old was first lady.  The couple, who became U.S. citizens in 2018, are believed to have relocated, like their daughter, to Florida.

Sight of the in-laws came as the former president announced his new team. 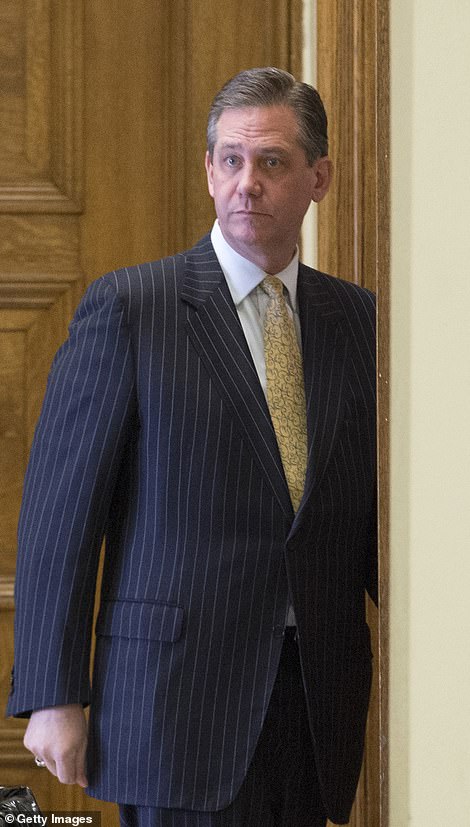 David Schoen, (left)  based in Alabama, was preparing to represent Jeffrey Epstein when he died, Bruce Castor (right) the former district attorney for Montgomery County, has joined Trump’s team 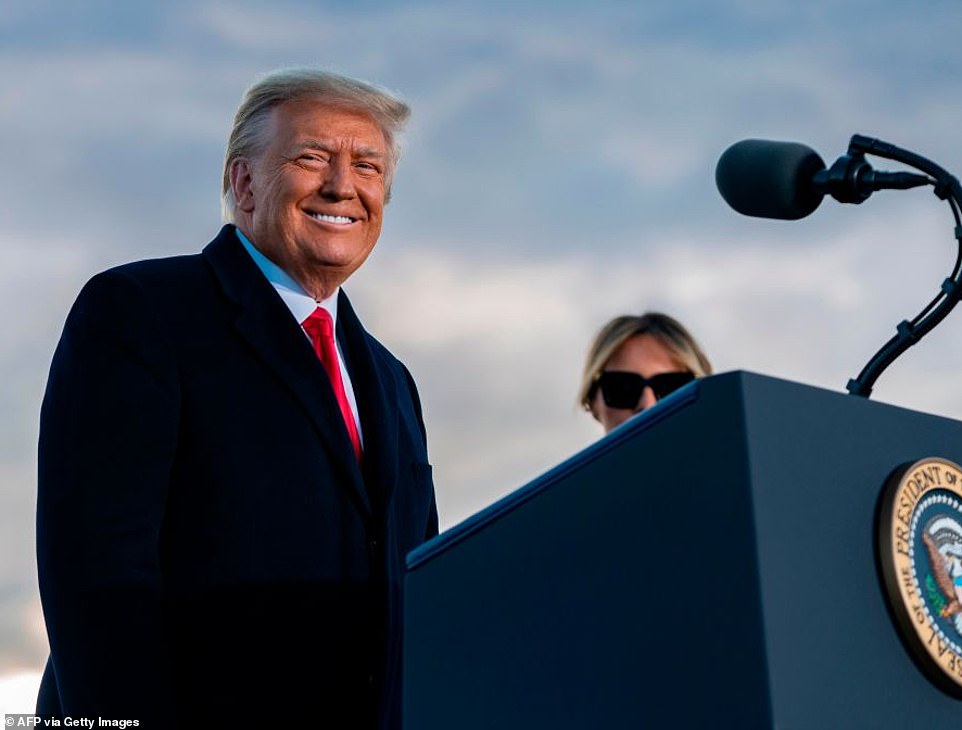 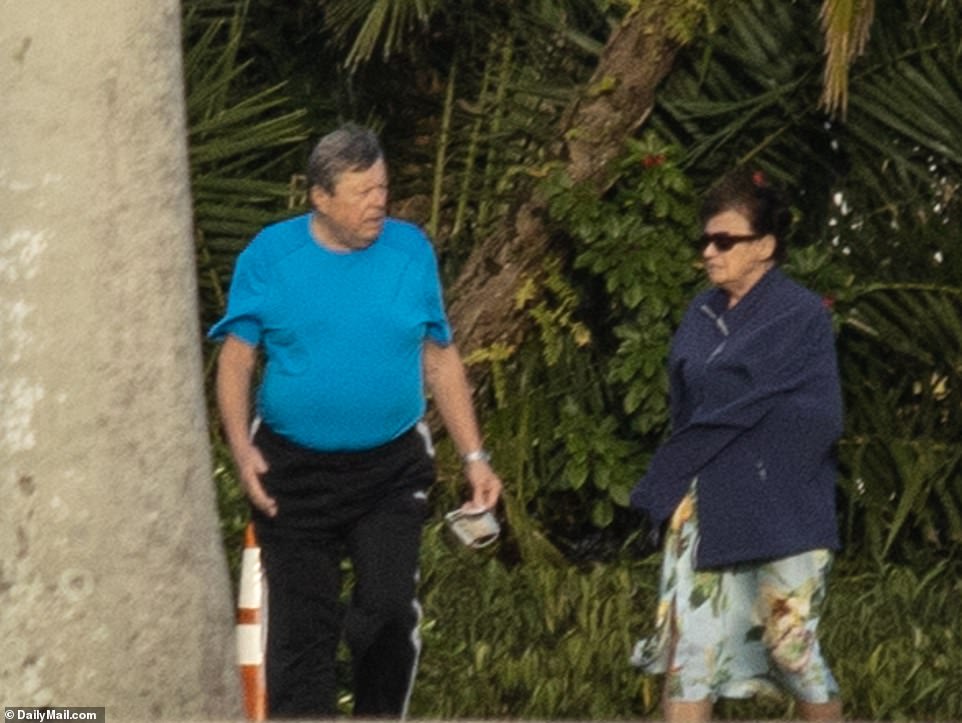 Viktor and Amaljia Knauss, the parents of Melania Trump, were at Mar-a-Lago on Sunday to visit their daughter 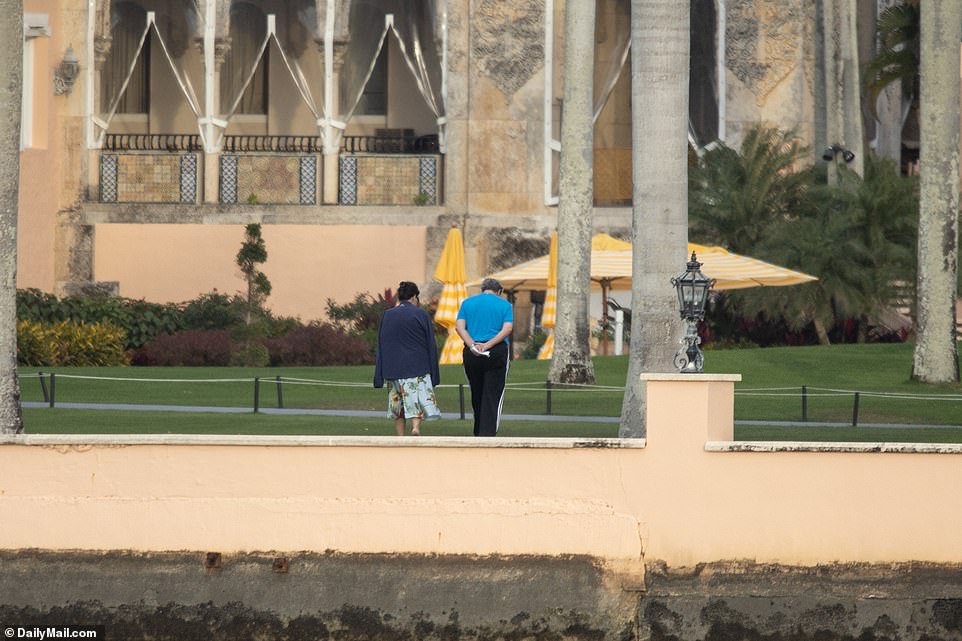 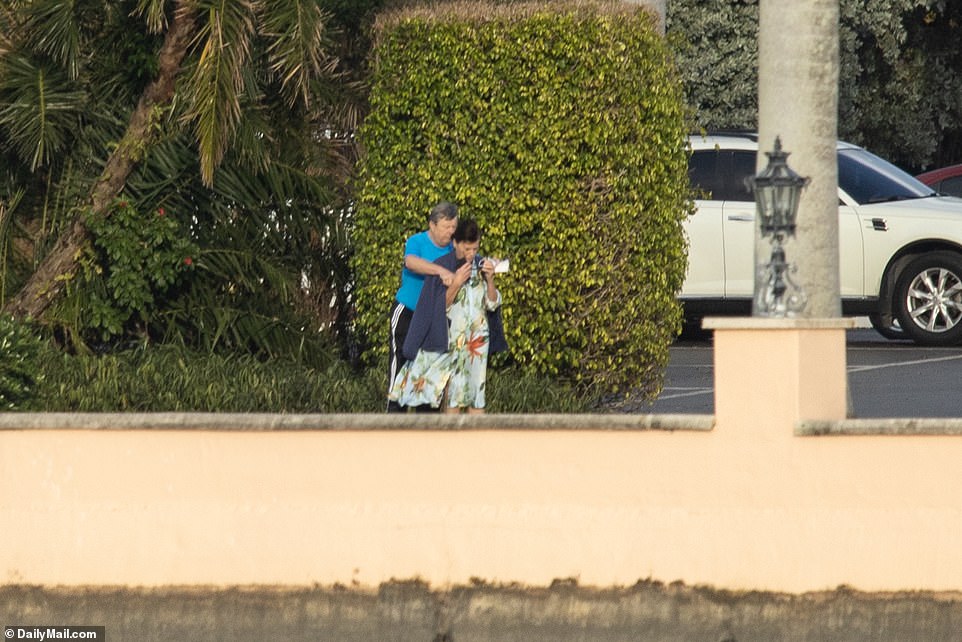 The Knausses became U.S. citizens in 2018 and are thought to now be living in Florida, like their daughter and son-in-law

Schoen, based in Atlanta, Georgia and with offices in New York and Alabama, was readying to defend Jeffrey Epstein when the New York financier was found dead in his cell in August 2019, in what Schoen insists was not suicide.

Castor was district attorney for Montgomery County in Pennsylvania when Bill Cosby was accused of sexual assault by Andrea Constand. He declined to prosecute; his successor secured a conviction in 2018.

The former president released a statement through his office calling the trial lawyers ‘highly-respected’.

He also said that both Schoen and Castor agree that the impeachment is ‘unconstitutional – a point 45 Senators voted in agreement with last week’.

Trump’s announcement followed reports he parted ways with his lead impeachment lawyers just over a week before the trial is set to begin, after the president insisted they argue that the election was stolen from him.

Butch Bowers and Deborah Barbier, both South Carolina lawyers who were expected to be among the lead attorneys for the case, are no longer with Trump’s defense team.

Josh Howard, a North Carolina attorney who was recently added to the team, as well as Greg Harris and Johnny Gasser, two former federal prosecutors from South Carolina, have also left, according to CNN.

The parting was reportedly a ‘mutual decision’ that reflected a difference of opinion on the direction of the case.

Trump had wanted the attorneys to argue there was mass election fraud, and fell out with the lawyers who wanted to focus on the legality of convicting a president after he’s left office, according to CNN sources. 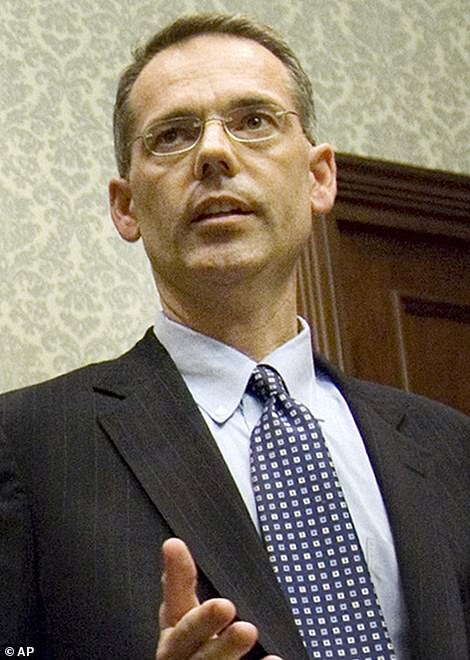 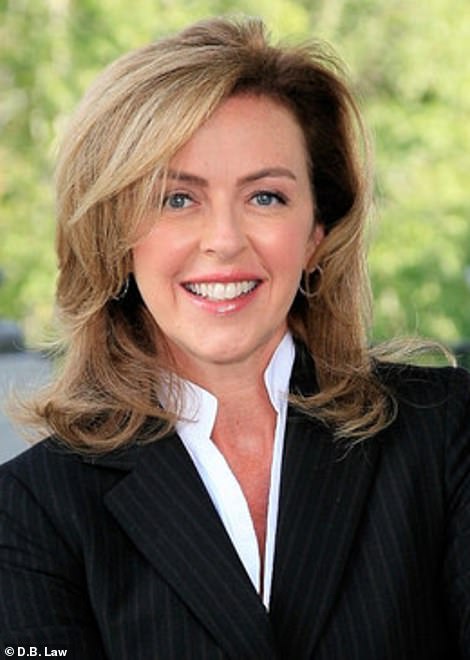 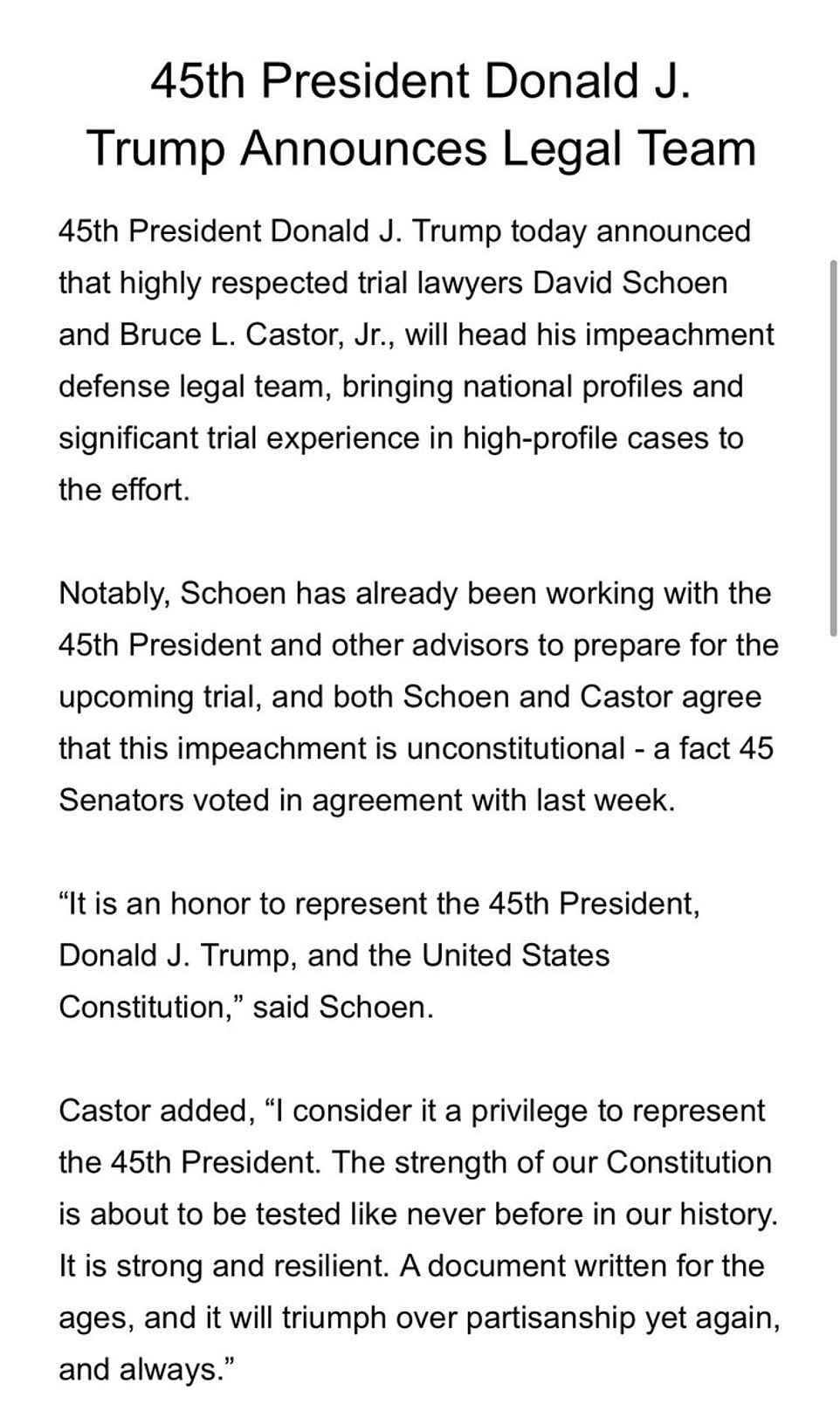 Castor, 59, is one of Pennsylvania’s most high-profile lawyers.

He served as district attorney for Montgomery County from 2000-2008, during which time he famously decided not to prosecute Cosby.

‘At the time I remember thinking that he probably did do something inappropriate,’ he said, speaking of his 2005 decision.

‘But thinking that and being able to prove it are two different things. I didn’t say that he didn’t commit the crime.’

‘As much as I wanted to go forward, there wasn’t enough evidence, and prosecutors are bound by the law,’ said Castor.

‘I mean, I’m not a fool. I recognize that had I arrested Bill Cosby it would’ve been front page news at every newspaper in the world and led every broadcast in the world.

‘In my position, that’s something that might be of value to me.’ 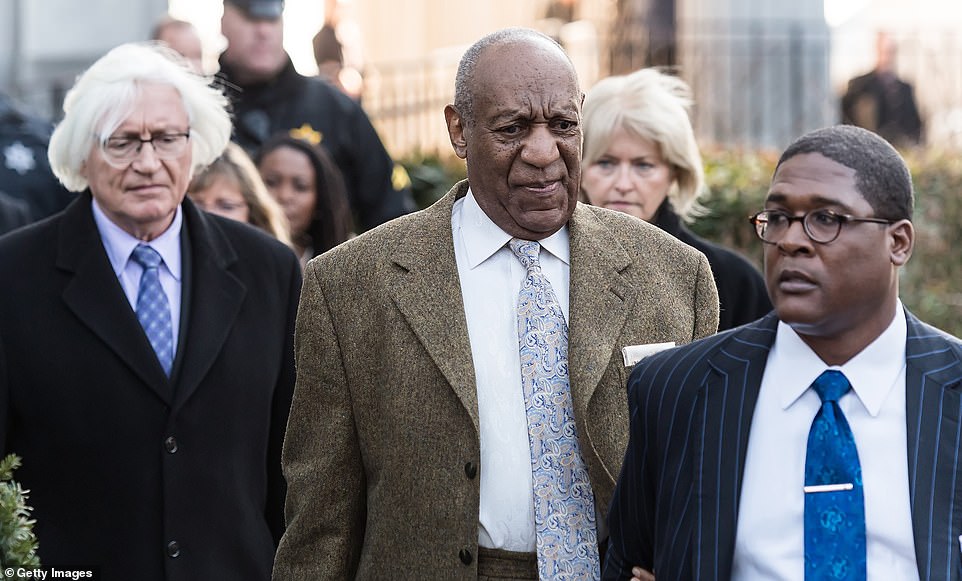 After leaving the district attorney’s office Castor returned to private practice, then served four years on the county’s Board of Commissioners.

In 2014 he was reported to be seriously considering a run for governor of Pennsylvania.

In 2016 he became Solicitor General, and then had a brief stint as Pennsylvania’s Acting Attorney General – a role he held for several months, until September 2016.

In a statement, Castor said he considered it a ‘privilege to represent the 45th president.’

Schoen, based in Atlanta, Georgia and with offices in New York and Montgomery, Alabama, was educated in New York, Boston and Washington DC before moving to the South to pursue civil rights law.

He has a varied client list, ranging from underworld figures to Trump’s ally Roger Stone.

‘I represented all sorts of reputed mobster figures: alleged head of Russian mafia in this country, Israeli mafia and two Italian bosses, as well a guy the government claimed was the biggest mafioso in the world.’

He has argued cases across the country, and was famously preparing to represent Epstein when he died. 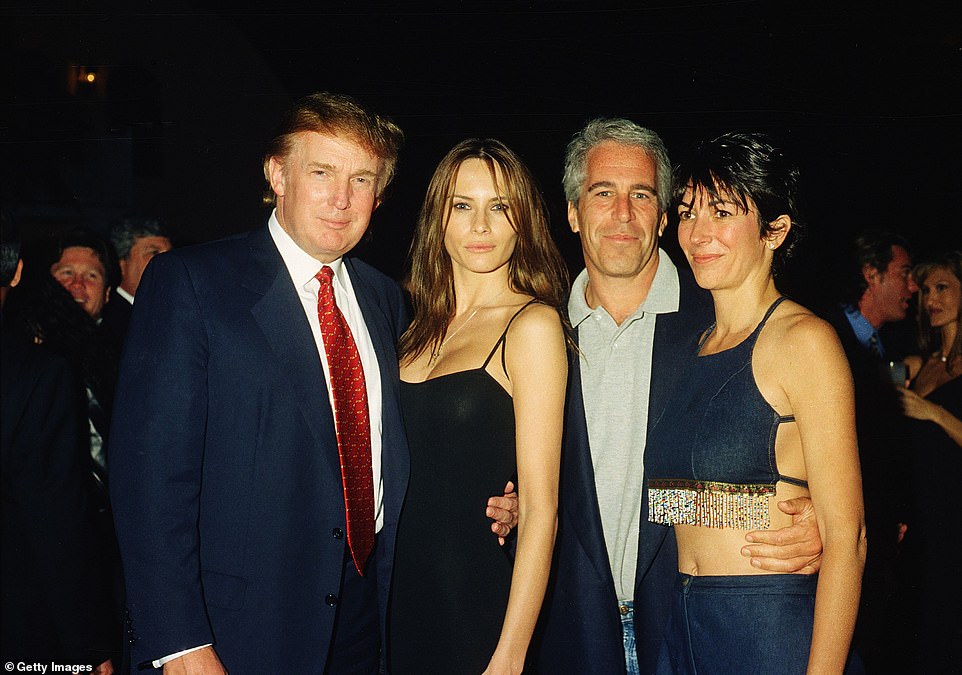 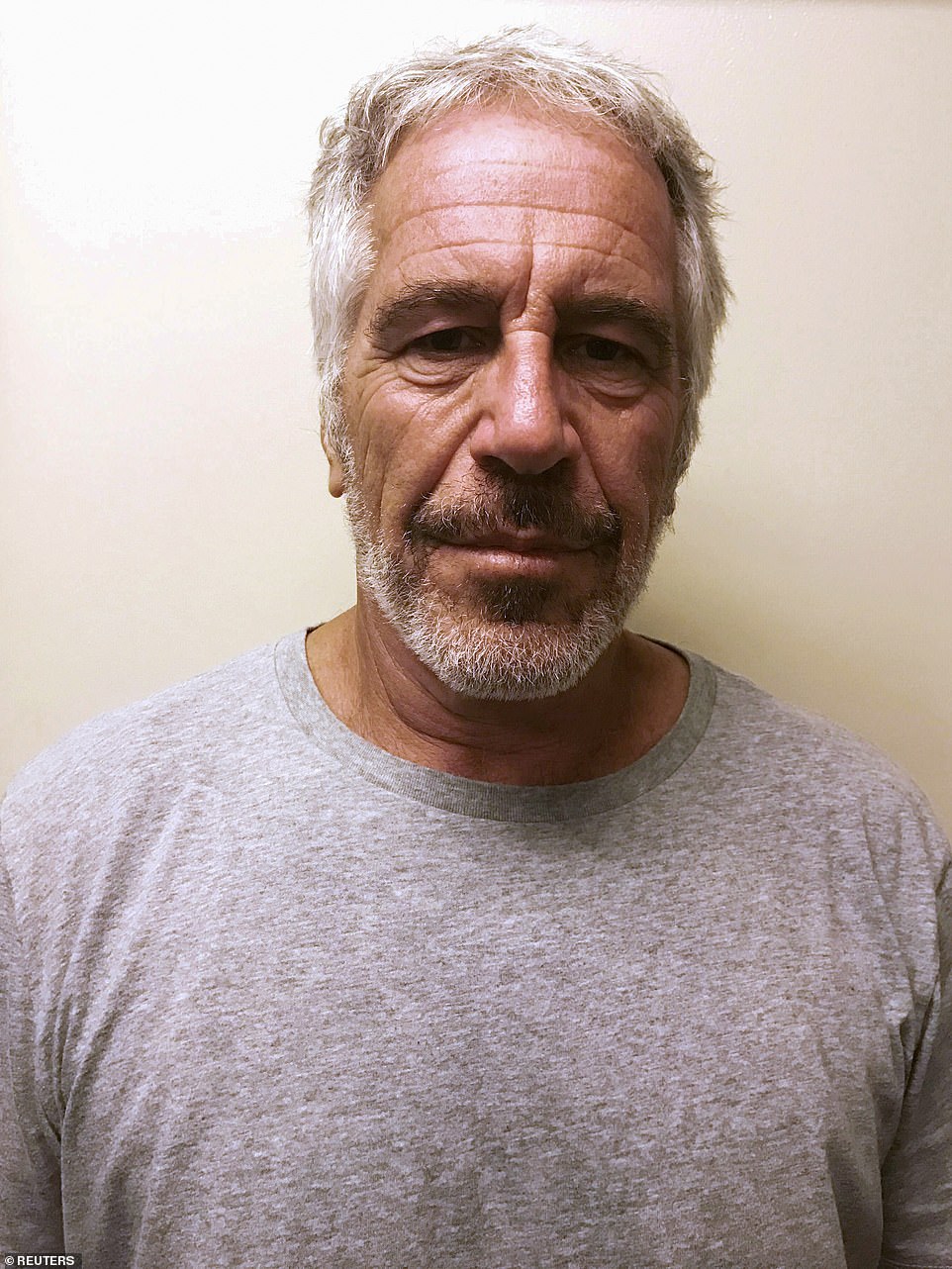 ‘I saw him a few days earlier,’ he told Fox News.

‘The reason I say I don’t believe it was suicide is for my interaction with him that day. The purpose of asking me to come there that day and over the past previous couple of weeks was to ask me to take over his defense.’

Schoen told The Atlanta Jewish Times that he became acquainted with Epstein about 11 years ago, when the financier sought his advice.

‘Periodically, over the years, he’s asked me a question or two. Over the past year, increasingly over the past six months, he turned to me for advice,’ Schoen said, adding that Epstein wanted to be billed for that service, but he declined because, ‘I wasn’t sure where the relationship was going.’

‘We came to an agreement during the course of that discussion,’ said Schoen.

‘We met for five hours on August 1. I said that I would want to meet with his team first to see how they felt about that. And then we would go forward. We mapped out a strategy going forward.

‘He was upbeat and excited about going forward.

‘The following day, I got a phone call from one of his lawyers saying he just met with him after I met with him. How excited he is about going forward with this. If I could get in that night and start giving orders to the team, it would be a great help.’

Trump’s new legal team have only a few weeks to prepare to face charges that he incited the insurrection at the U.S. Capitol on January 6.

However, all but five Senate Republicans this week voted in favor of an effort to dismiss the trial before it even started, making clear a conviction of the former president is unlikely regardless of his defense team.

Trump has struggled to find attorneys willing to defend him after becoming the first president in history to be impeached twice.

He is set to stand trial the week of February 8 on a charge that he incited his supporters to storm Congress before President Joe Biden´s inauguration in an attempt to halt the peaceful transition of power.