President Trump is preparing to lay down $60 billion in tariffs on China to counter what he says is intellectual property theft – while China is urging the U.S. to ‘act rationally.’

The president has rattled markets and sparked fears of a trade war with the threat of tariffs, which will hit products from Chinese-made or assembled electronics to clothing.

The Washington Post reported that Trump doubled a senior staff recommendation of $30 billion in tariffs.

JUST YOU WAIT: President Trump is preparing to lay down $60 billion in tariffs on China to counter what he says is intellectual property theft

But China is urging caution, and even signaling it will make concessions, albeit on its own time frame.

“What we hope is for us to act rationally rather than being led by emotions,” said China’s premier, Li Keqiang. “We don’t want to see a trade war,’ he said at a Tuesday press conference.

“If there is one thing that will be different from the past, that will be that China will open even wider,” said Li, in one of several lines signaling flexibility.

‘There is still broad room for us to further open up,’ said Li. 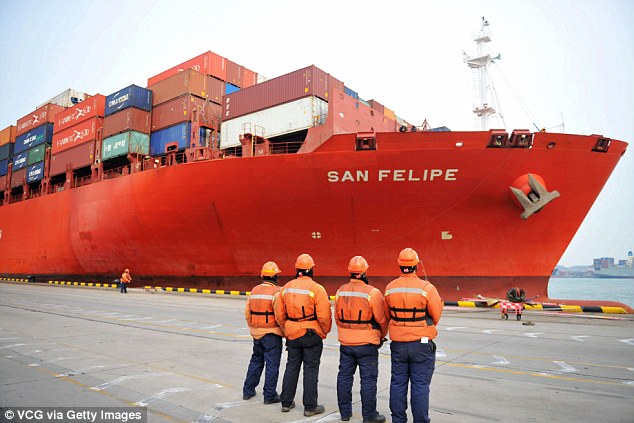 Workers wait for a container ship to berth at Qingdao Port on March 8, 2018 in Qingdao, China. Trump is preparing the tariffs to combat Chinese intellectual property theft 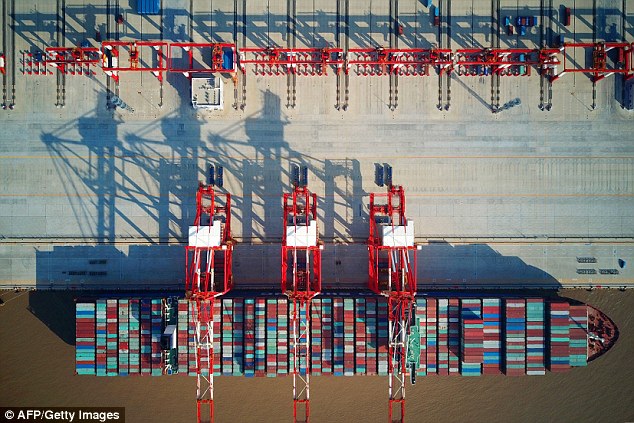 This photo taken on December 6, 2017 shows a loaded cargo ship at the Yangshan Deep-Water Port, an automated cargo wharf, in Shanghai

More than 100 products could get hit by the package of tariffs, that the administration will argue benefitted from trade secrets swiped from the U.S.

But any effort to counter intellectual property theft is limited both by China’s ability to retaliate, and by complexities in the global supply chain.

Many products that get finished or assembled in China are actually owned or partially manufactured in other countries. 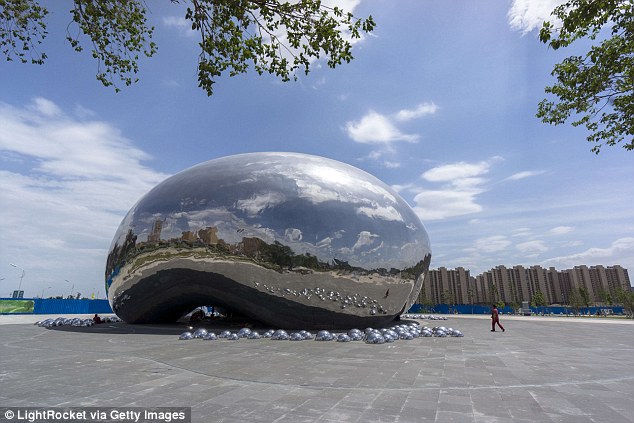 LOOKS FAMILIAR: Sculpture in the shape of a giant oil bubble, built near the first drilling well of the Karamay oil field, is the landmark of the city. Some people say it is a copy of Chicago’s famous Cloud Gate

China has already threatened to hit back at U.S. products, including soybeans.

Concern about the tariffs have already caused market jitters in Germany and other third countries.

It isn’t known whether Trump will scale back or otherwise back off, with the action expected Friday.

Trump followed through on threatened steel and aluminum tariffs, but then allowed countries to seek waivers.

The U.S. reports a record trade deficit with China of $375 billion.