Trump tweeted: ‘The Mayor of San Juan, who was very complimentary only a few days ago, has now been told by the Democrats that you must be nasty to Trump.’

‘Such poor leadership ability by the Mayor of San Juan, and others in Puerto Rico, who are not able to get their workers to help.’

In his first tweet after Hurricane Maria devastated the US territory, Trump brought up how the country still owed money to Wall Street. 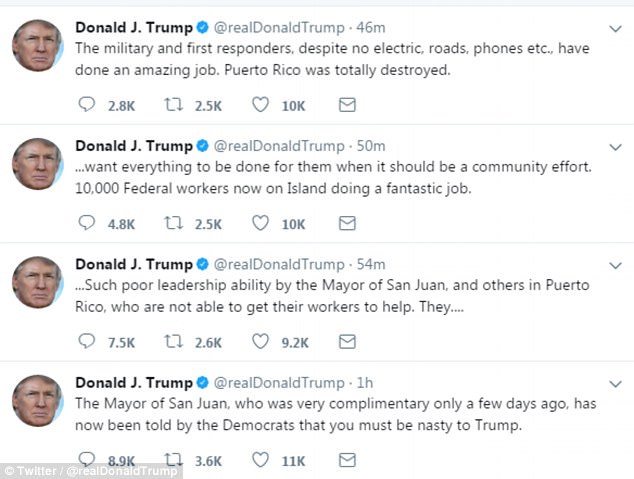 The county is in $73 billion of debt but less than a quarter of that debt is owned by hedge funds. According to CNN Money, the rest is held by individuals and mutual fund i.e. Main Street America.

Today he criticized the efforts of the Puerto Rican people and Mayor Carmen Yulín Cruz. On Friday, she pleaded with the federal government to send more resources to Puerto Rico.

Cruz said in several TV interviews that the lack of an efficient response by the US military and government was going to cost people’s lives.

Trump will visit Puerto Rico on Tuesday with the First Lady. He also said he would try to stop by the US Virgin Islands, saying people there are ‘working hard.’

He continued on his rant: ‘They want everything to be done for them when it should be a community effort. 10,000 Federal workers now on Island doing a fantastic job.’ 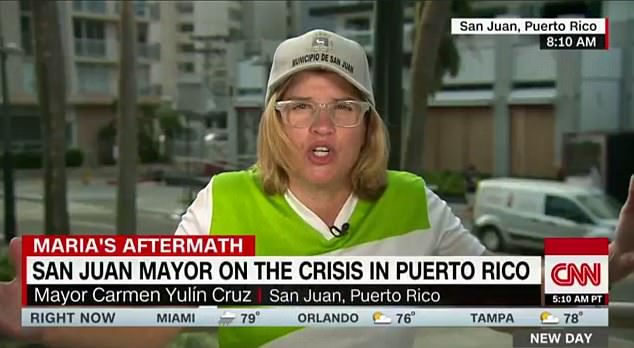 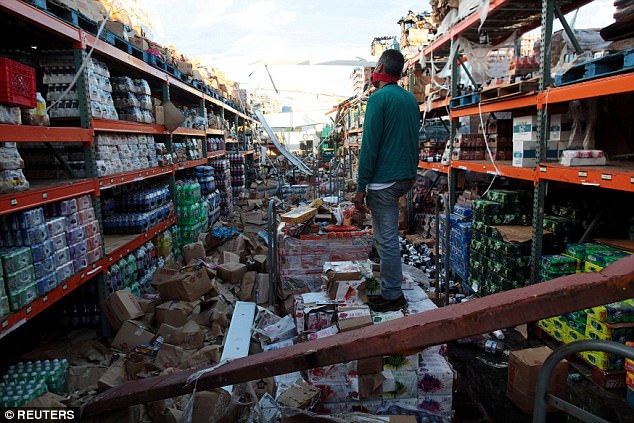 ‘Puerto Rico was totally destroyed’: Trump said the US military and first responders were doing an ‘amazing job’ in the wake of the category five hurricane

‘The military and first responders, despite no electric, roads, phones etc., have done an amazing job. Puerto Rico was totally destroyed.’

He then went on to criticize news coverage of the devastation from the category five hurricane.

Trump tweeted: ‘Fake News CNN and NBC are going out of their way to disparage our great First Responders as a way to “get Trump.” Not fair to FR or effort!’ 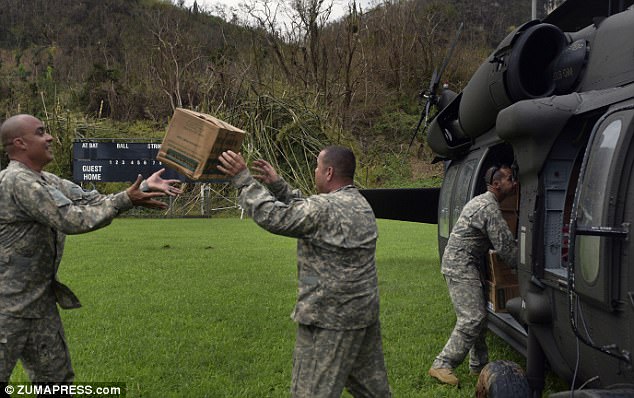 DHS Secretary Elaine Duke Duke said: ‘I know it is really a good news story in terms of our ability to reach people and the limited number of deaths that have taken place in such a devastating hurricane.’

In an interview with CNN Friday, Cruz seemed astonished by Duke’s comments.

‘When you have to pull people down from buildings –  I’m sorry, that really upsets me and frustrates me. ‘

Cruz then invited Duke to come witness the devastation of the towns and reconsider her statement.

Frustated, she said: ‘Dammit, this is not a good news story. This is a ‘people are dying’ story. It’s a life-or-death story.’