A former Trump adviser has revealed the depths of Donald Trump and Tom Brady’s longtime bromance, including how Trump spoke wistfully about making the Super Bowl Champion his son-in-law.

Months before Trump was elected president in the 2016 election, the candidate gave his New England Patriots quarterback pal a call to wish him happy 39th birthday that August.

According to former top campaign adviser Jason Miller, who was ousted after being accused of slipping a woman an abortion pill, Trump poked fun at the now six-time Super Bowl champion saying his married daughter Ivanka was ‘the only thing that you weren’t able to win.’ 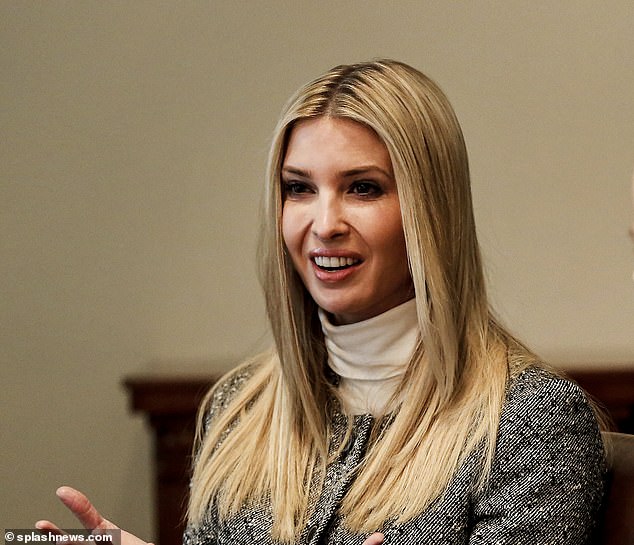 Miller dished on the 2016 call to Brady, saying the president was reminded of the footballer’s birthday by then-staffer Hope Hicks while in a car between campaigning events. 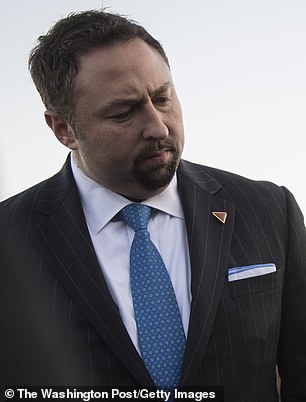 Jason Miller, who was ousted after being accused of slipping a woman an abortion pill, said Trump was known for ‘busting people’s balls’

The call went to voicemail.

‘The first 30 seconds were pretty conventional,’ Miller said, adding that the tone was upbeat and lighthearted.

According to Miller, in the message Trump praised Brady as ‘the greatest of all time,’ and said ‘they’re saying you might play ’til you’re 40′ years old.’

Miller said he became attentive when Trump said: ‘There was only one thing you weren’t able to do,’ and paused.

‘And he’s like, ”Ivanka chose Jared. That’s the only thing that you weren’t able to win at.”’, Miller recounted Trump saying.

Ivanka and Jared Kushner were married in 2009 and have three children.

A relationship between Tom Brady and Ivanka Trump was never rumored or made public, but Miller said Trump was known for ‘busting people’s chops’.

Donald Trump and Tom Brady have been longtime friends and golf buddies, despite politics.

Brady and Trump are known for going way back as golf buddies.

Things became rocky when Trump fiercely attacked athletes who knelt or refused to sing during the national anthem prior to football games.

Trump considered the protest an act of defiance and a lack of patriotism.

The backlash led Brady to critique the president saying: ‘I certainly disagree with what he said. I thought it was just divisive. Like I said, I just want to support my teammates.’ 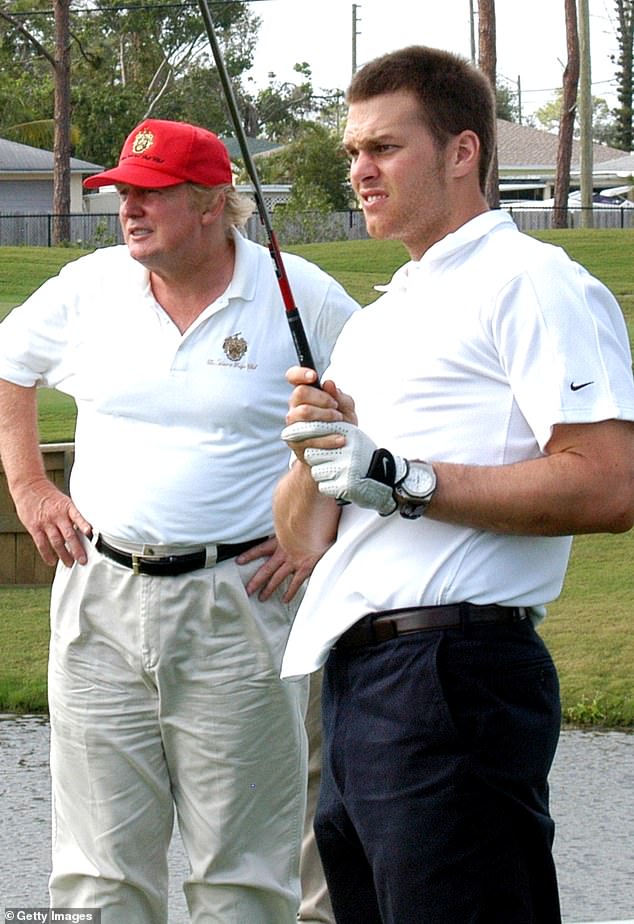 Trump and Super Bowl champion Brady have been longtime friends, pictured golfing in 2006 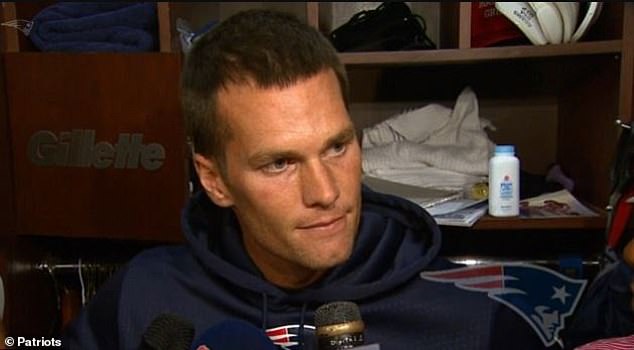 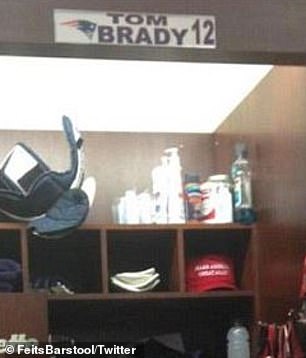 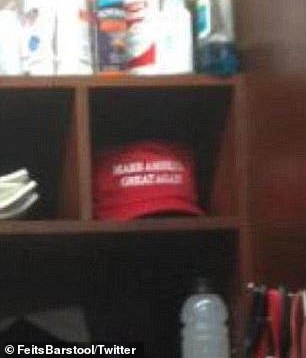 Since then Brady’s been seen locking arms with his black teammates when they refuse to place their hands on their hearts during the national anthem.

Brady’s remained mum about his friendship with the president in the past couple of years.

In a 2015 video interview Brady spoke with the press from his locker room and a red Make American Great Again hat was visible and perched on a shelf in the backdrop.

In 2016 Brady’s supermodel wife Gisele Bundchen said on Instagram that she and her husband would not support Trump in the election.

In 2017 Brady decided against visiting the White House with his team.

Still the president congratulated Brady on making it to the Super Bowl for the ninth time.

‘Congratulations to Bob Kraft, Bill Belichick, Tom Brady and the entire New England Patriots team on a great game and season. Will be a fantastic Super Bowl!’ Trump tweeted on January 20.

Brady is touted as one of the greatest quarterbacks of all time and now has six Super Bowl wins under his belt after Sunday’s win against the Los Angeles Ram.

In tradition, the winning team is expected to be invited to the White House.