President Donald Trump said he ‘may’ bring up election interference with Russian President Vladimir Putin during a meeting next week, as he revealed he has not stop seething about Jeff Sessions.

Trump said naming his former attorney general as the single ‘do-over’ he wishes he could have on his presidency.

Trump brought up Sessions, who recused himself from oversight of the Russia probe, unprompted when NBC’s Chuck Todd asked him to name one decision he would like to have back.

Trump immediately mentioned Sessions, rather than other former cabinet officials who resigned under a cloud of scandal, or any policy decision.

President Donald Trump said naming his former attorney general as the single ‘do-over’ he wishes he could have on his presidency.

‘I would say if I had one do over, it would be, I would not have appointed Jeff Sessions to be attorney general. That would be my one,’ Trump said.

‘That’s your, in your mind, that’s your worst mistake?’ Todd asked him on ‘Meet the Press.’

‘Yeah, that was the biggest mistake.’

Trump’s decision to name Sessions, and Sessions later recusal, led to the appointment of Special Counsel Robert Mueller in 2017. Mueller’s probe would eventually land Trump associates Paul Manafort and Michael Cohen in prison, with others including National Security Advisor Mike Flynn pleading guilty to lying to the FBI. 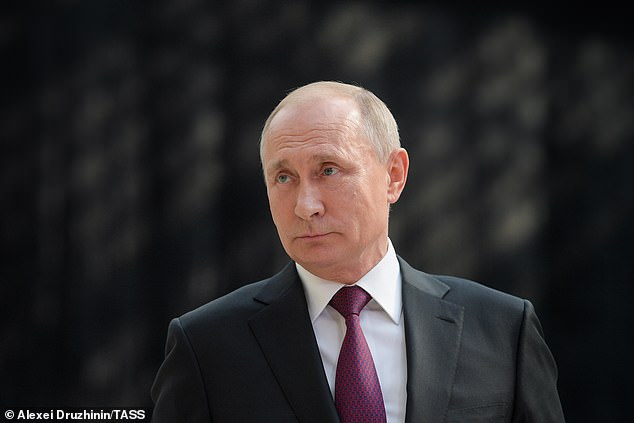 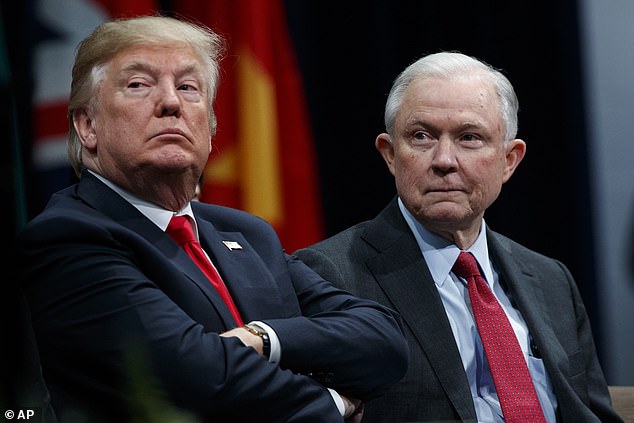 Trump’s efforts to undermine or, according to former White House officials, force out Mueller, formed the basis of an obstruction of justice investigation by Mueller. House Democrats continue to follow leads, questioning former White House Communications Director Hope Hicks about it last week behind closed doors.

Trump was vague about whether he would raise Russia’s election meddling with Russian President Vladimir Putin during their meeting in Osaka, Japan next week.

‘You’re going to see Vladimir Putin in a week … Are you going to address him directly about interference in 2020?’ Todd asked him.

‘I may,’ Trump responded.

‘Are you going to tell him not to do it?’ Todd followed up.

‘I may if you’d like me to do it, I’ll do that,’ Trump said, in a possibly sarcastic response that left the decision up to his interviewer.

‘Well, some people think that your answer that your answer last week invited him to do it again,’ Todd said, referencing Trump’s comments to ABC News last week that he would accept oppo information from a foreign power and might call the FBI.

‘Oh, that’s not true. That’s not true,’ Trump said, prompting Todd to ask: ‘Are you going to tell him not to and what are the consequences?’

‘My answer last week was both,’ Trump said, complaining about a clip aired by ABC. ‘I said both. I’d do both. Except they didn’t put it on. And when they did put it on people understood. But they didn’t put it on because they put a different segment on. So they ask me a question. But when I said, ‘Yeah, I’d do both,’ people saw that in the last version of it because the thing played like all weekend and on Friday. So it’s just more fake news. Chuck, there’s so much fake news,’ he concluded.

Trump did not say the reasons why Sessions was his worst error. In addition to recusing from the Russia probe, he developed the Trump administration’s zero-tolerance immigration policy.

Trump may yet get to work with Sessions again. Sessions is considering an Alabama Senate race following Roy Moore’s announcement that he will run. Trump has said Moore shouldn’t run.